In praise of Olympians having fun: They're called "games" for a reason 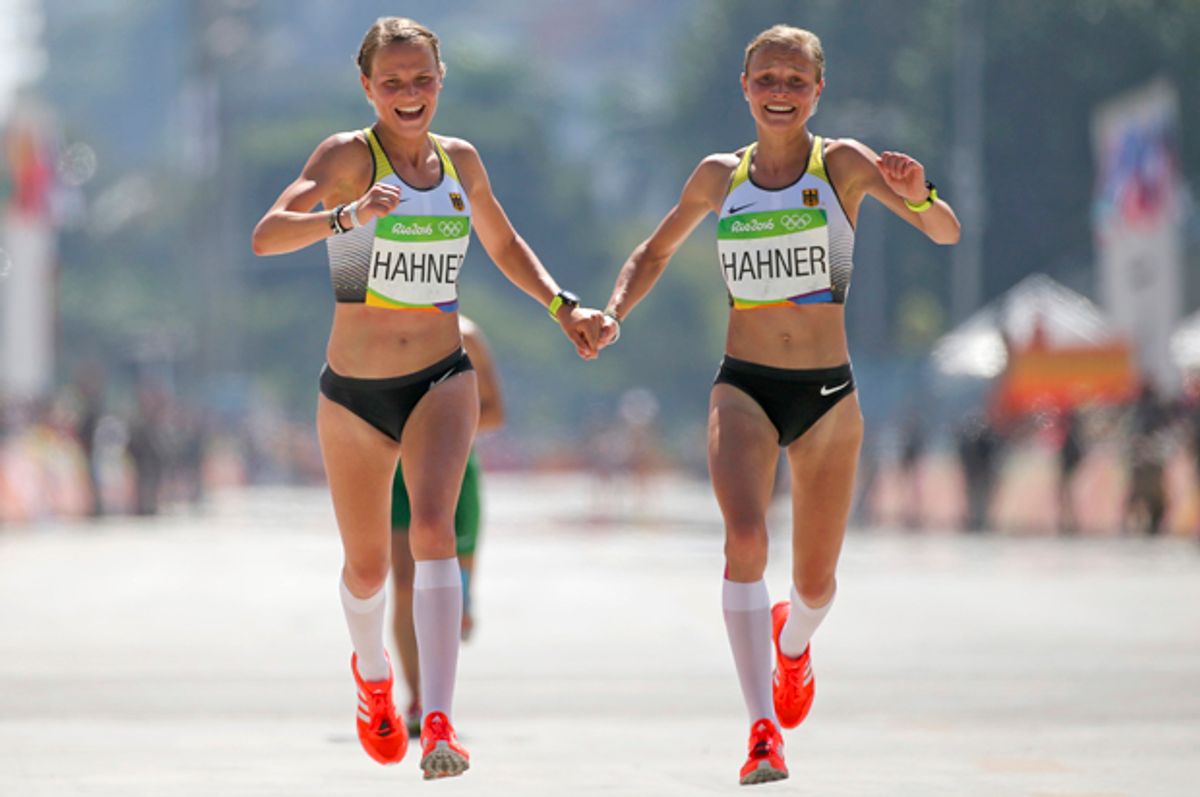 There are more than 11,000 Olympians in Rio right now and only three medals for each competition. But even if you're going to come in 81st or 82nd, it's still an achievement. So why not enjoy it? Yet German marathoners — and twin sisters — Lisa and Anna Hahner have come under fire this week for a simple celebratory gesture as they crossed their finish line.

When they finished the women's marathon event on Sunday, the Hahners, they did it together, smiling and holding hands. It was a photogenic moment of exuberant exhaustion, 21 minutes behind Kenya's Jemima Jelagat Sumgong's gold medal winning time — and well behind their own personal bests.

But the sports director of the German Athletics Federation, Thomas Kurschilgen, was not pleased. He sharply criticized not their time but their gesture, saying, "It looked as though they completed a fun run and not [an] Olympic [race]" and calling the hand hold "disrespectful and a slap in the face to all the other athletes in the German team." And, he said, "Every athlete in the Olympic competitions should be motivated to demonstrate his or her best performance and aim for the best possible result…. Their main aim was to generate media attention. That is what we criticize."

But Anna told The New York Times Tuesday that "It was a magical moment that we could finish this marathon together. We did not think about what we were doing. Neither the time nor the position was what made us happy but to know that we did the best that was possible that day."

The Olympics have traditionally been a more serious affair. But this year's crop of athletes, more than any previous one, has revealed itself to more lively and lighthearted. In addition to revealing the shocking reality that women get periods, Chinese swimming medalist Fu Yuanhui had already endeared herself to viewers with her un-self-conscious expressiveness. Spanish weight lifter Lidia Valentin Perez capped her triumphant, bronze winning performance with a cute heart-hands gesture. Even while trying to raise awareness of the threat climate change poses to his small island country Kiribati, weight lifter David Katoatau did so with his viral-ready dance moves. That's the spirit of the games, that's the joy of athleticism. And win or lose, there's no insult in what Kurschilgen snidely and dismissively calls "fun."