"The Birth of a Nation" controversy: Nate Parker's 1999 rape case and its haunting aftermath

Parker, acquitted in '01, responds to news of woman's suicide: "There are things more important than the law" 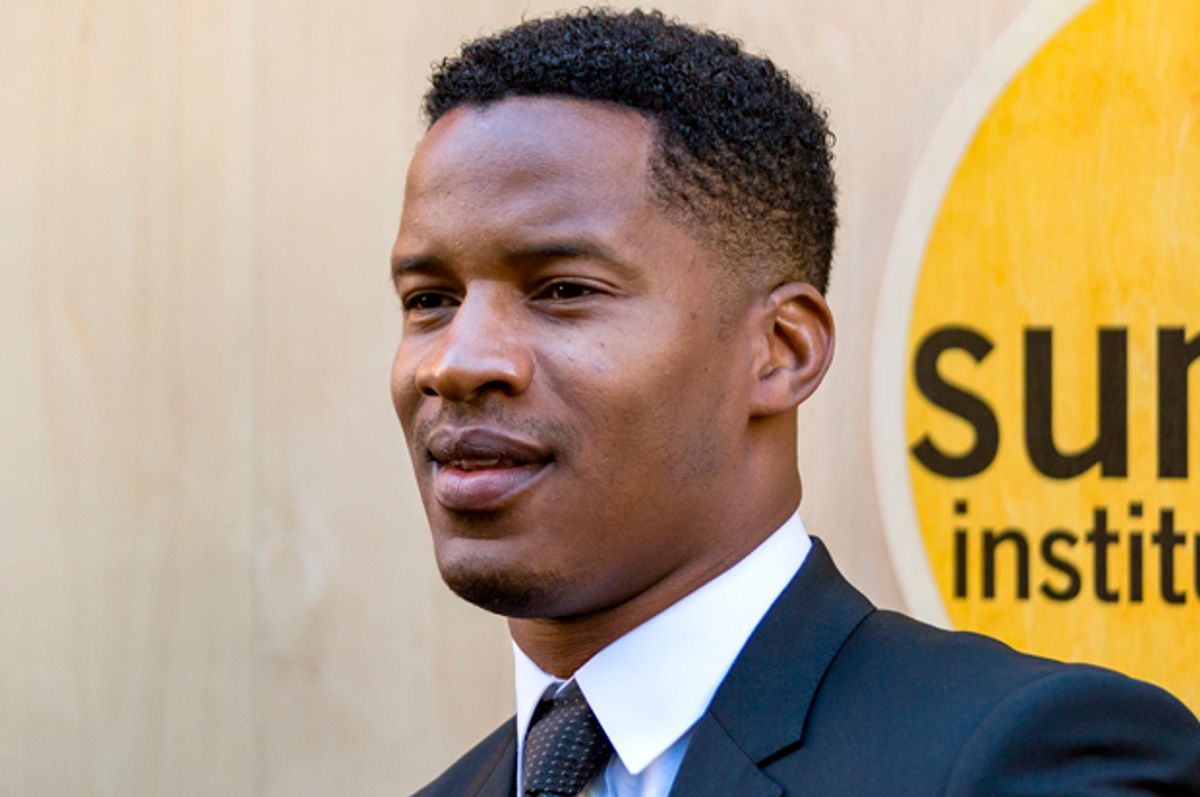 Nate Parker's "The Birth of a Nation," was a sensation at the Sundance Film Festival, where it was eventually sold to Fox Searchlight for a record $17.5 million. The film chronicles the life of Nat Turner, whose 1831 slave revolt led to the deaths of approximately 60 white plantation owners.

During a Q&A following its Sundance premiere, Parker said that "I made this film for one reason, with the hope of creating change agents. You can watch this film and see that there were systems that were in place that were corrupt and corrupted people and the legacy of that still lives with us. I just want you to ask yourself, 'Are there systems in my life that need attention whether it be racial, gender?'"

That question took on new meaning earlier this week, when he spoke to "Variety" about a rape trial, in which he and his "Birth of a Nation" co-writer Jean Celestin — both of whom were student-athletes at Penn State at the time — were charged in 1999 with sexual assault and rape of an unconscious 18-year-old woman after a night of heavy drinking. The filmmaker has always maintained that the sex was consensual.

Parker was acquitted in 2001. Celestin was found guilty, but on appeal his second trial was thrown out because the woman did not want to testify. Parker told Variety that "[s]eventeen years later, I’m a filmmaker. I have a family. I have five beautiful daughters. I have a lovely wife. I get it. The reality is I can’t relive 17 years ago. All I can do is be the best man I can be now."

Although true, it does not address the issue of his complicity on the night in question -- or that of the university, which settled with the alleged victim, identified in court documents as "Jennifer," for $17,500.

On Tuesday, "The Hollywood Reporter" revealed that after struggling with depression for years, 30-year-old "Jennifer" took her own life in 2012. Her brother, "Johnny," told "Variety" that Parker "may have litigated himself out of any kind of situation," but that his "position is [Parker] got off on a technicality."

In addition to pointing out Penn State's genuinely horrifying record on handling sexual assault cases, "Johnny" said that "by today’s legal standards, a lot has changed with regards to universities and the laws in sexual assault. I feel certain if this were to happen in 2016, the outcome would be different than it was. Courts are a lot stricter about this kind of thing. You don’t touch someone who is so intoxicated — period."

Parker responded to the news of his alleged victim's suicide on his Facebook page, writing in part that he "just learned that the young woman ended her own life several years ago and I am filled with profound sorrow...I can’t tell you how hard it is to hear this news. I can’t help but think of all the implications this has for her family."

"I cannot -- nor do I want to ignore the pain she endured during and following our trial," he added. "While I maintain my innocence that the encounter was unambiguously consensual, there are things more important than the law."