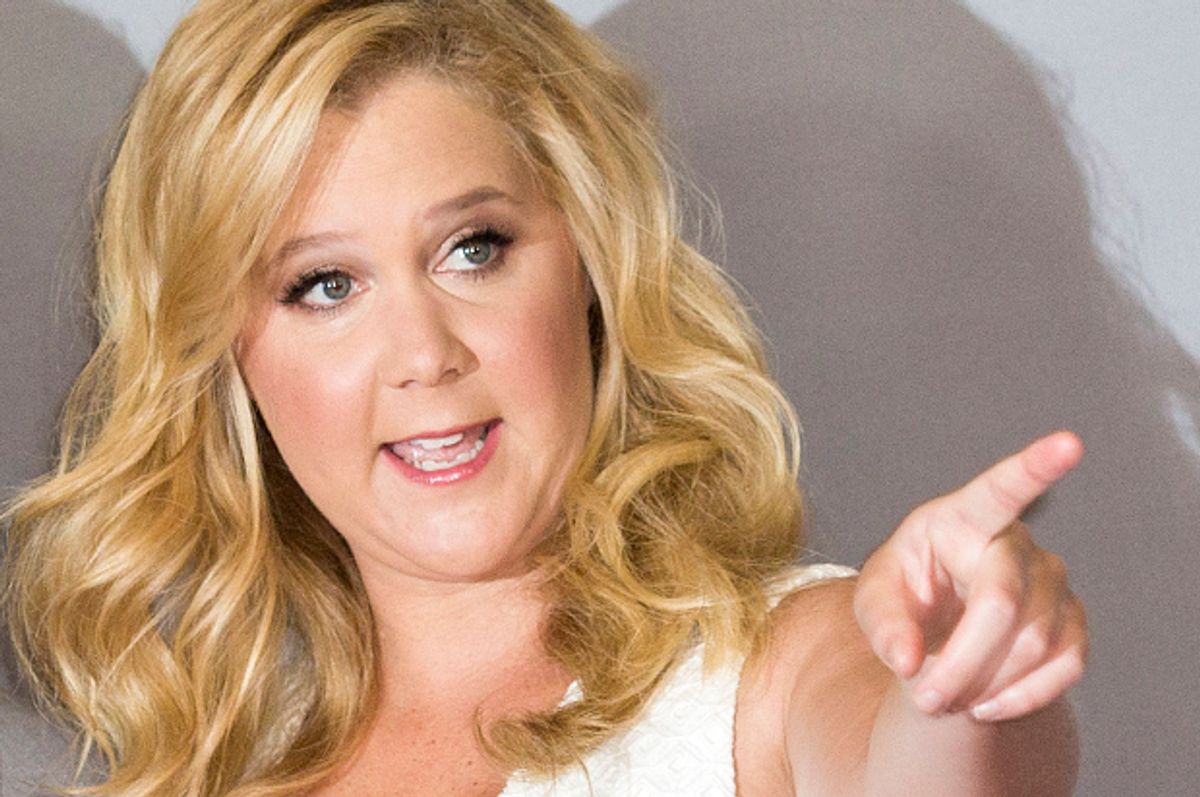 On Twitter late Wednesday night, Amy Schumer declared that her award-winning sketch comedy show, "Inside Amy Schumer," would not be returning for its fifth season:

Comedy Central had announced its renewal in January, and given the circumstances in which Schumer issued her statement, it's unclear how seriously she intended it. "The Hollywood Reporter" speculated that "Schumer could have been referring to 'Inside Amy Schumer''s production schedule, with Schumer currently in the midst of a massive tour to support her newly released first book."

However, the circumstances in which she made her announcement aren't trivial. The comedy community is currently involved in a vicious debate over the Upright Citizen Brigade's banning of Aaron Glaser after he was accused in a private Facebook forum of having raped multiple women who attended his monthly stand-up showcase. One of the writers of "Inside Amy Schumer," Kurt Metzger, rushed to Glaser's defense, writing:

Many feminists on Twitter queried Schumer as to how she could support someone so openly hostile to rape victims -- especially given her own openness in discussing sexual assault. Schumer replied that people need to "stop asking me about it. His words are not mine." When some on Twitter persisted, she blocked them, posting this by way of explanation:

Ten hours later, she issued her ambiguous pronouncement that "we aren't making the show anymore." Salon reached out to Comedy Central for comment and will update the story if they respond.

UPDATE: Schumer now says her show isn't cancelled, and that she was, in fact, referring to her current tour: