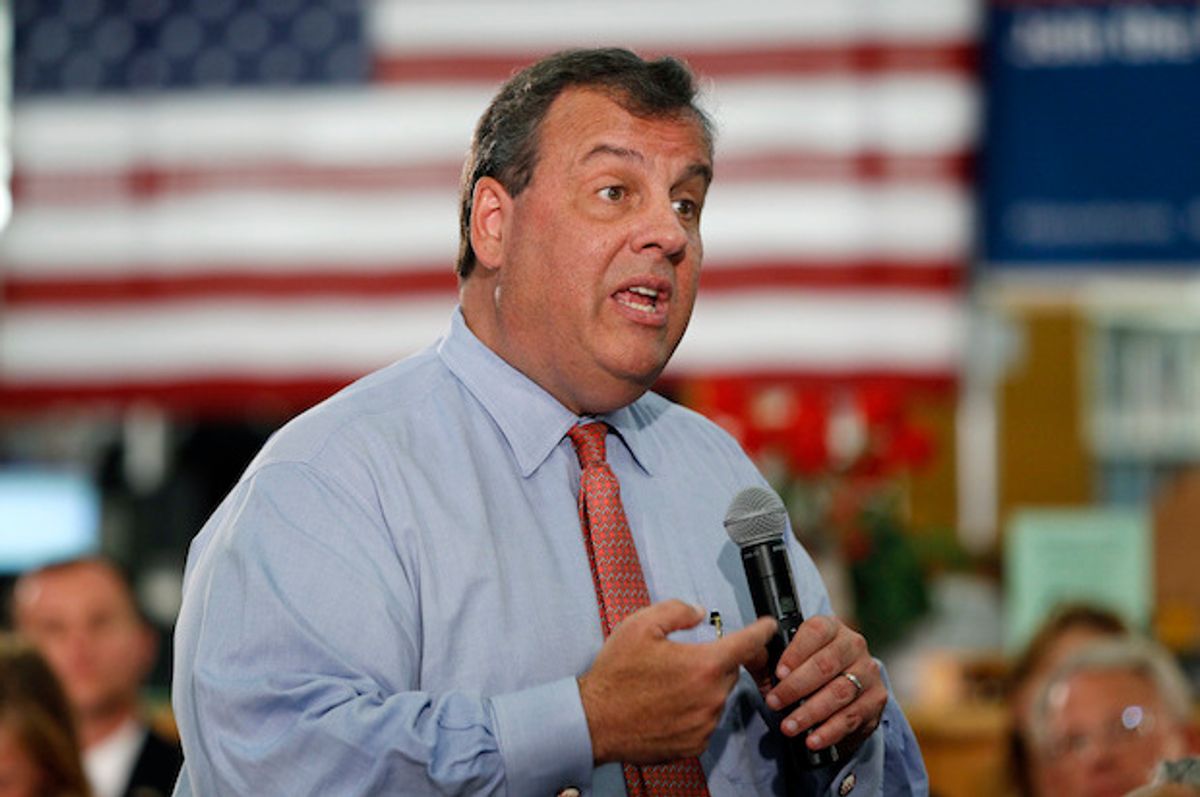 New Jersey Gov. Chris Christie has signed bipartisan-backed legislation that will punish groups that endorse a boycott of Israel in protest of its violations of Palestinian human rights.

Christie, who is one of the most outspoken supporters of far-right Republican presidential candidate Donald Trump, signed the bill on Tuesday.

It requires the New Jersey government to identify companies that support a boycott of Israel, raising fears that it would create a "blacklist" of institutions that back the growing Boycott, Divestment and Sanctions, or BDS, movement.

Under the new law, the State Investment Council, which manages more than $80 billion in pension assets, is legally obligated to divest from these blacklisted companies.

"Rather than punishing entities for expressing political opinions they disagree with through McCarthy-like blacklists and subverting the Constitution, New Jersey lawmakers should commend companies that have decided to follow in the footsteps of the anti-apartheid movement in refusing to further Israel's unlawful occupation of Palestine through boycotts and divestment," Gallagher said.

The state branch of the American Civil Liberties Union, or ACLU, blasted the new law as "a dangerous precedent for New Jerseyans' free speech." It warned that the bills, S1923/A925, raise "serious constitutional concerns."

"This legislation requires the state to punish companies because of the beliefs people there hold rather than any action they have taken," he explained.

Shalom added, "Now, the New Jersey government will be authorized to open investigations into people's speech and beliefs to tell whether a company's choice not to do business with Israel was based on political beliefs or other reasons, and to punish companies based on what they find."

Civil liberties groups have been monitoring the wave of anti-BDS legislation that has grown across the country, with the support of pro-Israel groups. The language in many of the bills is often very similar to that used in materials created by pro-Israel organizations.

There is a largely bipartisan consensus in support of these potentially unconstitutional bills, coming from both sides of the aisle. Gov. Christie is a hard-line Republican, but New Jersey's Democrat-led legislature passed the bill by a sizeable majority in June.

Rahul Saksena, a staff attorney at Palestine Legal, told Salon the legislation "will require the state of New Jersey to investigate political viewpoints and withhold investments from companies based on those political viewpoints. In doing so, it will unconstitutionally punish and chill First Amendment-protected activity."

"The right to speak out and to engage in robust debate about important political issues — including through boycotts — is a cornerstone of democracy and is enshrined in our Constitution," he said.

Saksena added, "It's alarming that Governor Christie has so eagerly trampled on this right."

Christie stood by his decision. While signing the bill on Tuesday, he said, "Israel is the beacon of democracy in a region that is constantly in turmoil." The governor noted that New Jersey does $1.3 billion in trade with Israel every year, and called it the U.S.'s "one, true and best friend."

Supporters of the BDS movement say otherwise. Since 1967, Israel has maintained a military occupation of Palestinian territories, in blatant violation of international law. Moreover, hundreds of thousands of Israeli settlers continue to illegally colonize the occupied Palestinian West Bank.

In periodic wars, the Israeli military has killed thousands of Palestinians. And Israeli occupation forces, as the U.S. State Department has recognized, use excessive force against and torture Palestinian civilians, including children; destroy Palestinians' property; and impose "severe restrictions" on their freedom.

Supporters says the BDS movement is the only way to pressure Israel to cease violating Palestinian human rights and abide by international law.

The U.S. government, however, "strongly opposes" the BDS movement, as President Obama said in a statement in February. Democratic presidential candidate Hillary Clinton has made it clear that she is a staunch opponent of the BDS movement, and has publicly demonized it.

The U.S. gives more than $3.1 billion in unconditional military aid to Israel every year — more than to any other country, by far. And the Obama administration is poised to increase it by a least an additional annual $1 billion.

Christie is by no means the only prominent U.S. politician to take action in an effort to punish human rights activists who support the BDS movement.

In June, New York Gov. Andrew Cuomo, a Democrat, signed an executive order that creates a blacklist of institutions and companies that support BDS and requires government institutions to divest their money and assets from these blacklisted groups.

Civil liberties advocates point out that the wave of anti-BDS measures is very clearly politically motivated, and poses a threat to Americans' constitutionally protected forms of expression.

"Government investigators should not have free rein to spy on New Jerseyans' political beliefs to check if they match the political opinions of lawmakers. No matter your viewpoint or opinion on the conflict in the Middle East, our constitutional rights to freedom of speech and protest must come first," ACLU-NJ's Alexander Shalom explained.

"The United States, as well as the world, has a long history of using boycotts as a form of political protest," he pointed out.

"Governor Christie undermined not only boycotting as a political tactic, but our founding principles of free speech and free association."