Monarchy in America? One of Trump's tax proposals would create a permanent aristocracy overnight

With his plan to abolish the estate tax, Donald Trump is offering up yet another gift to his rich pals 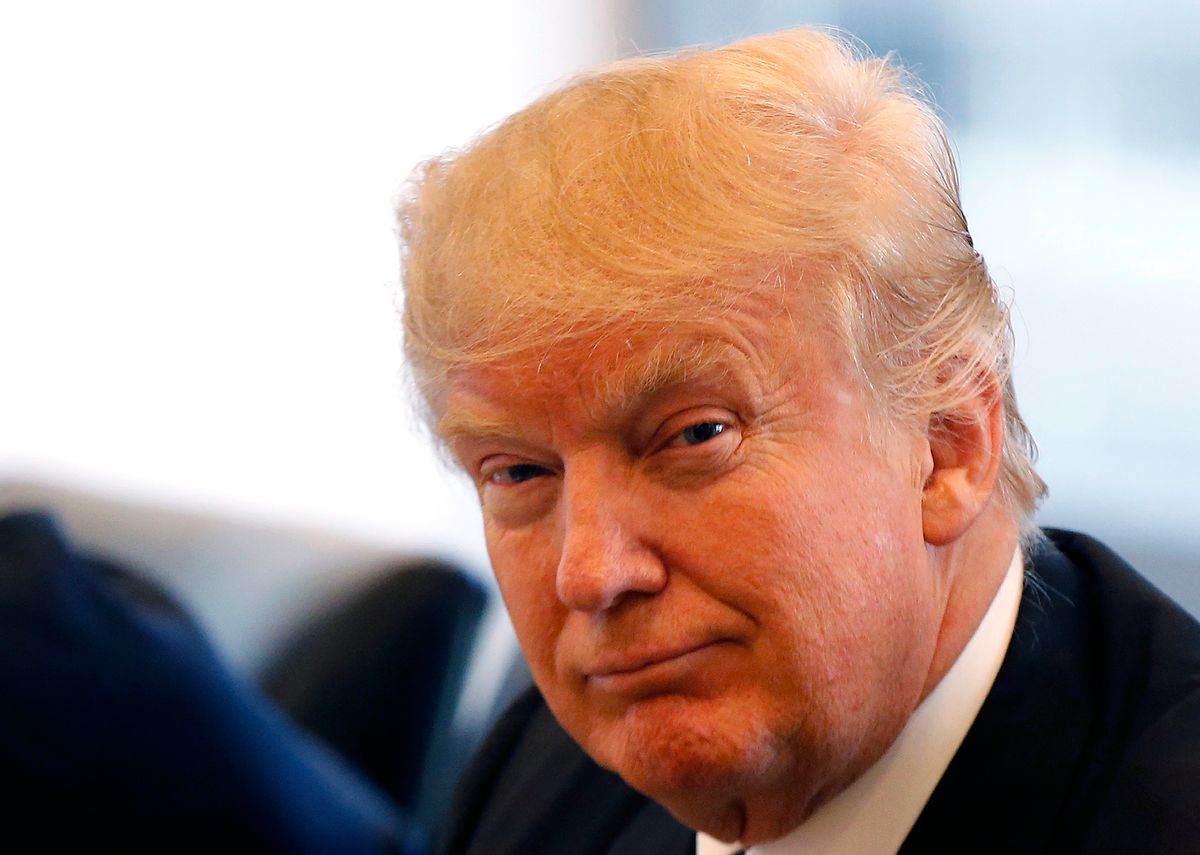 “There is a myth out there that…at heart, he’s really on the side of the little guy,” Hillary Clinton said recently of Donald Trump. “Don’t believe it.”

I agree. But I’ve never liked using the phrase “little guy” to describe America’s working men and women. A lot of people in this country are managing to survive against pretty long odds, and that's a pretty big accomplishment in my book.

I have nothing against anybody who was born rich. But if anybody is a “little guy” in this story, it’s Trump himself, and I’m not just talking about his hands. It takes a little heart to be born into such wealth and yet be filled with such self-regard and selfishness. It takes a little heart to want so much for himself and so little for others, to bring out the worst in our neighbors and be so cruel to the strangers at our door. Come to think of it, maybe we should call this spoiled child of privilege a "little prince.”

Trump’s empathy seems to extend only as far as his aristocratic peers, for they — and only they — will directly benefit from his economic policies. His tax breaks for rich people and corporations have received a lot of attention. But his call to repeal the estate tax is even more precisely targeted toward his fellow princes and princesses, the other children of billionaires and mega-millionaires.

Trump prefaced his call for a repeal this way: “American workers have paid taxes their whole lives, and they should not be taxed again at death, and it’s just plain wrong.”

Repealing the estate tax has been Republican policy for some time. But where most Republican politicians are merely servants of the ultra-privileged, Trump is one of them. If anybody knows how tiny a burden this tax imposes on the wealthy, it’s him.

Today’s estate tax is only imposed on less than 0.2 percent of households. Fewer than two estates in a thousand pay it. More than 2.5 million Americans die each year, but less than 5,000 estates were taxed in 2014. Only estates of $5.4 million or more must pay any estate tax at all.

As the Center for Tax Justice points out, the estate tax is highly progressive. The Center for Budget and Policy Priorities reminds us that the tiny number of estates that are taxed typically pay less than one-sixth of their value; that giant loopholes allow many of them to avoid the tax altogether; and that the largest estates are mainly made up of “unrealized” capital gains that have never been taxed at all. (So much for being “taxed again at death.”)

As for that consultant-crafted and focus group-tested phrase “death tax,” it’s catchy — and completely false. The estate tax is levied on the worth of what is left behind, which means it is paid by the living and not the dead. Fear not, Americans: death, like sunshine and butterflies, is still free.

Our tax system already favors the wealthy in many different ways. Now, with his plan to abolish the estate tax, Donald Trump is offering up yet another gift to his rich pals. Come to think of it, it’s a “friends and family plan” for Trump, since it would also presumably save his own children millions of dollars (although the narcissistic Trump may not really believe he’s ever going to die).

The estate tax will collect an estimated $270 billion in revenue over the next 10 years. At an average teacher’s salary of $56,310, that money could be used to pay nearly half a million teachers for an entire decade. It could be used to double the scope of Hillary Clinton’s infrastructure plan. Or, should Mr. Trump suddenly learn to love his neighbors, it would allow us to increase by nearly tenfold the number of refugees admitted into this country.

Trump would rather turn that revenue over to the wealthiest heirs and heiresses in the nation instead.

Trump won’t fight for the little guy. He is the little guy, at least in spirit. He’s only fighting for himself, and for the privileged boys and girls who are the only peer group he has ever cared about.