Pew poll: Majority of American men, 63 percent of Republicans believe sexism is over 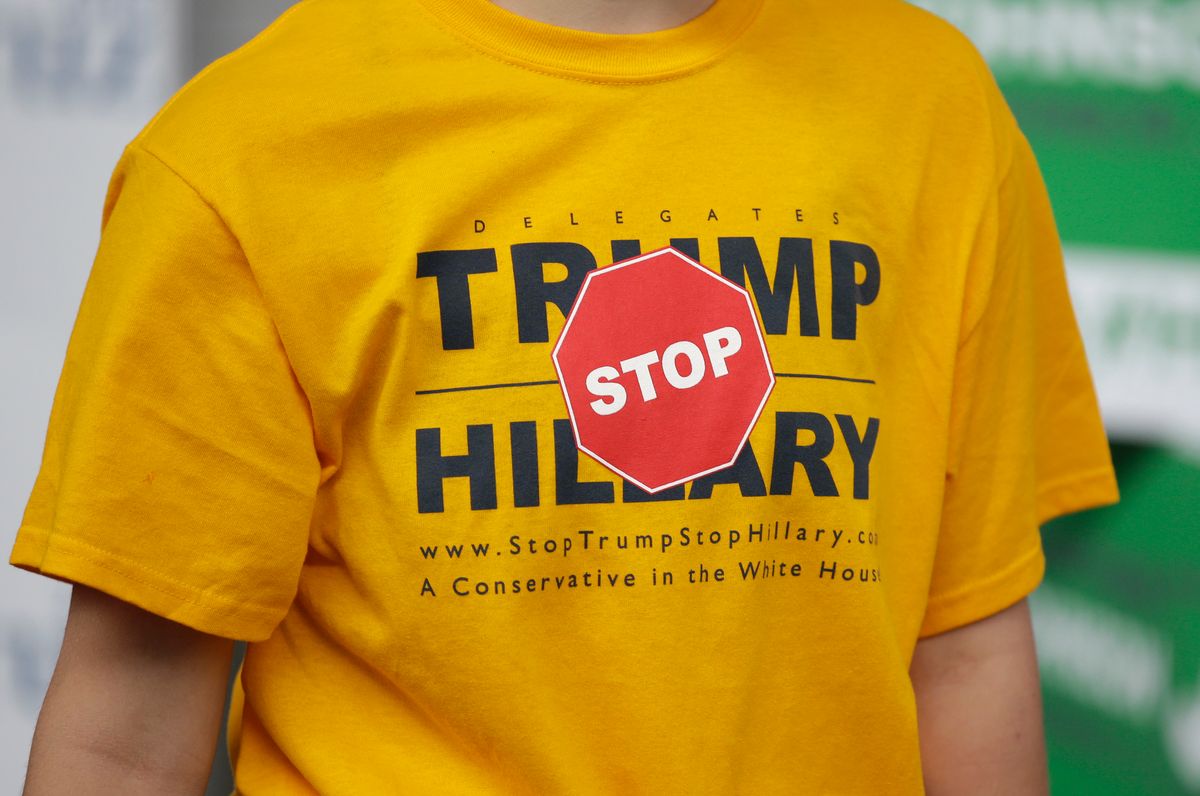 This April 23, 2016, file photo, a person displays their t-shirt outside of the Utah Republican Party 2016 convention, in Salt Lake City. Donald Trump has shattered the normal Republican consensus in Utah even more so than he has nationwide, activating fault lines under a normally stable electorate largely unified by a single religion. (AP Photo/Rick Bowmer, File) (AP)
--

Pew surveyed 4,702 adults from June 7 to July 5 on their attitudes about sexism in America. There’s a smaller gender gap among Democrats when it comes to believing that sexism is a thing. Of Democratic women, 74 percent think gender-based barriers still exist, compared to 60 percent of Democratic men.

Democratic men in all age groups are between two and three times more likely than their Republican counterparts to agree that "significant obstacles still make it harder for women to get ahead than men."

67 percent of respondents who denied the role of sexism in America indicated that planned to vote for Donald Trump, while only 27 percent of those who acknowledge sexism as a problem said they are voting for the controversial Republican nominee.

The 2016 Pew findings echo a 2013 Pew survey of Americans that found millennial men are the group most likely to say that all necessary changes to bring about equality in the workplace have already been made.