The trial-by-Netflix age: "Making a Murderer," "Serial" and the mixed blessings of media justice

Wildly popular entertainment products have changed the outcomes of cases. Is that how our system should work? 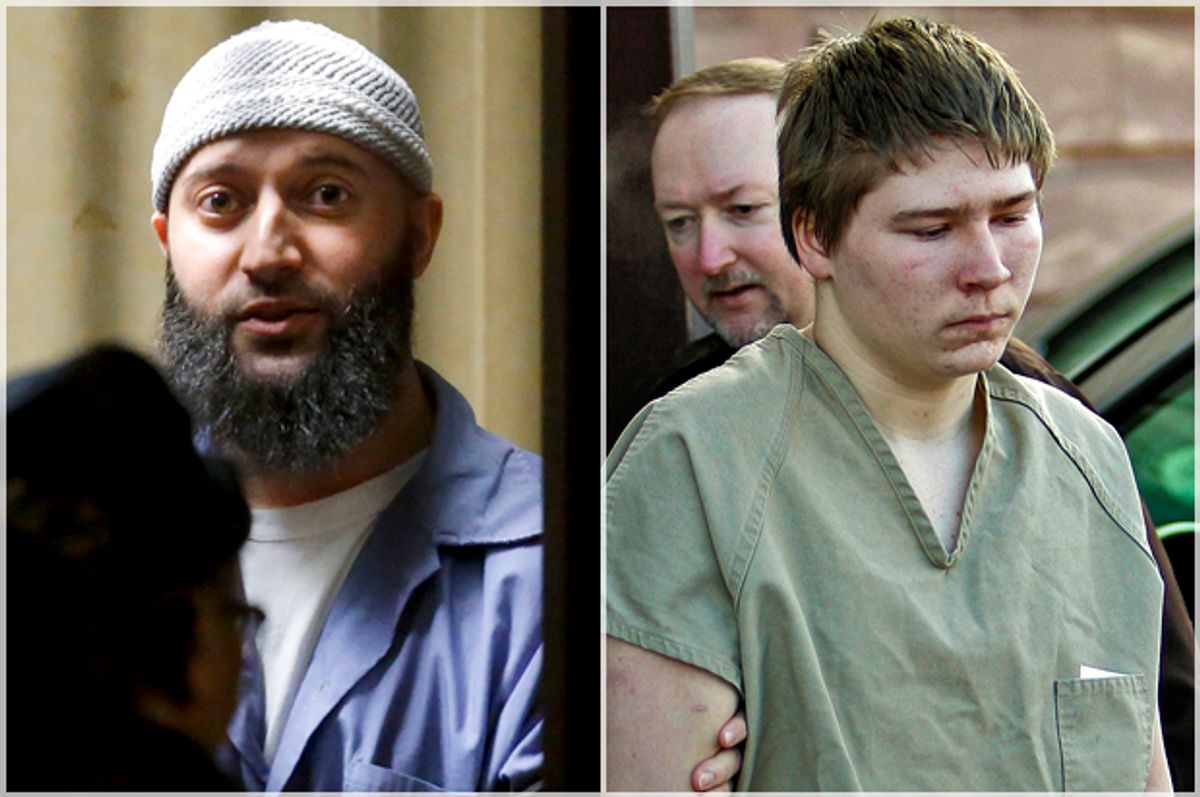 If you like culture that “makes a difference,” these are good times. An enormously engaging podcast has led not only to listeners getting a greater understanding of the justice system, it’s brought so much attention to a flawed murder case that it’s provoked a retrial. And a grimly entertaining documentary series about a murder case in Wisconsin has led to the overturned conviction of a confused teenager who appears to have been bullied into his confession.

The success and chatter around the “This American Life” podcast “Serial” — that first season, about the murder of a high school girl outside Baltimore, became the most popular and celebrated in the form’s brief history — and the Netflix series “Making a Murderer” makes it pretty certain that more programs like these will come down the pike. These are not true-crime, tabloid TV shows or angry radio rants, but well-researched, intelligently presented examples of their respective genres. They’re the latest addition to a tradition of cinematic documentaries — including Errol Morris’s “The Thin Blue Line” and Amy Berg’s “West of Memphis” — that look at dodgy cases and that sometimes lead to convictions being overturned. They're both also highly binge-able examples of serialized nonfiction, enjoying longer periods of buzz than a stand-alone documentary film might.

But while these are not exactly cases of “trial by media,” they are examples of popular entertainment altering decisions by the justice system, which is supposed to be impervious to these kinds of pressures.

Some involved with the cases, including victims and their families, have expressed frustration with the media exposure. But some critics have questioned the larger effect of this trend, too. In a thoughtful New Yorker piece, for example, Kathryn Schulz traces a history of the unfair-conviction efforts, but cautions that “we still have not thought seriously about what it means when a private investigative project — bound by no rules of procedure, answerable to nothing but ratings, shaped only by the ethics and aptitude of its makers — comes to serve as our court of last resort.”

The effort to take another look at convicted criminals — especially those who may have not had the education or resources to adequately defend themselves — goes back at least as far as the late 1940s, when the detective writer (and former lawyer) Erle Stanley Gardner wrote a column for Argosy magazine called “The Court of Last Resort.” (It briefly became a television show in the ‘50s.)

But television historian Tim Brooks says that shows about catching criminals, not exonerating them, have been both more prevalent and more popular than those that seek to exonerate the wrongly convicted. “TV picked up on [the questionable conviction trend],” he writes via email, “after it only emerged in real life.”

And indeed, the last few decades have seen a social-justice movement to assist the wrongly convicted; the most famous example is probably The Innocence Project, a nonprofit founded in 1992 which often uses DNA evidence.

Public interest in these shows is part of a larger trend within politics, the legal system and popular culture, says Ingrid Eagly, a professor at the UCLA school of law.

“I think it’s running on a parallel track to things like Black Lives Matter, cop-watching and The Innocence Project,” she says. “There’s been a growing consensus that the system has gotten too criminalized. You see state legislatures decriminalizing some things, President Obama issuing clemencies. And a sense that it correlates with race and poverty.” (Steven Avery and nephew Brendan Dassey, the defendants in “Murderer,” are poor, barely educated whites; Adnan Syed, the convicted killer who is the subject of “Serial,” is a Muslim of Pakistani descent. A new book, by Syed’s family friend Rabia Chaudry, an attorney who connected Syed to the team at “Serial,” frames his difficulties with the legal system as growing in part out of his religion and ethnicity.)

Eagly, who shows the documentary “Staircase” — which led to a new trial for a writer accused and convicted of murdering his wife — thinks these programs perform a public service. “The public, until recently, hasn't been as involved in criminal courts as they could be,” she says. “Criminal trials are supposed to be public, and the community — friends and family — are supposed to be involved.” But in the real world, the vast majority of cases — close to 97 percent of federal trials, and almost as many state trials, she says — end with a guilty plea before they ever go to trial. In some cases, these pleas come from innocent people pressured into confession as a way of avoiding lengthy sentences.

Part of what’s surprising, given public sentiment that celebrates “Serial” and “Murderer” for their ability to advocate for the wrongly convicted, is that the creators of these programs don't see themselves as crusaders.

Julie Snyder, executive producer of “Serial,” says she and host Sarah Koenig were attracted to Syed’s case not out of an effort to right a wrong, but to take a close look at a complicated process. “It wasn't completely clear what had happened,” Snyder says. “This was as case where we had a lot of questions, where there were a lot of layers.” It didn't seem to her to be as cut and dried as the usual wrongful-conviction case. “It became clear that this was a weird case — there was no obvious bias or prosecutorial misconduct. We’re drawn to stories with ambiguity, because it exists in real life.”

In fact, despite the fact that Syed’s murder conviction has been vacated — made legally void — Koenig confessed her confusion with the case throughout “Serial,” up until the very end of the season. She never entirely takes sides.

The documentarians behind “Murderer” — currently chasing developments in the Avery and Dassey cases for a second season and not available for comment — have tried to maintain a similar sense of nuance and integrity. One episode of “Murderer” shows a Dateline NBC producer telling the camera, “Right now murder is hot … And we’re trying to beat out the other networks to get that perfect murder story.” The duo who made “Murderer” are trying — we’re supposed to come out of this thinking — for something more subtle.

“We do not consider this advocacy journalism in the least,” show creator Moira Demos said at the Television Critics Association meeting in January. “We are not taking sides. If anything, this is a social justice documentary. As we said before, we chose Steven Avery because we thought his experiences offered a window into the system. We don’t have a stake in his character, in his innocence or guilt. That was … not the question that we were raising.”

Her partner, Laura Ricciardi, beat back criticism about their goals similarly. “This is a documentary,” she said. “We’re documentary filmmakers, we’re not prosecutors, we’re not defense attorneys. We did not set out to convict or exonerate anyone. We set out to examine the criminal justice system and how it’s functioning today.”

Still, “Making a Murderer,” is seen by some close to the case, according to The New Yorker’s Schulz, as “less like investigative journalism than like highbrow vigilante justice.”

The real danger, says Hollywood Reporter television critic Daniel Fienberg, is that a show or podcast can become so persuasive that audiences think they’re getting the entire story — the objective truth — behind a murder and the ensuing trials. “It’s wrong to think of any of these shows as being unmediated texts,” he says.

“In a better world we’d see investigative reporting doing this. We don’t live in a world like that any more, but we do live in a world where people do this as documentary makers. And documentary has a different set of criteria than journalism. These involve storytellers telling stories — so it will probably lean to the most sensational telling. And the more that we have success with these, we’ll get a lot of bad ones.”

In a better world, too, documentaries in various genres could look at the systemic flaws in the justice system instead of isolated cases here and there. But the human craving for narrative and characters may make it difficult to attract an audience for more sweeping coverage.

Snyder, of “Serial,” points out that these shows are not acting as judge and jury, but rather urging the legal system to do its job when it’s falling down on it. “I feel gratified because we’re causing the system to take another look,” because of serious legal flaws, she says — not mob justice. “I don’t think these cases are getting vacated convictions because of a high Netflix rating.”