A comedian walks into a "mob": "Inside Amy Schumer" writer's rant against antirape culture deserves a backlash 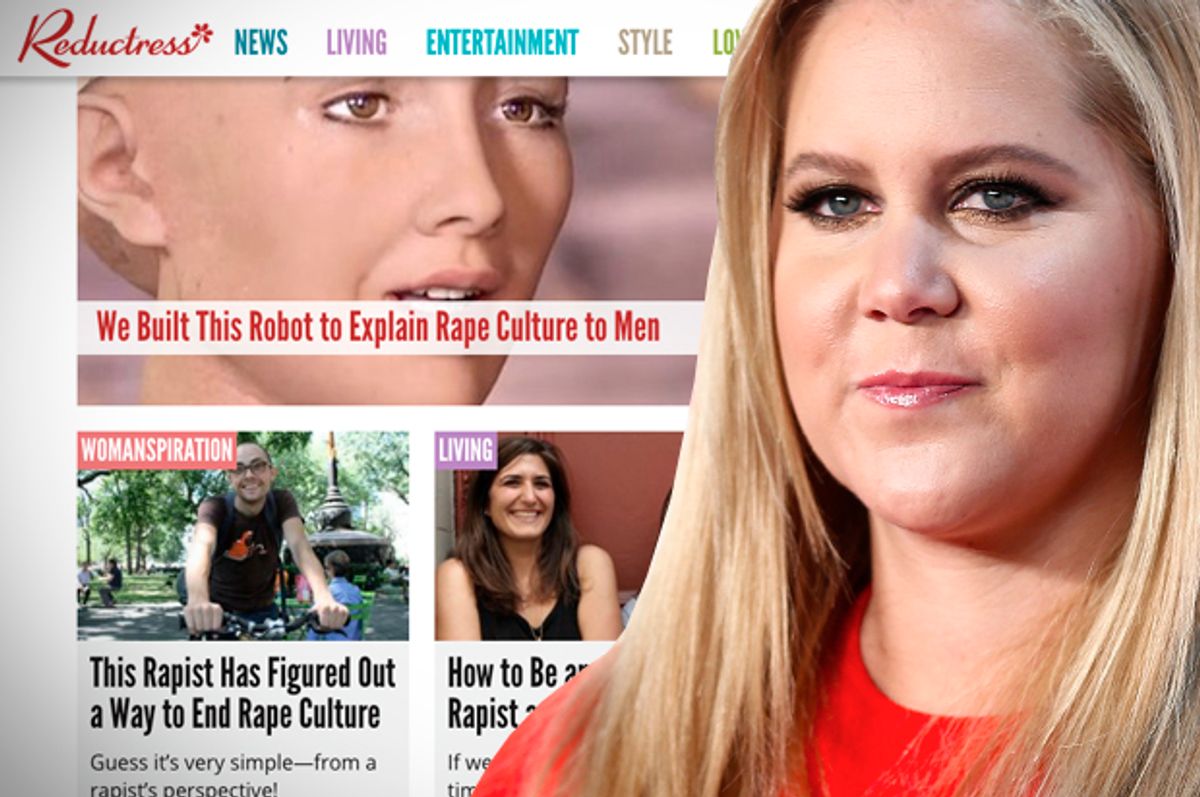 Facebook
Twitter
Reddit
Email
view in app
This week comedian and "Inside Amy Schumer" writer Kurt Metzger took a stand against a common target of modern ire, the much-reviled social media mob. Metzger wrote a series of posts on Facebook and Twitter denouncing the decision of Upright Citizens Brigade (UCB), the influential improv comedy organization, to bar a male comedian — whom multiple women had accused of rape — from performing. To Metzger, the banning of this comedian's performance was the result of an unacceptable form of "social mob justice."

Metzger has taken much heat for his behavior, prompting Schumer to denounce the writer's recent outbursts during a week when she should have been happily promoting the release of her new book, "The Girl With the Lower Back Tattoo." Schumer, who also attempted to shift things away from Metzger, suggested in an appearance on "Charlie Rose" that people focus less on taking him down and instead have a conversation about the issue of sexual assault.

It's worth pointing out that the reactions from Metzger and others to the UCB decision prompted humor site Reductress to compile a skillful satire series skewering rape culture — a reminder that the broader conversation is not being ignored.

But because Metzger's attitudes are shared by so many others, they provide as good a place as any for the start of a larger conversation, too. In the wake of his initial controversial post, Metzger claimed that people were hung up about the “tone” of his argument rather than engaged with its “substance.” But his purposely inflammatory style amounted to more than the occasional linguistic tic. It is a substantive claim to diminish  women's attempts to seek support from their social networks in the wake of a trauma. It is a substantive claim to suggest that women who disagree with someone deserve scrutiny about their face, hair and bodies. It is a substantive claim, amid an emotional and particularly vitriolic public meltdown, to assert that these women are driven by "emotion" not "logic." The extent to which these claims are gendered (read: sexist) is a matter of substance, not tone.

Metzger now has claimed that his beef was never with rape victims and their post-assault comportment but with bloggers whose sense of solidarity he perceives as self-serving and exploitative. But some of his Facebook status posts were directly addressed to victims ("you"), whom he urged to go to police. He further suggested that victims who do not have no right to complain about the backlog in rape-kit orders or police-mishandling allegations. This is a common line of reasoning and a faulty one. People show trust in government institutions that have proved themselves as trustworthy. It's not a citizen's obligation to put his or her blind faith in agents of the state, often undergoing additional trauma in the process, if he or she has no reason to believe it will do any good.

It's a shame for those who are interested in a nuanced, substantive, logical conversation about this matter because underneath some of Metzger's entitled rage and hyperbole lie glimmers of coherent points. An incredibly generous reading of Metzger's past assertion that sexual violence is no different than other forms of assault is that much of the trauma surrounding the former can be attributed to well-meant expressions of solidarity ("The attacker ruined her life!" "She is broken!" "She will never be the same!") and that some of the conversation about the seriousness of sexual assault relies upon the narrow-minded perception that a woman's sexual purity is central to her worth. Of course, "she will never be the same!" is, in a sense, strictly true, in that all a person's experiences define who she is. But victims of sexual assault, particularly if they engage in the kind of self-care that Metzger has dismissed as a trivial distraction, can go on to be happy and healthy people while their assailants might lead lives of pathetic sociopathy.

One reason why rape differs meaningfully from other forms of assault, however, is that context alone can separate it from another activity that is a natural and fundamental part of being a human adult — one that occurs with regular frequency. People don't often hand over their belongings to strangers in alleyways voluntarily. But people do go out and drink and return home with acquaintances whom they trust — and ought to be able to do so — to engage in a consensual, mutually pleasurable, private experience. When someone violates that trust, it is sometimes not just difficult, but impossible, to prove definitively that coercion occurred and that what happened was rape, not sex.

In our society, "legal justice" is defined as a mechanism by which ideally, the community incurs the risk of letting a guilty person go free to mitigate the risk of finding an innocent person guilty. Progressives tend to view this as a feature, not a bug. And, believe it or not, victims of sexual assault have their ideology and are capable of making rational, principled decisions! A victim might not go to the police because she knows that ultimately the question of what transpired behind closed doors will come down to a matter of who is perceived as telling the truth. It's possible to simultaneously be the victim of a sexual assault and to be someone not wanting to live in a society whose criminal justice system simply takes victims at their word.

This is a sad and painful reality that is also a side effect of a fundamentally sound — and often horribly executed — American ideal. The result is that, even if the criminal justice system were to operate seamlessly, as Metzger apparently trusts it does despite rampant evidence to the contrary, some rape victims would never see their assailants found guilty in court. Metzger's strange definition of "rapist" — as only someone who has had the title bestowed upon him by a police officer, prosecutor and jury — is not just illogical but deeply weird.

Luckily, social networks and voluntary associations don't operate like courtrooms. Friends and professional acquaintances are entitled to formulate opinions of people even if they have not been convicted of a crime. Given the low probability of a rape allegation being false, it is logical to assume that people are being honest when they claim they have been assaulted, particularly if multiple individuals have accused the same alleged perpetrator. Organizations are then entitled — and morally obligated — to prioritize the safety and comfort of some members over one person's. No one owes Kurt Metzger receipts.

The most important takeaway from this incident extends beyond the realm of rape culture: the danger of dismissing those who disagree with you as a “mob” and the importance of thoughtfully considering substantive critiques, even (especially) when the exercise is unpleasant. Schumer still seems reluctant to do so. And though sympathetic to those offended by Metzger, she didn't seem to appreciate why her professional ties to him were relevant. “People want to burn him at the stake! They want Kurt's head!” she told Rose in addressing her working relationship with Metzger.

I can appreciate the importance of wanting to have a broader discussion about sexual assault. And indeed "Inside Amy Schumer" has contributed daringly to that cause. Yet rape culture isn't an abstract issue. It isn't just about prevention but also accountability. If social media mobs are left demanding the latter, it's because the official channels haven't proved up to the task.