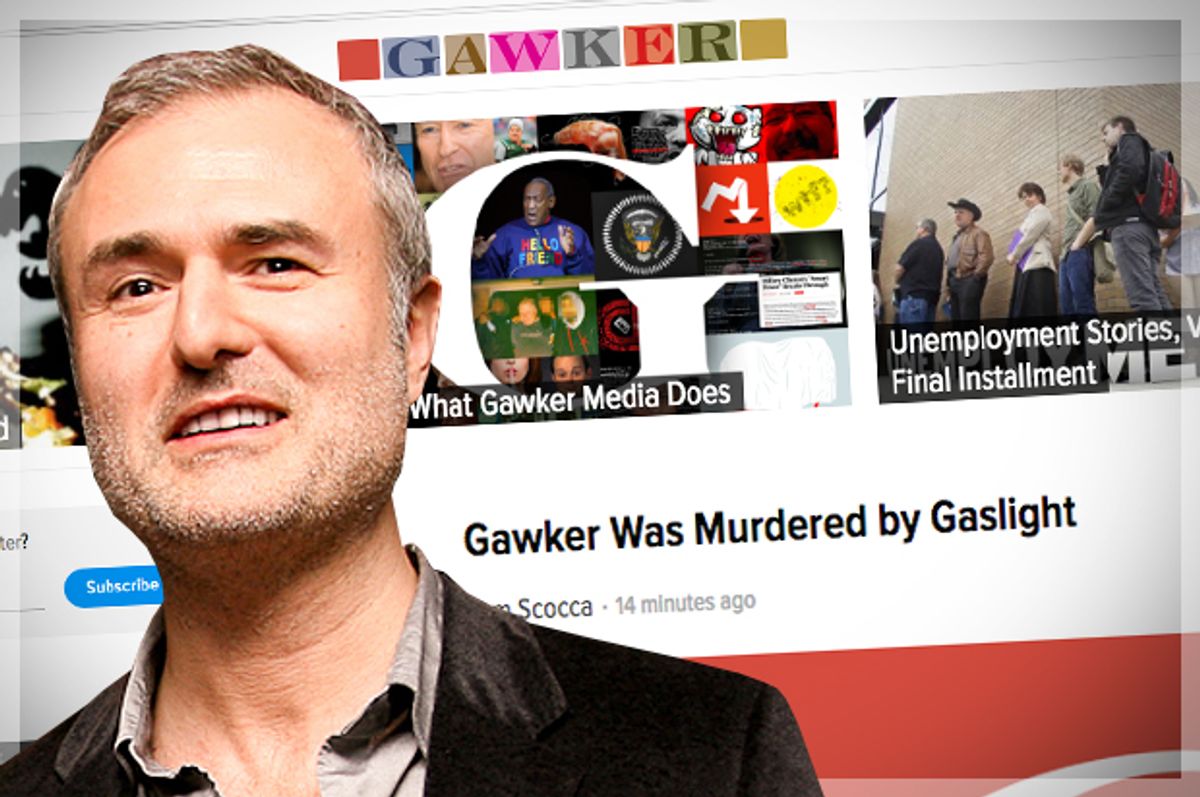 What’s the best way to say goodbye to an institution that’s a mix of bully and martyr? I’m not sure anyone has figured that out yet. But Gawker has spent Monday in a low-key public send-off that mixes nostalgia with irony but at least — as I filed this around 4 p.m. ET — little of its trademark nastiness.

Proof that Gawker didn’t have an ironclad house style is in its farewell posts. The most striking was by Choire Sicha, whose writing style manages to be both campy and warm, sarcastic and friendly:

A cool sunset does more for a hot publication’s glory than all the sweaty days of its actual word-pushing. As night falls — and night always falls, honey — plenty of beloveds return and gather round to tamp down the grave. Some come to tap-dance because every media graveyard has sad ghouls.

Sicha, who has not worked at Gawker for years now, ended the piece by admitting some nostalgia for the site and saying that readers will all feel it some day.

As eccentric as Sicha’s piece may be, Rich Juzwiak’s farewell made it look conventional. He began with a lengthy description of George Michael, offering:

Today, I realize that I’ve been jealous of George Michael’s agency, his ability to steer his career. Granted, he had no idea where it was headed (he never again saw commercial success like he did pre-Listen Without Prejudice), and his decision proved that freedom has its own trappings, but, wow, what a narrative: Pop star at the peak of his fame stops pandering and decides to make the music that he wants to make.

Defiance like that, he suggested, went into his writing for Gawker, along with a sense of humor: “I dusted as much as possible with a thin layer of satire, because this world and its inhabitants are fundamentally ridiculous but, overall, endearingly so.”

Gawker’s role as a satiric site — a kind of overgrown, meaner Spy magazine — may be the way peope will remember it. But I expect that over the next week or so, most of the eulogies will be overreaching. Given the fact that the Gawker empire was brought down by a vengeful billionaire, many of us in the press feel the need to defend it. But even leaving aside its most notorious pieces — the CFO outing and the Hulk Hogan sex tape — Gawker was a real mixed blessing for the online media.

For instance, Alex Balk wrote in The Awl:

Gawker published a lot of garbage, and the strident defense of that garbage by the people who worked at Gawker was all the proof you need that everyone is captured in their own web of dishonesty eventually; Gawker’s biggest lies were the ones it told about itself. But these errors were small in scale when measured up against the pervasive duplicity offered by the other publications Gawker was established to counter . . . Gawker was stupid, loud, bullying and ill-informed, and most days it was the only honest thing you could read.

I’m with Balk until the end. A person can resent some of what the mainstream press does — Judith Miller, for instance, or a least favorite newspaper columnist — but to call Gawker “the only honest thing you could read” is, I’m afraid, nonsense.

And Hamilton Nolan’s sign-off (“Wherever you go in this life, there is some jerk telling you what to do. Almost always. But not always.”) is a little romantic. Gawker set its writers free, and Nolan was one of the best of them. But sometimes limits and a sense of modesty are just as valuable as freedom. Gawker might still be around if it had realized this.