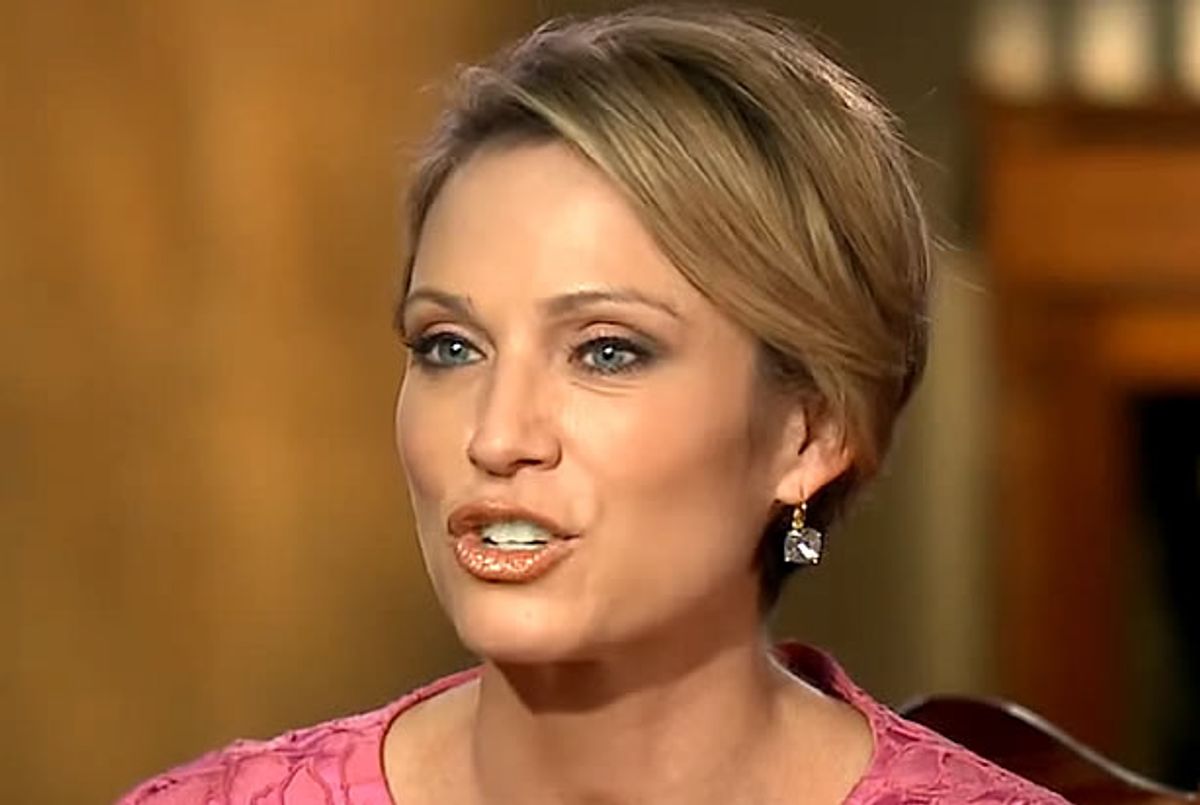 During a segment about the rumored casting of Zendaya as Mary Jane Watson in the upcoming "Spider-Man: Homecoming" film, "Good Morning America" host Amy Robach attempted to discuss recent controversies about diversity in Hollywood when she accidentally sparked a controversy herself.

"We all know," she said, "Hollywood has received recently quite a bit of criticism for casting white actors in what one might assume should be a role reserved for colored people."

She was referring to the white-washing of films like "Prince of Persia: The Sands of Time," "The Last Airbender," "A Mighty Heart," and "The Lone Ranger," to name but a few, but her point fell by the wayside because of how she made it:

In her statement to the Associated Press, Robach insisted that she "mistakenly said 'colored people' instead of 'people of color,'" calling it "a mistake and...not at all a reflection of how I feel or speak in my everyday life."