David Duke’s show cheers Trump-Breitbart merger: “We appear to have taken over the Republican Party”

Meanwhile, Trump is already boasting that he'll receive 95% support from African-American voters by 2020 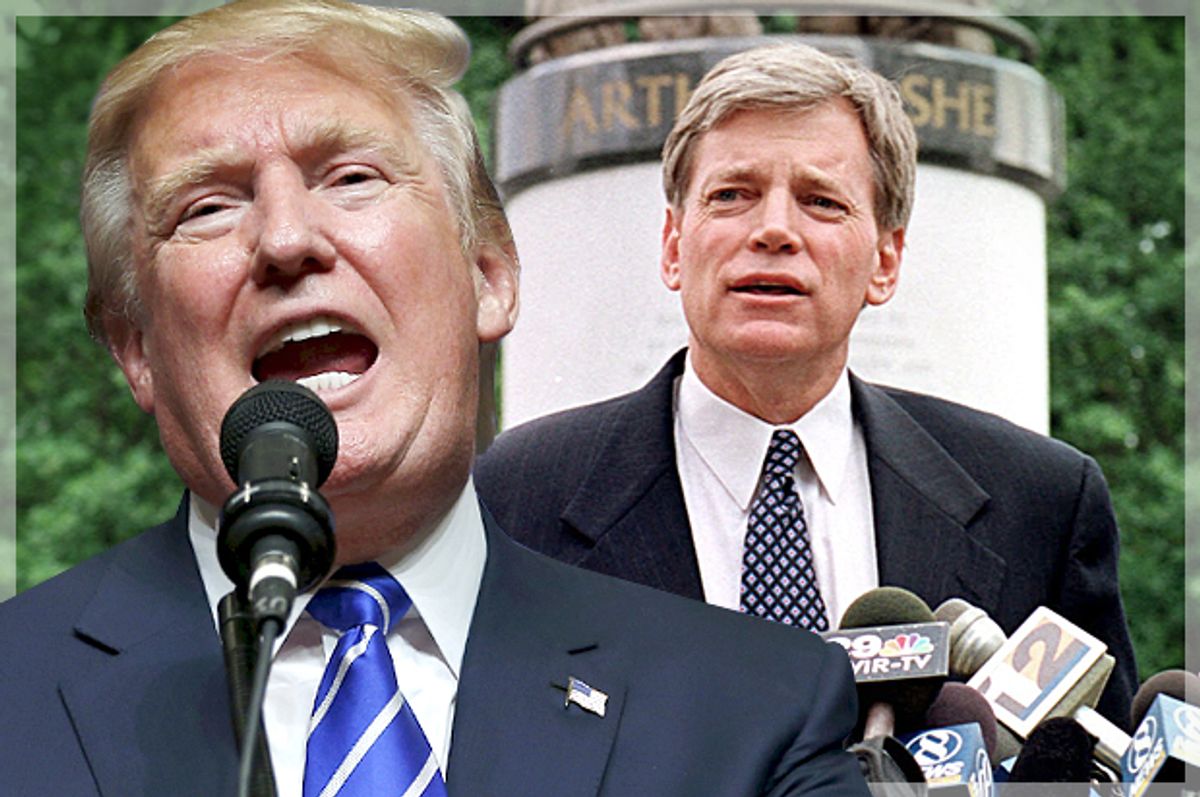 "You're living in poverty! Your schools are no good! You have no jobs," the Republican presidential nominee said of African-Americans to an all-white audience in Michigan last week. "What the hell do you have to lose?" Trump said, making his appeal to Black voters more clearly later in the week, adding that he is likely to receive 95 percent support from the Democratic voter base by 2020. In the middle of his campaigning to bring African-American voters back to the "Party of Lincoln, however, Trump mainstreamed an extreme right-wing website in America made famous for destroying the career of Shirley Sherrod.

"So, something astonishing has happened," Don Advo, from the white-supremacist friendly website Daily Stormer, said during David Duke's radio show. "We appear to have taken over the Republican Party."

Duke responded with a laugh.

"Well, rank and file," he acknowledged, "but a lot of those boll weevils are still in those cotton balls."

"The Republican Party may be a European-American populated party," Duke told Advo with a tone of measured skepticism, "but like a ball of cotton, you can have boll weevils in there that are going to rot it out from the inside."

Duke did not get specific about who the GOP “boll weevils” are.


The Southern Poverty Law Center reported that since Bannon took over at Breitbart "the outlet has undergone a noticeable shift toward embracing ideas on the extremist fringe of the conservative right. Racist ideas. Anti-Muslim and anti-immigrant ideas."

According to former editor-in-chief Ben Shapiro, "Breitbart has become the alt-right go-to website, with [Breitbart’s technology editor] Yiannopoulos pushing white ethno-nationalism as a legitimate response to political correctness, and the comment section turning into a cesspool for white supremacist mememakers.”