Meet Kobe Bryant, venture capitalist: For starters, there are 100 million reasons not to bet against him

With a $100 million investment fund and a plan to seed tech start-ups, the retired NBA legend is not playing around 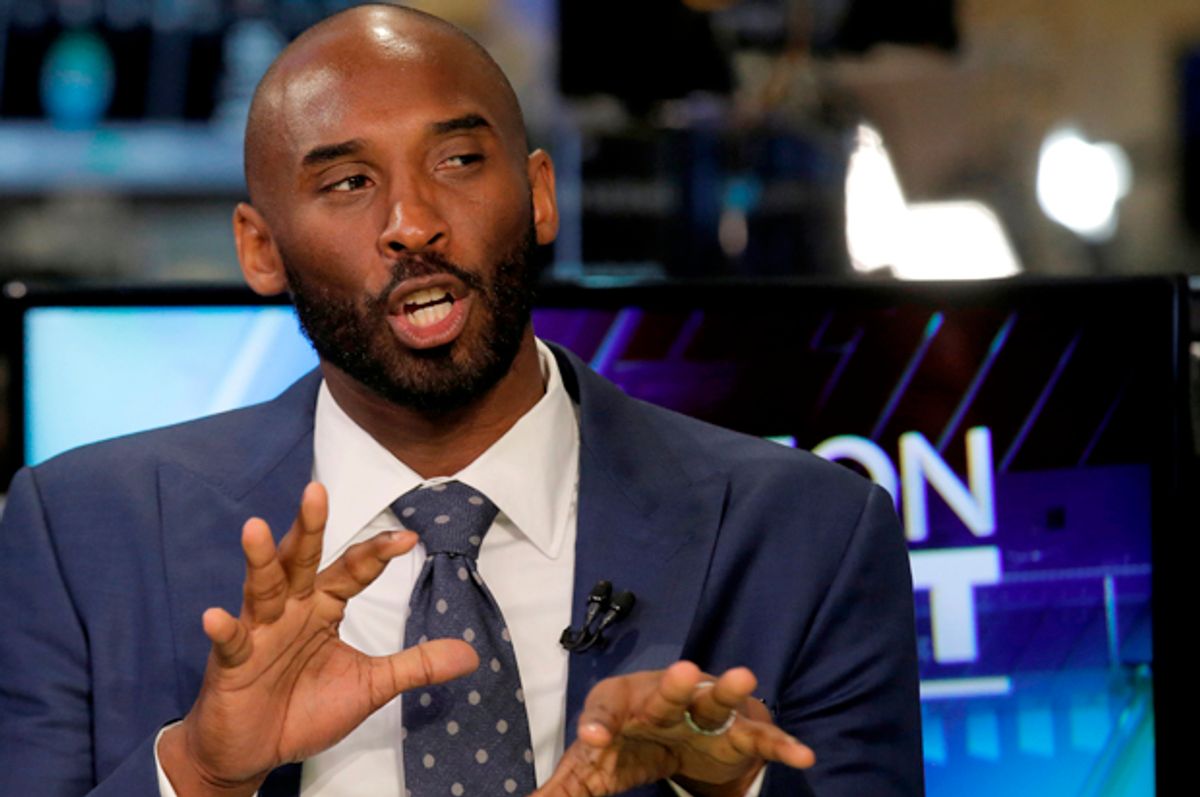 Can one of the most decorated players in NBA history bring the prowess he showed on the basketball court to a venture capital fund? Kobe Bryant, who retired at the end of last season following a 20-year career with the Los Angeles Lakers, certainly thinks he can.

On Monday, the 17-time All-Star and 5-time NBA champion announced he was forming a $100 million venture capital fund called Bryant Stibel in conjunction with Jeff Stibel, a brain scientist-turned-entrepreneur. The fund will focus on technology, gaming and media — an approach that builds on more than a dozen deals the two have quietly made together since 2013, including investments in mobile gaming company Scopely, legal services provider LegalZoom and home juicing system maker Juicero.

Stibel brings to the table considerable experience in growing companies like Web.com and Autobytel. And Bryant? Before you make a joke about his contributions to the company hoops team, consider: Bryant, who turns 38 today, is already a big business. He has amassed years of experience in branding and marketing, culled from his relationship as a sponsor. Bryant's business mentor is no less than Nike CEO Mark Parker, who's also helped him hone his investment skills.

“There are a lot of similarities between trying to build a career in sports with longevity and in business, too,” Jon Sakoda, general partner in Silicon Valley-based investment firm NEA told the Wall Street Journal. “Athletes are taken incredibly seriously by entrepreneurs.” Sakoda’s firm invests in sports website Players Tribune, founded by former New York Yankee shortstop Derek Jeter in 2014. Stibel and Bryant are also co-investors Jeter’s business.

And sports stardom has long been a springboard to entrepreneurship. Case in point: Boxing legend George Foreman began selling branded indoor electric grills in 1994, the same year he regained his world championship title at the unlikely age of 45; he later sold full rights to his name for $137 million to the grills' manufacturer, Salton Inc. There are an equal or greater number of cautionary tales, too. Numerous athletes have been targets for financial fraud or risky investment deals by scam artists. Others have simply failed to replicate the success they had in sports in the business arena — like baseball pitcher Curt Schilling who crashed and burned in attempt to found a computer game developer. And numerous famous athletes lost their proverbial jerseys trying to pursue entrepreneurial efforts, including former major league center fielder Lenny Dykstra, who lost tens of millions on a series of business ventures that led him to declare Chapter 11 in 2009 and later serve time in prison for bankruptcy-related crimes.

Bryant is taking a more careful approach, and unlike so many athletes who've been lured in by grifters, he’s going into the venture capital business with a partner who is a known and proven confidant and who is sharing the risk by contributing his own money to the fund. And, at least in interviews, Bryant talks about following a long-term vision like a seasoned investment advisor (who often rely sports metaphors themselves).