GOP's next move on Obamacare: With "repeal and replace" all but dead, can they be trusted to "fix" the law? 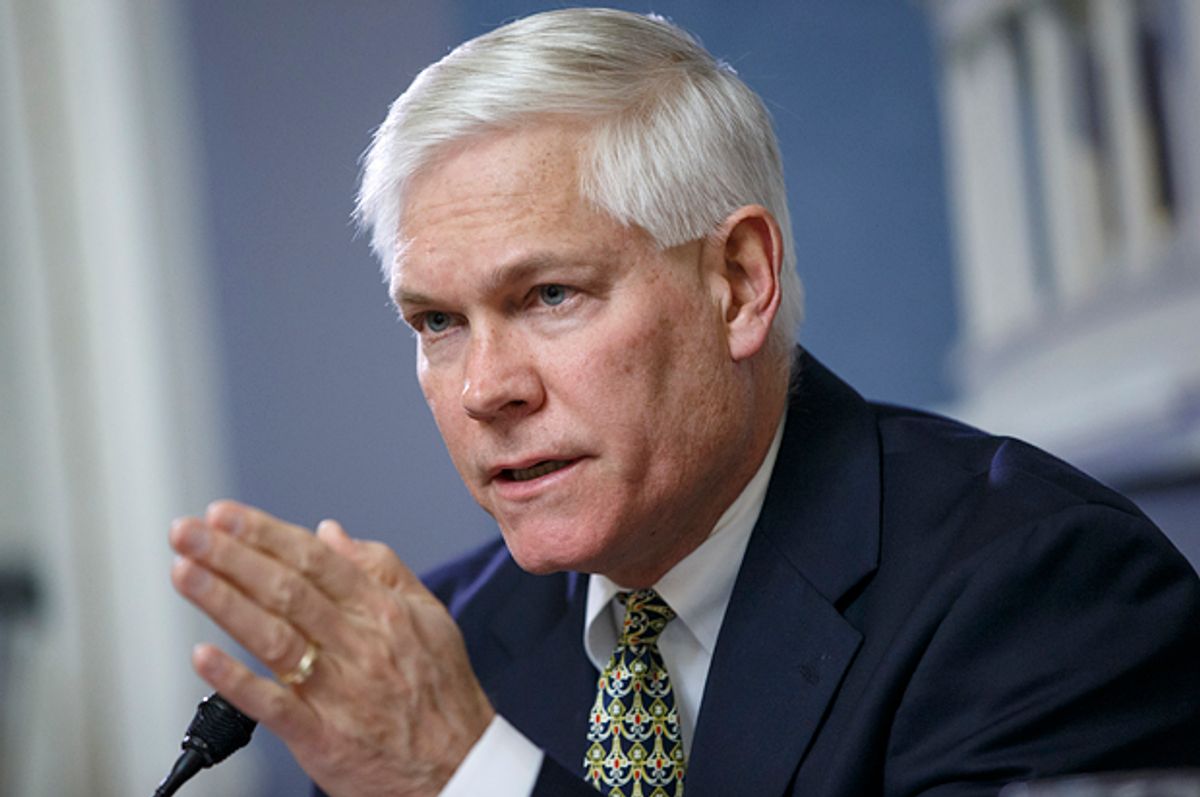 If you’re looking for a good sign that Republicans in Congress aren’t holding out much hope for a Donald Trump victory in the presidential election, I’d point you to this Bloomberg Politics story on the surprising, almost unbelievable willingness of House Republicans to talk openly about working with President Hillary Clinton to “fix” Obamacare.

Obamacare repeal has been the inflexible position of the GOP for nearly six and a half years. Hard-line opposition to the law powered them to control of the House in 2010, and after seizing the Senate in 2014 they shifted attention to the White House, arguing (correctly) that it was the final piece necessary to bring the dream of Obamacare repeal to life. But then Trump hijacked the primaries, usurped all the viable Republican candidates, and now finds himself trailing Hillary Clinton badly in almost every state that matters. A Clinton presidency means Obamacare’s certain survival, and Republicans might be coming around to the likelihood of that outcome.

As Bloomberg notes, Republican politicians are facing pressure of a different sort. The Affordable Care Act has hit some hard bumps of late, with major insurers backing out of the state-based marketplaces due to financial losses. You’d think Republicans would be celebrating this news, but as Bloomberg notes, “many of the areas most affected by a potential loss of coverage are represented by Republicans.” The likelihood of a Clinton presidency combined with the urge to protect constituents from higher insurance costs (or dropped coverage) leaves really only one practicable option: working with the Democrats on Obamacare tweaks.

The obvious question that arises from this is whether the Republicans can be trusted to actually help “fix” the ACA. There’s several years' worth of bad faith tainting the very idea that Republicans might become willing partners in Obamacare’s survival. Ultimately it all comes down to what they propose to do to “fix” the law. Here’s Bloomberg Politics again, on the strategy being pursued by Rep. Pete Sessions of Texas:

Sessions introduced legislation in May with Senator Bill Cassidy, a Louisiana Republican, that would repeal only the Affordable Care Act’s individual and employer mandates, while setting up an alternative system of insurance subsidies that Sessions says could co-exist with Obamacare.

Clinton would probably regard the Sessions-Cassidy legislation, titled the World’s Greatest Health Care Act of 2016, as little more than a stealthy attempt to undermine the Affordable Care Act. Nonetheless, "I think she would want to call us," Sessions said in an interview.

Clinton should absolutely view that legislation as a poison pill, because that’s precisely what it is. Kicking out the individual mandate is tantamount to dismantling the Affordable Care Act. It’s one of the three legs of the “stool” – along with the premium subsidies and coverage requirements for health insurers – that make the law work. There is no "co-exist[ing] with Obamacare" in this scenario because there would be no Obamacare.

We've seen this sleight of hand before. For those who care to remember last year’s King v. Burwell drama, there was a tremendous amount of speculation about what the Republican-controlled Congress might do if the Supreme Court invalidated Obamacare’s premium subsidies in a majority of states. A number of “fixes” were put forward, and one of the more popular ideas was Sen. Ron Johnson’s proposal to extend those subsidies temporarily, in exchange for eliminating the individual mandate. That plan, had it been adopted, would have wreaked havoc on the insurance markets. “Weakening or eliminating the individual mandate could result in adverse selection that would raise premiums and threaten the viability of the market,” the American Academy of Actuaries wrote in a policy brief responding to the proposed King v. Burwell legislative “fixes.”

So for the moment, there’s plenty of reason to believe that the Republicans would enter into the post-2016 Obamacare “fixing” process with the law’s demise as their ulterior motive. And it very well may be the case that no congressional “fix” will be needed to address the ACA’s current issues. As I reported last week, experts say the problems that are impelling insurers to leave the market can largely be addressed by boosting enrollment in the marketplaces, and there are ways to do that that don’t require Congress to do anything. President Hillary Clinton would probably be well-served in exhausting all those options before entering into negotiations with congressional leaders who claim to believe Obamacare is literally destroying the country.

Regardless of what happens, one has to appreciate the fantastic irony at play here. Officially, the Republican mantra on Obamacare has been “repeal and replace,” though the “replace” portion of the equation was always pushed off, since the GOP could never come to a consensus on what its plan should look like. After years of broken promises and seemingly endless delays, House Speaker Paul Ryan finally unveiled the Republicans’ (underwhelming) Obamacare “replacement” in June – just in time for Donald Trump to sabotage their hopes that a Republican president would get to implement it. So now they’re left gazing into the not-too-distant political future and trying to figure out strategies for coping with the continued existence of Obamacare.