Three senators disagree, and want the company to explain the five 15 percent price hikes since October 2014 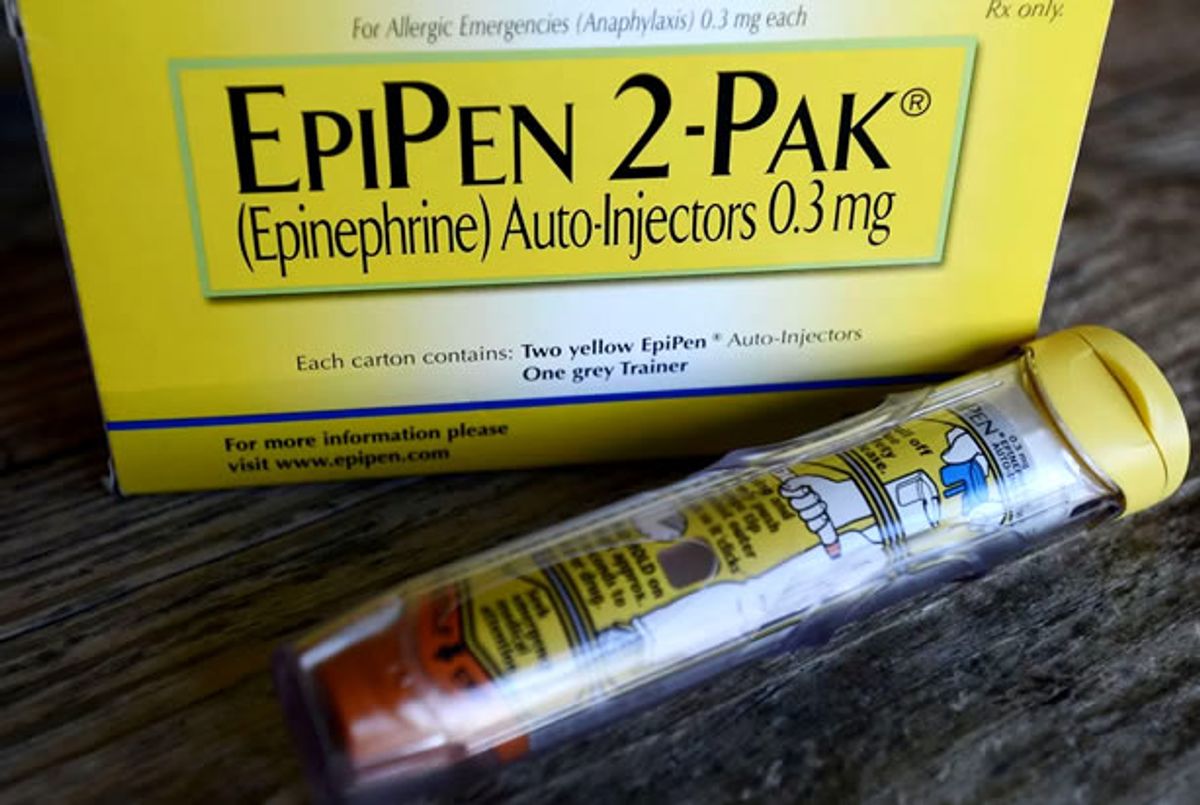 Mylan NV's 450 percent price hike for the EpiPen isn't simply this season's Martin Shkreli, it's threatening the lives of the 3.6 million Americans with food or bee sting allergies who rely on the device to prevent -- or at least forestall the full-blown symptoms of -- anaphylactic shock.

That matters little to the company's CEO, Heather Bresch -- daughter of Democratic Senator Joe Manchin (WV) -- who has overseen five 15 percent price hikes since November 2013. A package of EpiPens which once cost $75.80 now can cost as much $633.66, and unlike Shkreli's manipulation of the price of daraprim -- which was odious, no doubt -- Mylan's price-gouging doesn't simply involve a subset of Americans suffering from a single disease, but millions of Americans suffering from numerous and potentially fatal allergies.

Moreover, in 2013 Mylan used $4 million and its congressional connections to push the School Access to Emergency Epinephrine Act through Congress, a bill that encourages school districts to stock epinephrine auto-injectors, meaning that not only is the company forcing consumers to pay an artificially inflated price for the medication -- it's compelling taxpayers to do so as well.

And that has, finally, drawn the ire of Congress. Republican Senator Chuck Grassley (IA) and Democratic Senator Richard Blumenthal (CT) both contacted Mylan inquiring about the price hikes, and Democratic Senator Amy Klobuchar (MN) demanded the Federal Trade Commission and the Senate Judiciary Commission investigate why they've occurred. The reason, however, appears quite clear -- a lack of generic competition.

In fact, it's so difficult to acquire a generic alternative that, according to CNN, many users are purchasing epinephrine ampoules and filling their own syringes instead. Of course, given that delivering a precise amount of the drug is crucial to its effectiveness -- in October 2015, the Auvi-Q device was discontinued because it couldn't do so -- this alternative could be as deadly as the reaction the drug is intended to treat.

To date, Mylan's response has been to continue to tout the importance of its auto-injector -- a fact which no one actually doubts. The company has "worked tirelessly over the past several years advocating for increased anaphylaxis awareness, preparedness and access to treatment for those living with potentially life-threatening (severe) allergies. Ensuring access to epinephrine -- the only first-line treatment for anaphylaxis -- is a core part of our mission."

At least for those who can afford it, that is.