On Nate Parker, and lessons my father tried to teach me about rape

The "Birth of a Nation" director's 1999 case invites us to examine rape culture — but do we have the will? 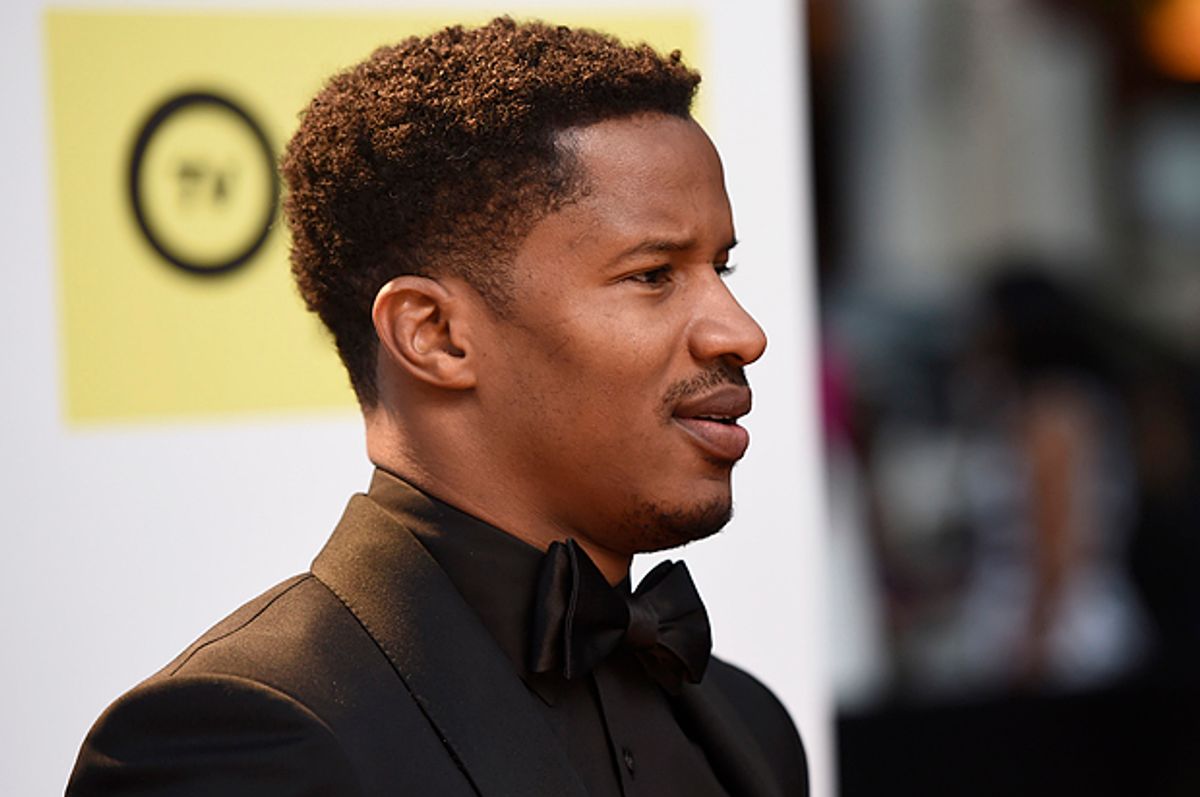 When the details resurfaced of the 1999 college rape case against "Birth of a Nation" filmmaker and star Nate Parker, many were disgusted by the horror described in the legal documents: Two male students eager for sex allegedly ganged up on a young, intoxicated female student.

Once charges were brought, Parker and his then-roommate, Jean Celestin, say the encounter was consensual; the now-deceased victim said it was not. Parker was acquitted and Celestin’s case dropped in the throes of legal drama, but the young woman remained tortured until her suicide in 2012 at age 30.

In his response to news of the death of his accuser, Parker expressed “profound sorrow” in a Facebook post, but stopped short of an apology.

“There is morality; no one who calls himself a man of faith should even be in that situation,” Parker wrote.

“Situation.”  It’s such a curious and ambiguous word choice.  Was it being drunk?  Was it taking part in group sex or “gang-banging” a fellow student?  Was it allegedly not asking for consent?  Although Parker is the focal point of this current debate, the scenario actually sounds quite familiar in a culture where rape and sex are “blurred lines” that become a Billboard hit.

Perhaps that’s why when I was about 15 years old, my father tried to prepare me for this culture of rape, by handing me a book.

I was sitting in the living room doing homework, when he set down a worn copy of a memoir by acclaimed journalist Nathan McCall titled “Makes Me Wanna Holler: A Young Black Man in America.” The page corners of a book chapter called “Trains” had already been folded down to make it easy to find.

“Make sure you read that chapter,” he said, then walked away to iron his uniform for work that evening.

Now to fully understand this interaction, you have to envision my father — a tall, dark and stoic African-American man, born in the middle of the Civil Rights era of the 1950s and hardened by the harsh realities of northern de facto segregation. He was a blue-collar working, George Clinton Parliament-Funkadelic playing, Army veteran, who took pride in ironing his clothes daily.  I only saw him shed tears once my entire life, standing over the casket at my grandmother’s funeral.

But here he was telling me there was something I needed to read.  So I opened the book.

Vanessa was new to the neighborhood, a beautiful girl and a virgin, who found herself in the back room of a house thinking she was there to meet a friend. Except once she arrived, a group of boys sprung out of the closets and from underneath the bed and blocked the door. They threatened her with violence if she didn’t have sex with all of them.  This was called a train.

McCall recalled wanting to help Vanessa when he saw the desperate look on her face as she realized what was about to happen. He wrote:

“She looked so sad that I started to feel sorry for her. Something in me wanted to reach out and do what I knew was right — and do what we all knew instinctively was right: Lean down, grab Vanessa's hand and lead her from that room and out of that house.

“But I couldn't do that. It was too late. This was our first train together as a group. If I jumped on Vanessa's behalf, they would accuse me of falling in love... Everybody would be talking at the basketball court about how I’d caved in and got soft for a b*tch.”

As I read the details of the story, I felt sick.  My young mind had so many questions.  Why didn’t her friends help her? Wasn’t this rape? And why was it considered weak to love a girl?

McCall took part in the train and described becoming even closer with the neighborhood boys in the aftermath.  It was simply a rite of passage. They would go on to run trains on many more girls, acts McCall said he would regret once he had his own children years later.  But as often is the case, a woman’s dignity is sacrificed for the sake of affirming masculinity.

When McCall’s book was released in 1994 it became a bestseller and was praised as a ground-breaking memoir, but also condemned by many feminists and women’s advocates who could not in good-conscience overlook the rape details.

“It's unfair to judge a book by a single chapter,” Robin Abcarian wrote in a 1994 LA Times review. “But after reading "Trains" in Nathan McCall's "Makes Me Wanna Holler," I felt too sick and disgusted to read the rest of the book.”

Today there are two Nate’s with a lot in common.

Nathan McCall was never charged with rape, but his story highlights everything wrong with how our culture teaches boys to envision sex, themselves and women.  McCall lived to tell it, still experience commercial success and says he is a changed man, saying in a 2014 interview with Ebony magazine, "A whole lot of things go into shaping who people are and I am not the sum of all my actions. I committed violence, but am I a violent person at my core? No. This is not who I am. I am capable of so much more.”

Nate Parker was charged with rape and acquitted.  He retold his story for the sake of telling another story ("Birth of A Nation").  Except Parker did it in 2016.  Where the public gaze is harsher and facts one Google search away.  And intersectionality more understood.  With a generation less willing to overlook misogy(noir) for the sake of racial unity. But perhaps like McCall, he can demonstrate that one chapter in his life doesn't have to be his entire story.
Only time will tell whether people will accept Nate Parker’s "Birth of a Nation" story for its art or whether the only hero who survives the latest court of public opinion will be the real Nat Turner.

But in the scrutiny of Parker and the tragedy of his accuser’s suicide, there is opportunity.  We must look deeply at the culture that produces “trains,” rapes, and toxic masculinity.

As a grown woman, I now understand my father’s attempted lesson about rape was wholly imperfect. The best he could do was give me a book. He didn’t have the words or model to talk to his young daughter about rape culture — but at least he had the will.

Do we?  Or must we rewrite the same stories again and again, with different characters and plotlines, but always, always, the same sad and tragic ending.