The Zombies walk again: "You can get better, as singers and players — but you have to work at it" 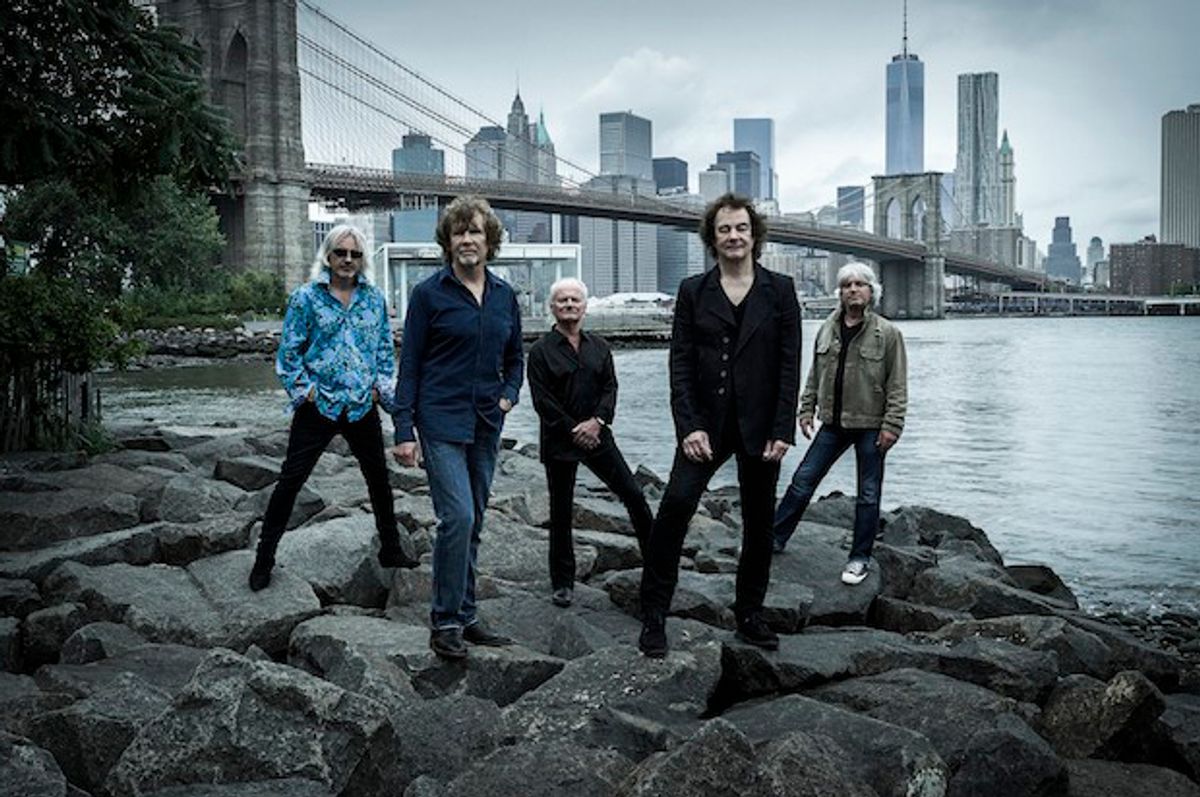 The Zombies (The End Records/Andrew Eccles)
--

For a band whose original career was brief — it broke up in 1967 before its second album came out in the U.S. and two years before its biggest hit — The Zombies have proven enormously influential. Most British Invasion bands dug deep into American R&B and blues and got stuck there. The suburban London band led by singer Colin Blunstone and keyboardist Rod Argent started out covering Bo Diddley and Muddy Waters but then ventured into jazz and classical music.

With the exception of the Beatles' example, the group's melodic style became the most sophisticated of the era: One hears it in “This Will Be Our Year” and some of the songs that Argent wrote like “She’s Not There,” “Tell Her No,” “Time of the Season” and “Care of Cell 44.”

And the band's album “Odessey and Oracle” — which will is set to receive a 50th-anniversary tour next year — is nearly as timeless a psychedelic statement as The Beach Boys’ “Pet Sounds” and the Beatles’ “Sgt. Pepper’s Lonely Hearts Club Band.”

The group’s use of orchestration and adventurous harmonic ideas has made a strong impact on indie rock bands: Belle & Sebastian, the Pernice Brothers, Aimee Mann, The Clientele and even the Beatles would likely have sounded different without The Zombies' example.

The Zombies — a group that's toured with its original leaders since 2000 — is also that rare '60s band whose shows are reputed to be powerful and fresh and not simply nostalgia fests. Argent spoke to Salon from his home in England a few days before the band embarks on a U.S. tour to support the album “Still Got That Hunger.” The interview has been lightly edited for clarity.

You're known as one of the few “legacy” bands whose live shows are still convincing. Do you do anything different than you did in the ’60s?

The reason is that we’re doing it for the right reasons. The only reason I’m doing it now — and I think Colin would say the same — is that we have a band around us that’s better than we’ve ever played with. And we’ve continued to work on our chops. I think Colin’s singing better than he’s ever sung in his life. His voice is a little different, but in some ways it’s stronger.

When you’re the age we are, you can get better, as singers and players. But you have to work at it. It’s like an athlete, I guess: There’s so much natural ability when you’re young. You have to keep it going.

We feel when we’re onstage exactly the same [as] when we were 18 years old. Getting the energy back from the band and back from the audience — that remains of paramount importance to us.

The most exciting thing in the world is to work on new material and play it onstage and get a reaction. That remains very real to us. The last thing we’re trying to do is just go out there to make a buck by raking over the embers. We’re continuing to find a path forward.

I still hate all the traveling and the tedium of having to deal with time change as much as I ever did. That whole area is a complete drag. But being onstage, being able to feel that energy is a privilege.

It seems like you were drawing from a different well than most other British bands from the '60s, who tended to replicate black American music. You guys were more eclectic.

Yes and no. I’ve always had a deep love of R&B and blues. If you look at something like “She’s Not There,” our first hit — I started writing it by playing some of my old blues albums. I played a John Lee Hooker albums; there’s a song called “No One Told Me.” I hasten to add, nothing on “She’s Not There” bears any resemblance to that song besides those first four words: “No one told me.” But if you look at the actual melody, it’s a blues scale.

There were other things going on in my musical life besides the epiphany of being 11 years old and first hearing Elvis sing “Hound Dog,” “Lawdy Miss Clawdy,” “My Baby Left Me.”

I adored all the raucous rock ’n’ roll at the time, like Little Richard.

And when the Beatles came out, I was as knocked out by them as anybody else.

At the same time, I was completely knocked out by the Miles Davis group of 1958, with John Coltrane and Cannonball Adderley, and a little later “Kind of Blue,” with Bill Evans — that was hugely influential as well. I never thought of us as bringing those influences in consciously. I just thought of us as being the Beatles. And I still had a love of classical music, and those things were permeating. We thought of ourselves as a standard Beat group, but those things were hanging around the edge.

I remember meeting Pat Metheny, in New York, when he was just becoming known. He said, “Rod Argent, you’re the guy who wrote ‘She’s Not There.’ That’s the record that showed me a way ahead, what I wanted to do.”

I think the chamber-pop and jazz influence is why bands a generation younger than you claimed you as influences.

One of the things that knocked us out is bands’ saying The Zombies were an influence. That’s so hugely flattering. The early stuff has managed to still relate to a current generation. I’ve always been very bad at hearing us, even though bands like Belle & Sebastian have said it.

When I listen back to “Odessey and Oracle,” for instance — I hadn’t listened to it for years, and then it gathered momentum and now sells more than when it first came out — there were two things. First, it was much better than I remembered it. And second, it just sounded like us playing. It’s hard to listen objectively.

The first time I remember us being mentioned as any kind of influence was when the Byrds, making “Eight Miles High,” said “She’s Not There” showed them it was possible to put a jazz thing into a rock record. I love those early Byrds records.

Who are some of the other bands that have acknowledged your influence over the years?

It’s everybody from iconic figures like Tom Petty to Dave Grohl and the Foo Fighters to Paul Weller. When [The Jam] had three records in the top five, in the late '70s, he completely floored us by saying his favorite record of all time was “Odessey and Oracle.” He still goes out and buys copies of the album for people who don’t have it.

What do you listen to these days?

When you’re 18 and 19 years old, you’re listening to music in a very natural way. You’re going out, going to parties with members of your generation.

When you get older, it’s a whole different thing.

Very little that I hear today really moves me. One artist I like is an American named Jarrod Lawson. I think he’s from Oregon. It was his first album. It has interesting chord sequences, fantastic harmonies, a Stevie Wonder feel. . . . I find so little that has that now.

I’m going to [sound] very cliché[d] now. But I just [put] on this morning, when I was having my breakfast, the mono version of The Beach Boys' “Pet Sounds.” The invention in the beautiful chord changes, the imagination in the arrangements.

It’s just not something I hear now. I wonder if it’s because people put songs together in a different way now. Because technology’s so great, you can just load a great drum loop and put a couple of riffs down and it sounds brilliant immediately. In the old days, there was only one way to write the song: You had to work with a structure that hung together, then you worked on the grooves.

Rock Music The 1960s The Beatles The Zombies