The Trump campaign chief's voter registration problem is extremely serious, according to his own website 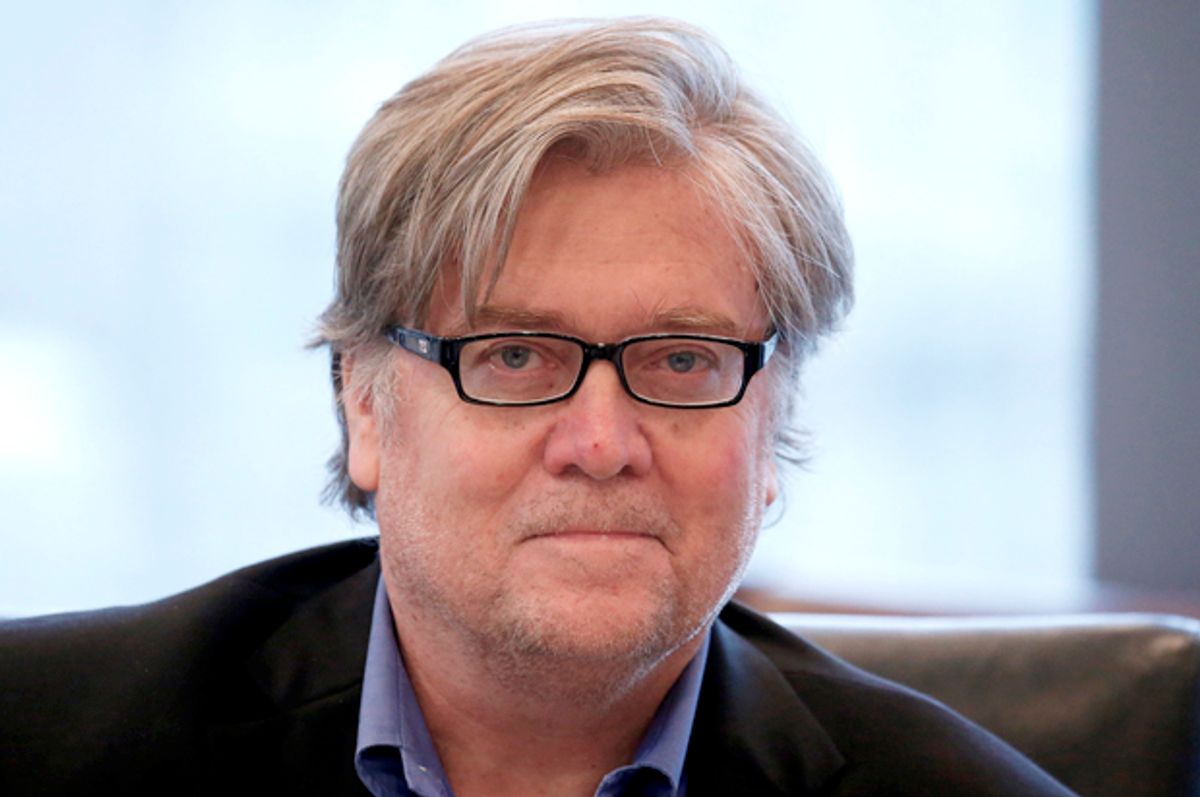 The Guardian dropped an interesting scoop this morning about newly ensconced Trump campaign CEO Steve Bannon, who apparently “is registered to vote in a key swing state at an empty house where he does not live, in an apparent breach of election laws.” The “swing state” in question is Florida, where Bannon used to live in a rental property in Miami-Dade County that, per the Guardian, has been empty and abandoned for months. Florida state law requires that voters be legal residents of the state in order to register to vote there, but Bannon apparently makes his home in California.

It’s a fascinating story, given that Bannon until recently served as chairman of Breitbart News, a very bad alt-right media outlet that relentlessly hypes the dangers of voter fraud. So, in the spirit of public-interest trolling, let’s try to figure out just how serious Bannon’s alleged infraction is, according to Breitbart News’ voter fraud reporting.

Wisconsin state law requires that before a person cast their ballot in a Wisconsin election they be a resident of the state. Specifically, residence is defined as the place “where the person’s habitation is fixed, without any present intent to move, and to which, when absent, the person intends to return.” [Wis. Stat. 6.10(1)]

Shansky’s move to California in March, nearly two months before the election, and acceptance of a job out there would almost certainly mean that he does not qualify as a Wisconsin elector and should not have cast a ballot. He no longer lives in the state and he does not appear regard his move as a mere temporary absence from Wisconsin.

Hmm. This seems like it’s a pretty serious problem for Bannon, given the “ELECTION FRAUD” headline, but let’s dig a little deeper. A few months later, as the presidential election loomed, Breitbart ran another piece on Wisconsin residency requirements that made the case that non-resident voters in a battleground state were a direct threat to democracy:

This vulnerability, due to the current state law, has many concerned over the integrity of the upcoming election. The Wisconsin Government Accountability Board has even promoted this gap of assurance in a fair election through its Twitter feed, encouraging people to register by today, October 17, with no need to prove residence.

This presents a very real concern regarding the efforts of community organizers and political activists moving into the state of Wisconsin, no doubt a battleground in the presidential race between Barack Obama (D) and Mitt Romney (R), as well as the very tight race between Rep. Tammy Baldwin (D) and former Governor Tommy Thompson (R).

Oh my. Not looking good for Bannon here. Could he be part of an organized effort to skirt residency laws in Florida? It seems irresponsible not to ask, given his website’s reporting on the issue.

But let’s keep spelunking. Here’s a July 2012 Breitbart article taking a victory lap for “new media” after a Wisconsin DA issued subpoenas relating to residency issues involving SIEU organizers who had registered to vote in the state:

Just as we have to do the work of the mainstream media in order to force them to cover the news accurately, it is more than clear, we must also do much of the groundwork of local law enforcement, and investigate these fraudulent occurrences with even more vigilance.

Oh dang. Look out, Steve Bannon. Breitbart News has a moral obligation to dig into the story and, if necessary, alert local law enforcement regarding their findings. This could get ugly for the Trump campaign CEO.