Hillary and the alt-right: The toxic endurance of political extremism 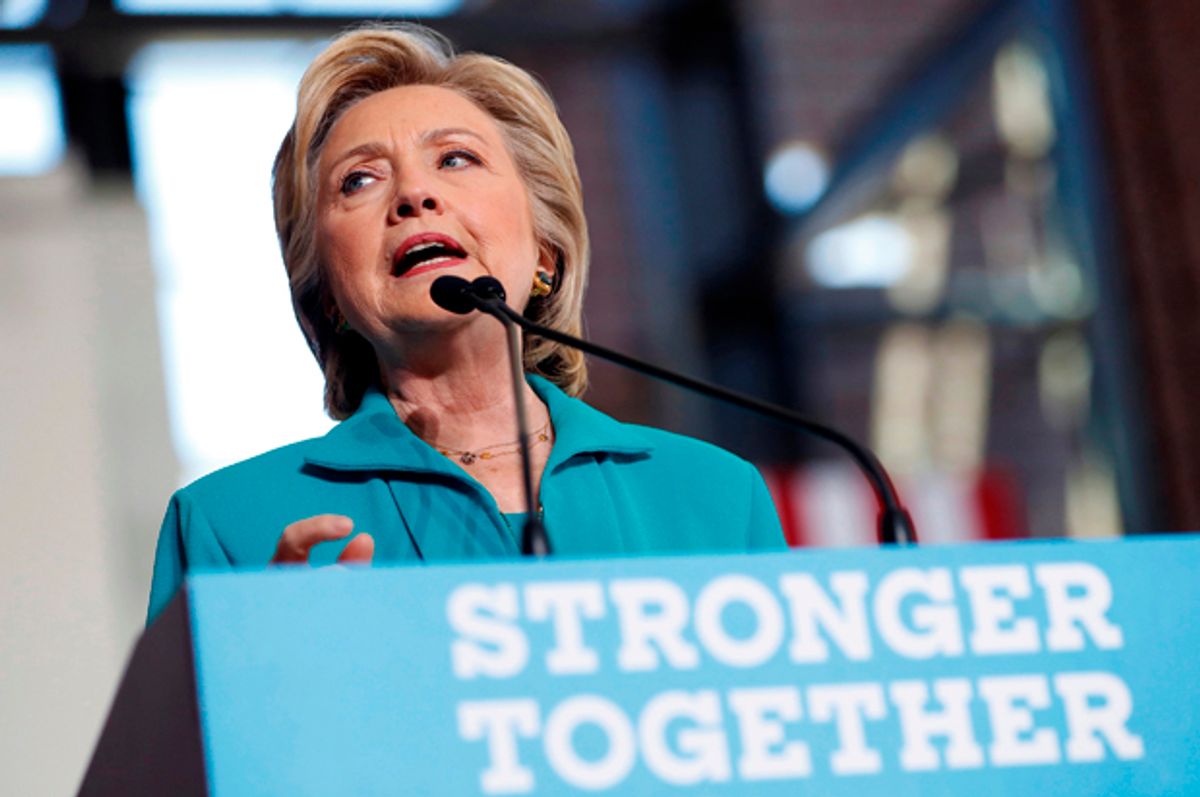 If you’ve spent any time criticizing Donald Trump on social media, then you’ve likely had some bracingly unpleasant exposure to members of what’s come to be known as the alt-right, an amorphous online blob of racists, anti-Semites, neo-reactionaries and trolls who are extremely excited for the prospect of President Trump. Even if you haven’t had any first-hand exposure to the alt-right, you’re likely familiar with some of its handiwork: "Ghostbusters" actress Leslie Jones became the target of sustained alt-right harassment and privacy invasions because she is black and she starred in a movie.

The alt-right is having its big breakout moment now that Trump has hired Stephen K. Bannon, the chairman of Breitbart News, to oversee his campaign. Bannon once proudly boasted to reporters that he had transformed Breitbart News into “the platform for the alt-right,” and that boast is backed up by the tenor of Breitbart’s political coverage: anti-Muslim, anti-immigrant and relentlessly pro-Trump. It used to be that Trump simply appealed to the alt-right through the campaign themes he stressed, but now the movement has an acolyte inside his campaign calling the shots. That’s why Hillary Clinton was in Reno this week: to address the fact that her chief opponent’s campaign has been co-opted by a putrid mélange of racist, pseudo-intellectual trash.

The fact that she was even in the position to give this speech is pretty amazing all on its own. “I do think it’s remarkable that Hillary Clinton is going to take on this movement,” Mark Potok of the Southern Poverty Law Center told me before the speech. “But I also think that Donald Trump has practically forced it on her. Trump has really, more than any person in memory, pushed the radical right in general, and the alt-right specifically, into the political mainstream.”

And Clinton was unsparing, both in her denunciations of Trump’s appeals to the alt-right and in her descriptions of the movement and its ideologies. “From the start, Donald Trump has built his campaign on prejudice and paranoia,” Clinton said. “He is taking hate groups mainstream, and helping a radical fringe take over the Republican Party.” She called Trump “profoundly dangerous,” ran through the lowlights of his various racial attacks through the course of the campaign, and said “a man with a long history of racial discrimination, who traffics in dark conspiracy theories drawn from the pages of supermarket tabloids and the far, dark reaches of the internet should never run our government or command our military.”

As for Bannon and the alt-right, she attacked Breitbart for embracing the fringes of right-wing thought, saying: “This is not conservatism as we have known it, this is not Republicanism as we have known it. These are racist ideas, race-baiting ideas, anti-Muslim, anti-immigrant, anti-women – all key tenets making up the emerging racist ideology known as the alt-right.” She tied the alt-right to the “broader story” of the “rising tide of hardline right-wing nationalism around the world.”

In terms of the immediate political impact of the speech, Clinton and other top Democrats have made a tactical decision to present Trump as a political aberration, rather than as the logical outgrowth of the way the Republican Party has governed and campaigned for decades. This speech was the strongest expression of that strategy to date. She clearly wants Trump to be seen as something alien to the party that elected him, which is probably her way of signaling to Republican voters who are wary of Trump that they’d be justified in voting against him, or not voting at all.

More broadly speaking, Clinton just introduced the broader public to a fringe movement that heretofore has been largely a topic of online discussion. “I think that Clinton is right, that she needs to call out the role of the alt-right in this election,” the SPLC’s Potok told me. “I think it’s important to point out what is going on, to isolate it and to criticize it.”

That’s a critical point. Trump isn’t the driving force behind all this ugliness; he’s just trying to tap into it for his own benefit. It’s very likely that Trump will lose, but the alt-right exists as a response to larger forces – globalization, the movements of immigrants and refugees, economic displacement – that won't be halted by a single election. Clinton made this point obliquely, tying Trump and the alt-right to a “global brand of extreme nationalism” exemplified by the Brexit vote, the anti-immigrant policies of former U.K. Independence Party leader Nigel Farage and (a bit ham-fistedly) Vladimir Putin. “No one should have any illusions about what is going on here,” she said. "The names may have changed – racists now call themselves racialists, white supremacists now call themselves white nationalists, the paranoid fringe now calls itself alt-right – but the hate burns just as bright.”

That was the real importance of Clinton’s speech: the recognition that this alt-right brand of racist hyper-nationalism has to be singled out and discredited. Because it isn’t simply going away after Donald Trump is done exploiting it.