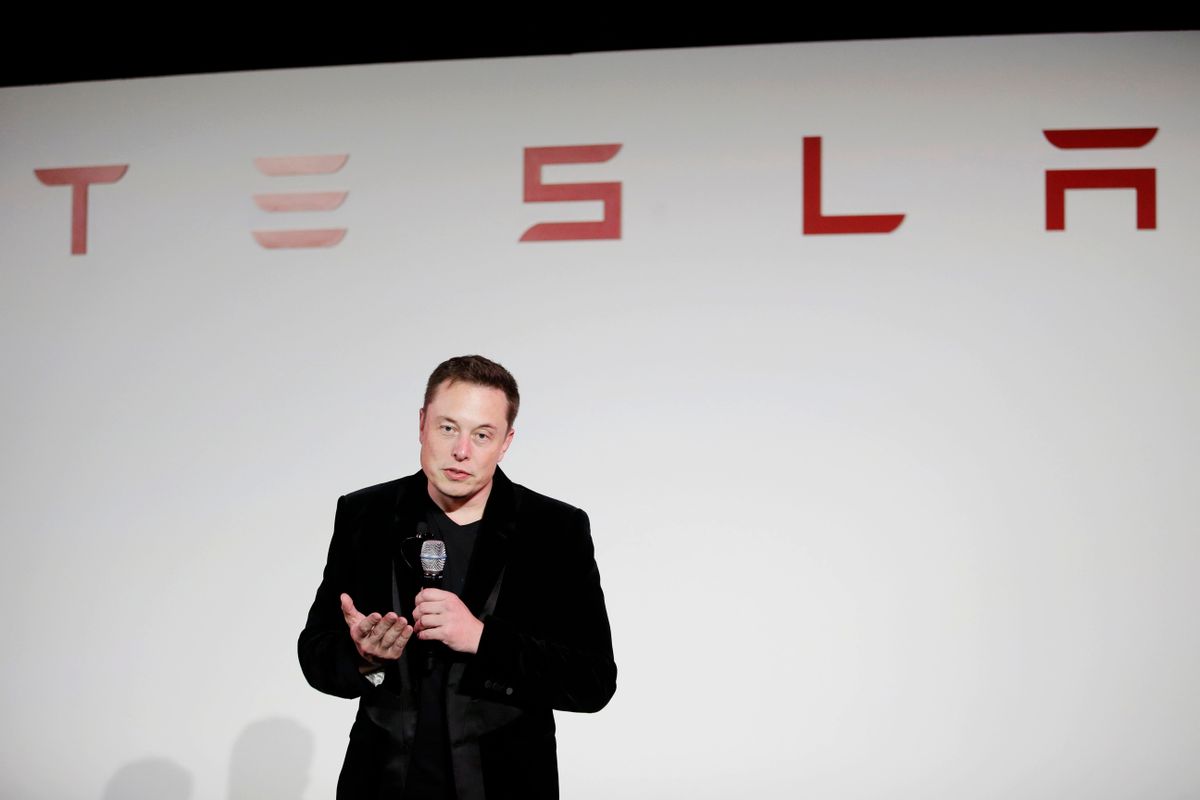 FILE - In a Sept. 29, 2015 file photo, Elon Musk, CEO of Tesla Motors Inc., talks about the Model X car at the company's headquarters, in Fremont, Calif. On Monday, Aug. 1, 2016, Tesla and SolarCity announced they have entered into an agreement under which Tesla will acquire SolarCity. Tesla will pay approximately $2.6 billion for solar panel maker SolarCity in an all-stock deal. (AP Photo/Marcio Jose Sanchez, File) (AP)
--

When Elon Musk teases an announcement, as he did on Wednesday:

Journalists tend to drop everything and eagerly await the conference call. After all, the Tesla, SpaceX, SolarCity, and Pay Pal impresario could be announcing a manned mission to Jupiter, a ladder to the Moon, or almost anything that fits his fancy. So on Wednesday, it was fairly disappointing to discover that all he was hawking was a new battery for the Tesla Model S:

Many covering the conference call tried to spin it into something of significance:

But as physicist Chad Orzel pointed it, it's highly unlikely that the Tesla Model S can now accelerate faster than gravity. Even if it did, the acquisition of further bragging rights isn't likely to change the world, so there was a general feeling of disappointment among those tasked to cover Musk's every move.

However, Fortune's Katie Fehrenbacher suggested on Friday that the real benefit of Musk's hardier, more powerful battery isn't actually intended for his automobile line so much as his latest investment in solar energy producer and storage facility, SolarCity.

"Almost a third of electric car batteries are expected be reused by 2025," she wrote, "providing important applications for the power grid and buildings." In short, creating more powerful batteries for Tesla today will provide SolarCity with more storage capability for its facilities in the future.