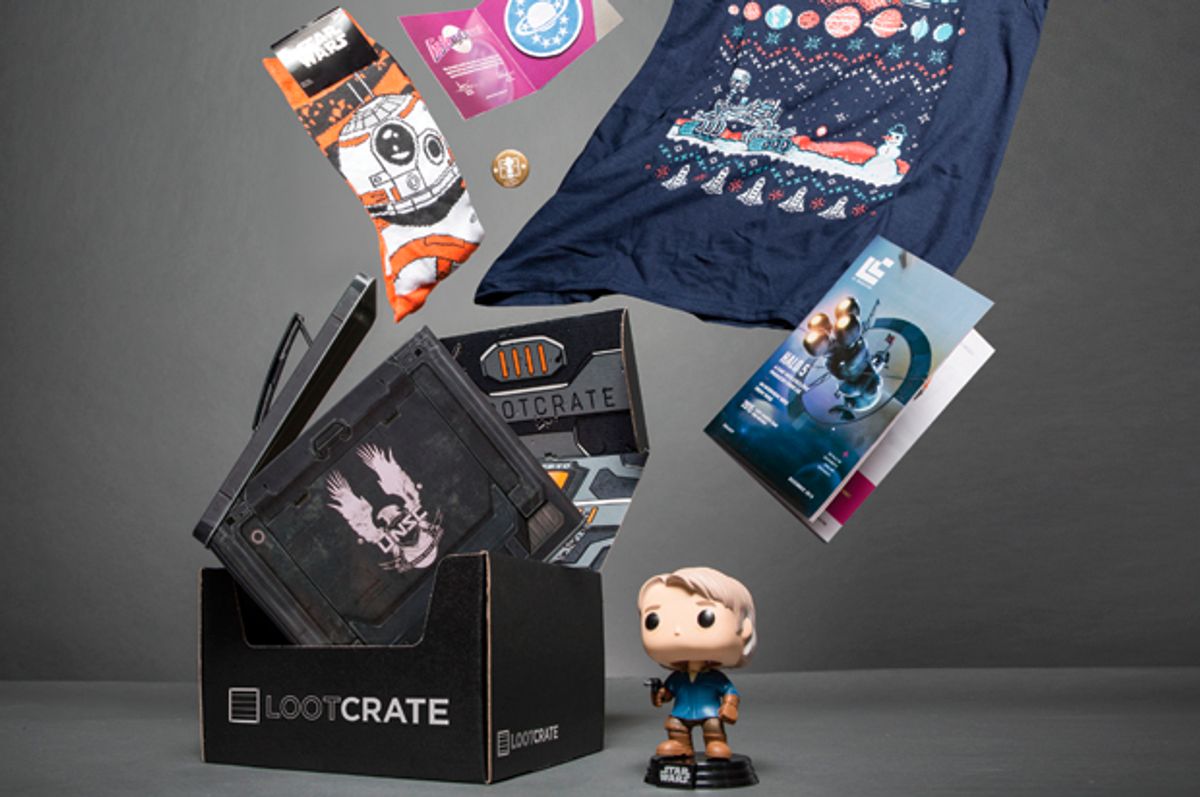 Considering the popularity of subscription box services, it’s hard to believe no one came up with the idea sooner. Until recently, most curated subscription-based retail-by-mail services were devoted “clubs” that deliver to customers a monthly selection of wine or music. But in 2010, Harvard Business School grads Hayley Barna and Katia Beauchamp expanded on this idea with Birchbox, the New York City-based company that sends beauty and grooming samples to hundreds of thousands of subscribers for $10 or $20 a month.

Though Birchbox has recently fallen on harder times amid a flood of rivals, the company sparked an explosion in subscription-box services. Hundreds of companies now offer customers boxes full of surprise goodies for a monthly or annual fee. Into fitness? There’s a box for that. Into mixology? There’s a box for that, too. There are boxes for pets, coffee addicts and even a surprisingly high number of boxes devoted to menstrual cycles. Amid the arrival of so many boxes, there's even subscription-box fatigue and  questions about the viability of the business model.

Don't tell Chris Davis, CEO of Loot Crate, which was recently named the fastest-growing private company in America by Inc. magazine. In 2012, Davis and co-founder Matthew Arevalo set up Loot Crate, a subscription-box service aimed at sci-fi fans, anime collectors, computer gamers and, well, just about anyone with a serious love for stuff like "Star Wars," Halo and Marvel comics. The Los Angeles-based company has 300 employees who ship out 70,000 boxes a day to 650,000 subscribers in 35 countries. Customers have received stuff like “The Walking Dead” soap, "Fallout" video-game bobble heads and socks stitched with the face of comic-book antihero Deadpool. Basically, Loot Crate's business is boxes for geeks, and business is good.

In four years, Loot Crate has grown into a $116 million business, largely due to Davis' efforts to keep customers paying $20 a month for their boxes. To do that, the company engages its base through social media and a smartphone app. An in-house team churns out a monthly interactive game, a 24-page monthly magazine and even regular multi-camera short films— the most recent one riffs off the movie “Suicide Squad.” Hundreds of thousands of fans watch Loot Crate’s monthly Facebook Live broadcast. All of this ancillary content is why Davis prefers to refer to his business as more of a media and entertainment company than a business that sources, packs and ships consumer goodies.

Salon spoke to Davis about how he’s built his rapidly expanding geek empire.

Growing up in Southern California, you dreamed of becoming the next Bob Iger, the head of Disney. What kept you away from pursuing a career as a media and entertainment mogul?

My passion around starting new ventures and disrupting old business models has led me to more entrepreneurial ventures – Loot Crate – instead of trying to rise through the ranks of larger, more established media businesses like Disney. Also, we believe Loot Crate is a media and entertainment business in many ways. Commerce is only the first way we will touch consumers and specifically fans. In the long run, it’s about fan experiences, which will include content and deeper fan engagement.

Loot Crate’s growth has been  astounding. Was there a moment you realized the potential in your niche subscription-box services?

This model makes sense for your target demographic. People, I imagine, have shelves filled with collectible items. Was that part of your thinking?

Definitely. Hard-core fans have always collected gear from the shows and games they love most. However, we have seen that Loot Crate also attracts the casual fan, who is less about collecting and more about wanting to get cool products from their favorite brands, or simply wants to connect to a larger community of like-minded fans. For example, there are 10 to 15 million people who watch "Game of Thrones" each week. Not all of them are deeply entrenched in collecting millions of figurines, but most of them would love to get access to exclusive, special content and products.

Before you begin the complicated process of sourcing products and timing shipments, how do you figure out what items will be popular for each group?

Loot Crate employees are fans first and share the same passions as our customers, affectionately known as “Looters.” Our teams spend months brainstorming unique product offerings that will connect Looters with the brands that they’re passionate about. During these brainstorms, we discuss what entertainment properties have releases and anniversaries coming up, and from there we begin the product-development process. We select from the nearly infinite number of options of consumer products across categories like home goods, comics, collectibles and apparel.

Your company doesn’t just pick, pack and mail subscription boxes. You’ve produced a monthly interactive game, a print magazine and even sci-fi themed film shorts posted to YouTube. None of those things are themselves moneymakers. How do you know they work to keep customers engaged?

From a commerce perspective, we have a great team that invests valuable time interacting with fans to get direct and insightful feedback to understand exactly what our audiences want. This can be done through getting survey responses, listening to social media posts or watching unboxing and crate reviews.

On the content side, we have two bad-ass teams: an interactive team that creates compelling digital content and a production team who creates video content not just to add hype around an upcoming box but because we want to create an awesome, creative and outside-the-box (pun intended) experience our fans can get behind. Last month our team pushed out a parody video: Quentin Tarantino’s “Suicide Squad”  for our August Anti-Hero crate.

Every day around the clock, we check our community gauge. Overall, engagement is not just about throwing an idea on the wall and hoping it sticks, but it’s about the 360-degree, monthlong experience, and we rely heavily on our fans to provide this added lens.

You have partner and limited-edition crates that are tie-ins with popular media franchises like “Star Wars” and the “Gears of War 4” computer game. My favorite is the box devoted to Joss Whedon’s criminally underrated “Firefly.” How do you decide which entertainment licenses to invest in?

As a company focused on fans, we look for brands and intellectual properties that have a passionate fan base. For some, these might be larger brands like WWE, Star Wars or Marvel, but we also look for fans that might be underserved in traditional retails markets such as “Firefly” as you mentioned.

At a top level, you can’t simply partner with the big brands as it gets tiring quickly and there’s an oversaturation of certain brands in the marketplace as is. However, in our strategic process, we evaluate brand strength, size of community, type of engagement, consumer-product market size to date, breadth of licensee partners, what are fans saying about the brands and overall linkage with our other offerings. We put all these instruments together to make sure our product-rollout strategy has a rhythm that makes sense to our fans to continue subscribing at a high growth rate.

You also have a limited-edition box devoted to “fangirls,” which makes me wonder if you’re trying to lure more female customers. Is that a goal?

Believe it or not, over 30 percent of our fans today are females and that number is growing. Certainly, we have a larger male consumer base; however, there are a lot of female fans as well that have loved how Loot Crate has built its products. We always find brands that we know can cross genres like "Star Wars," Marvel and DC [comics]. Ultimately, we are a company that doesn't necessarily market to consumers, but more to interests and we know there's a huge female audience out there looking for what Loot Crate has to bring.