In a brief statement, the Clinton aide asked for the media to respect her privacy 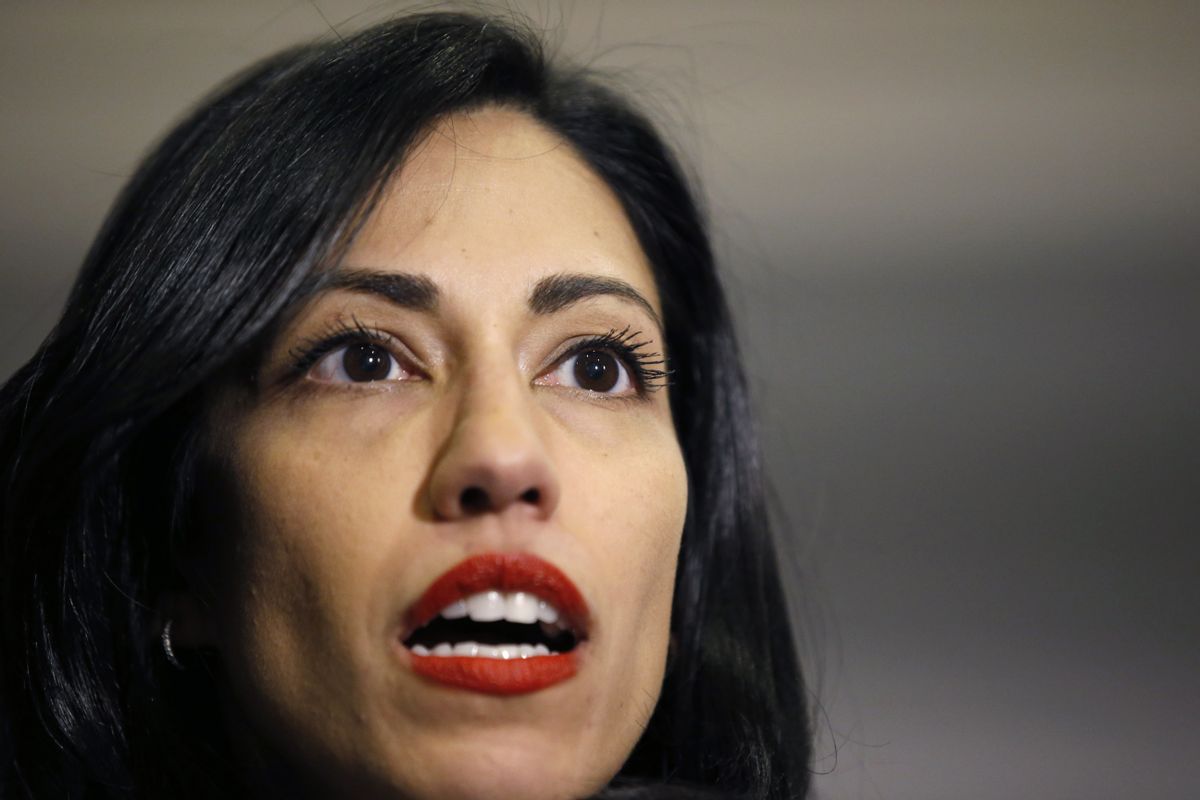 File-This Oct. 16, 2015, file photo shows Huma Abedin, a longtime aide to Hillary Rodham Clinton, speaking to the media after testifying at a closed-door hearing of the House Benghazi Committee, on Capitol Hill, in Washington. Abedin said in a legal proceeding that Clinton did not want the State Department emails that she sent and received on her private computer server to be accessible to "anybody," according to transcripts released Wednesday, June 29, 2016. Her comments provided new insights into the highly unusual decision by the presumptive Democratic presidential candidate to operate a private email server in her basement to conduct government business as secretary of state. (AP Photo/Alex Brandon,File) (AP)
--

Following the revelation that her husband, Anthony Weiner, has yet again engaged in a prolonged and inappropriate sexting relationship with a woman he met on Twitter, Clinton aide Huma Abedin announced today that the pair will be separating:

As if the recidivist sexting itself wasn't reason enough to separate, the woman Weiner has been corresponding with is a Donald Trump supporter who uses her Twitter feed to bash President Obama, Clinton, and praise the NRA.

The "NY Post"'s Rebecca Rosenberg and Bruce Golding speculate that what made Abedin pull the trigger on the separation was less the sexting itself than the particulars of the images Weiner sent -- including a shot of crotch reminiscent of his first sexting scandal that also included their son Jordan asleep in bed with him.

"Someone just climbed into my bed," he wrote the woman.

After he sent an image showing that it was his son, she noted that "[y]u do realize you can see you[r] Weiner in that pic?" After a momentary panic about having accidentally posted the photograph publicly, he accused the woman of staring at his crotch.