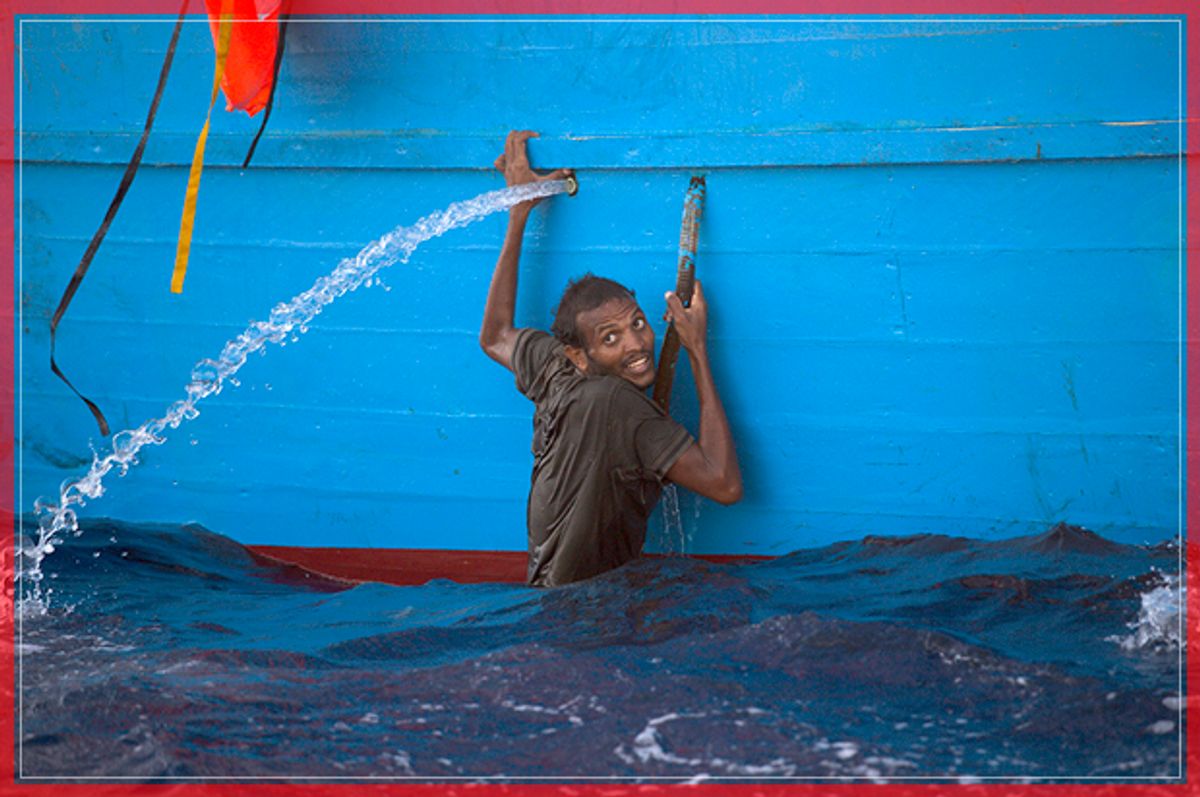 Sabratha, Libya   Denis Emilio Morenatti/AP
A man holds himself on the side of a boat during a rescue operation in the Mediterranean Sea The common thread running throughout the various migrant crises is desperation: hundreds of thousands of people who hastily abandon everything they've ever known because a dangerous and uncertain journey to a safer, more economically prosperous corner of the globe is the best of bad options. This photo captures that tragic desperation. At the moment this picture was snapped, this man had nothing -- no possessions, no family at his side, not even a life jacket. All he could claim was a short length of rope and an inch of hull trim to keep his head above the Mediterranean water as he beseechingly looks for help. That's desperation. Competitive Scrabble is nothing like that Words With Friends game you have going with your old roommate. It's high drama: equal parts high-stakes poker, cutthroat spelling bee, and tournament chess, in which the best words are the words that score you the most points — or provide the most daring challenge-bait. And so it is telling that, in the North American Scrabble Players Association Code of Conduct, at least, the first section is devoted to bans on audible obscenities, visible obscenities, written obscenities, and a warning to "not throw, slam, break, damage or destroy any game equipment, tournament equipment, or other personal property." These competitors in the World Scrabble Championships, where a champion is crowned in each language represented (they are presumably competing in French) look like they're ready to leave it all on the board. When I Googled what I thought would be the cheery write-up of the Notting Hill Carnival, I learned this, from the Weekly Standard: "Altogether there were 105 arrests on the first day of the event, including 74 for alleged drugs offences, 24 for possession of a blade and four sexual offences, a Scotland Yard spokeswoman said."