"Mars" was, of course, on the side of a Hawaiian volcano — but that doesn't discount the "trip"'s significance 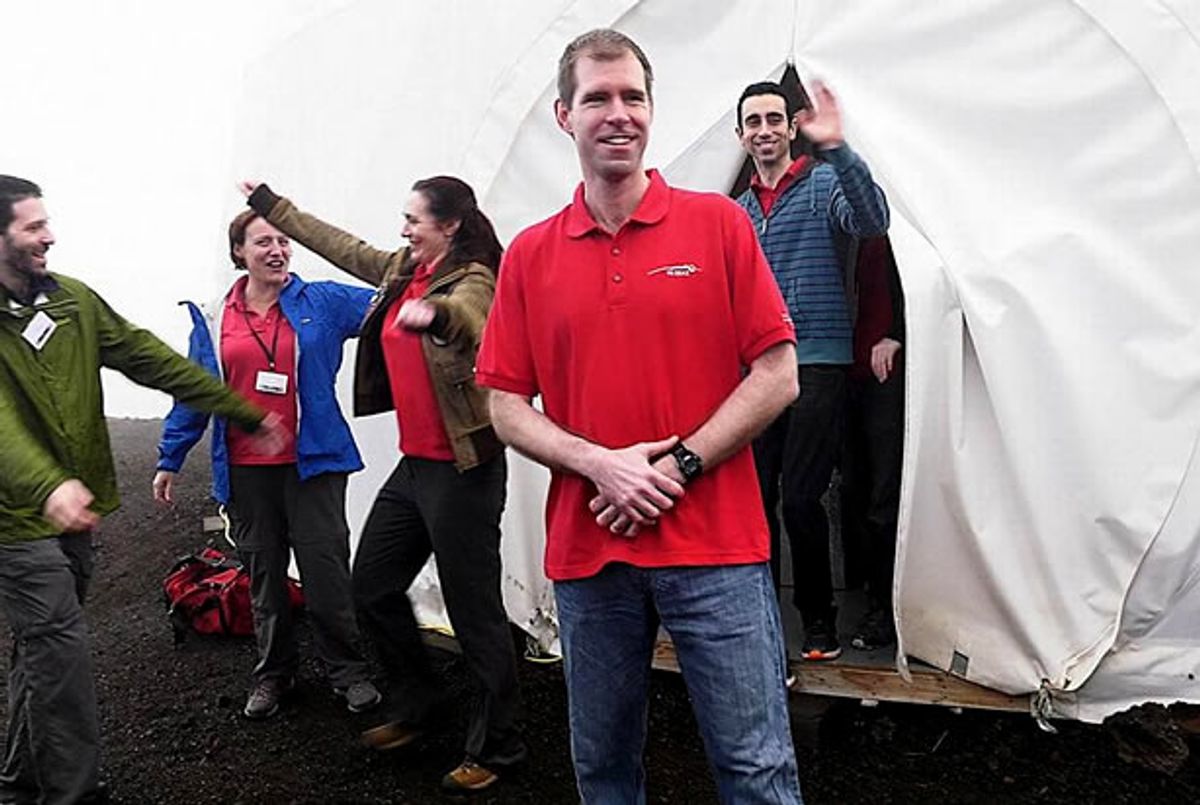 Yesterday, six astronauts returned from a year-long journey to Mars -- one they undertook at the Hawaii Space Exploration Analog and Simulation (HI-SEAS) -- and into the unfiltered light of day the likes of which they could barely remember.

The joint simulation by NASA and the University of Hawaii -- funded by venture capitalist and video game designer Henk Rogers, who counts "Tetris" among his successes -- occurred in an "ICE" (isolated, confined, extreme) environment 8,200 feet up the side of the Mauna Loa volcano.

The astronauts were limited to communicating with the outside world by audio and video, as well as the Internet, but their communications were subjected to the same 20-minute delays actual Martian astronauts would face. Approximately every 2.5 days, two members of the team would venture outside the habitat for fieldwork -- but they would do so wearing the same gear actual astronauts would need to survive in harsh Martian environs.

Proving the viability of the technology required to establish a Martian habitat wasn't the central intent behind this experiment, though many of the experiments focused on issues related to resource sustainability -- maintaining life support, experimenting on plant growth, water capture and recycling, routine maintenance, etc.

Researchers were more interested, however, in the social dynamics created by the ICE environment. To that end, each of the astronauts emerged tonsured from the habitat, as the team's biomedical engineer had shaved a portion of hair from the back of their heads once and month and stored it for future study.

Hair preserves the stress hormone cortisol, and researchers now have a month-by-month account of how each of the astronauts coped with the ICE environment. Such a calendar of stressors would allow researchers to tweak the timing of certain activities and experiments, indicating as it would when astronauts would benefit from lighter or heavier workloads.