Trump weighs in on Colin Kaepernick controversy: "He should find a country that works better for him"

After 49er Colin Kapernick sat during the national anthem in protest of police brutality, he called Trump a racist 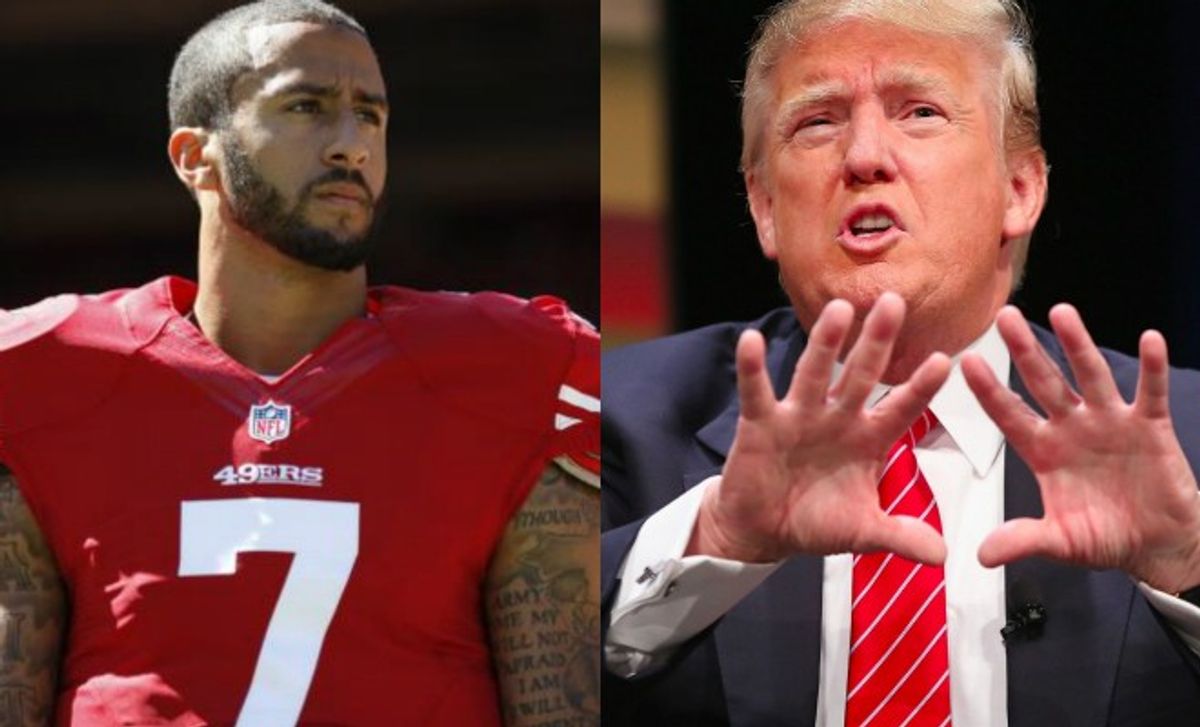 Donald Trump is adding his criticism to the national uproar over 49er Colin Kaepernick's silent protest of police brutality, suggesting that the African-American quarterback should instead move out of the United States.

"I think it’s personally not a good thing," the GOP nominee said of the NFL player's decision to not stand during the national anthem during pre-season games.

On Friday, after an NFL writer noticed that Kaepernick failed to rise at the onset of the game for a second week in a row, the black player explained his silent protest.

“I am not going to stand up to show pride in a flag for a country that oppresses black people and people of color,” Kaepernick said after the game. “This stand wasn’t because I feel like I’m being put down in any kind of way. This is because I’m seeing things happen to people that don’t have a voice, people that don’t have a platform to talk and have their voices heard, and effect change,” he further explained on Sunday.

Kaepernick also offered his thoughts on both presidential candidates, including his belief that the Republican candidate is a "racist."

“You have Hillary who has called black teens or black kids super predators, you have Donald Trump who’s openly racist. We have a presidential candidate who has deleted emails and done things illegally and is a presidential candidate. That doesn’t make sense to me because if that was any other person you’d be in prison. So, what is this country really standing for?,” Kaepernick told the media.

"I think it’s a terrible thing," Trump told KIRO Radio’s Dori Monson. "And maybe he should find a country that works better for him, let him try. It won’t happen."

Listen below, via Buzzfeed News: