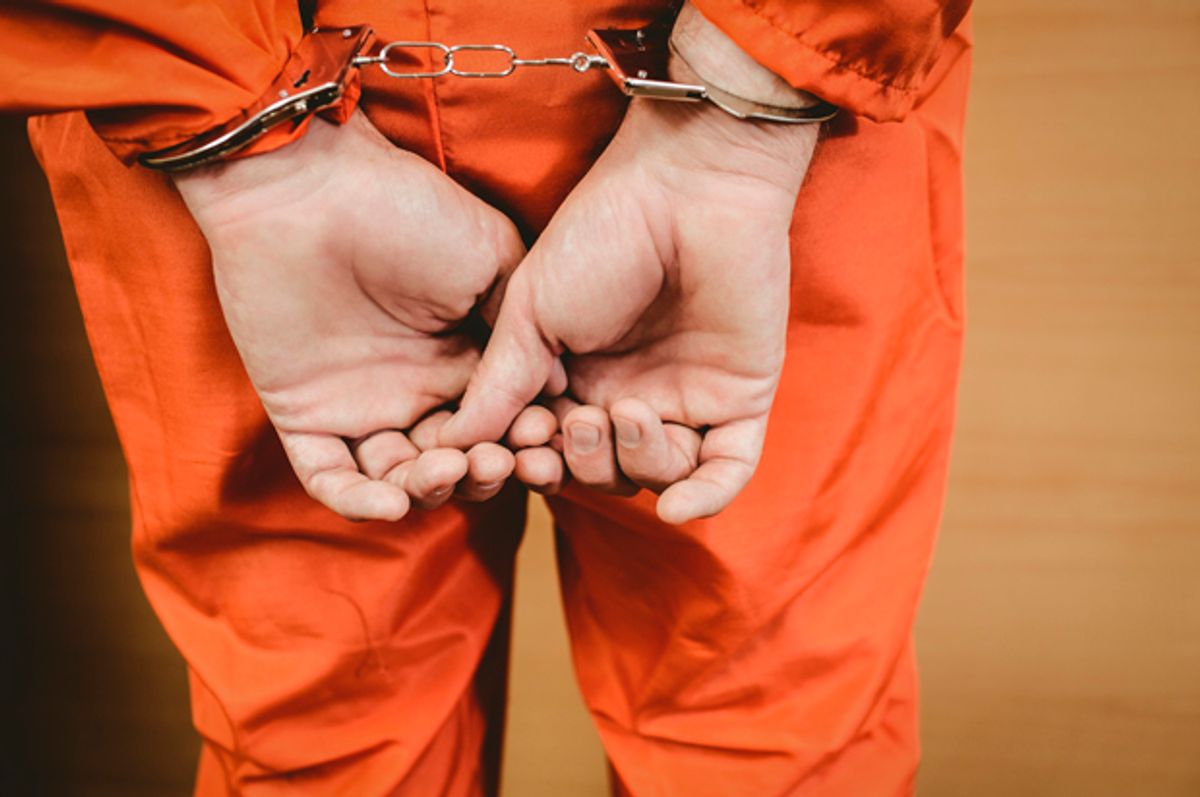 Until late last year, Christian Hine was primarily known as a ferocious Tea Party activist and prominent volunteer for North Carolina Lt. Gov. Dan Forest's 2012 campaign. But in November 2015, Hine was arrested and hit with over 20 charges of sexual exploitation of minors for the cache of child pornography that South Carolina officials found on his computer. Last week, he pled guilty to 10 felony charges.

"His descent into depression and pornography abuse was as swift as it was tragic," Hine's lawyer, Johnny Gasser, wrote, while emphasizing Hine's history of conservative political activism and his youthful religious participation.

Blaming Hine's depression and lack of romantic prospects, Gasser argued that Hines "became addicted to pornography," and that he has "no intention of ever returning to pornography."

While Hine was still slapped with some jail time — he will likely be out in two years — it's understandable why his lawyers went with these arguments. In the Christian conservative circles, which are dominant in South Carolina, the idea that pornography is "addictive" has become a widely accepted truism.

It's easy to see why Christian conservatives would be drawn to this idea of pornography as an addictive substance like cocaine or alcohol. While the Christian right has no real compunction about controlling female sexuality through punitive means — see attacks on legal abortion and affordable contraception — when it comes to controlling male sexuality, things get a little stickier. It's hard to police male sexuality without threatening male privilege, after all.

"You see, your brain comes equipped with something called a 'reward pathway.' Its job is to motivate you to do things that keep you and your genes alive — things like eating or having sex to produce babies," the anti-porn site Fight the New Drug argues. "The way it rewards you is by releasing dopamine into your brain, because dopamine makes you feel good."

"Sex films are rewarding," Prause explained over email, "and there is greater activity in dopamine associated with learning rewards (not pleasure) when people view sex films."

"However, the same could be said for watching puppies play, and we do not call puppies addictive," she added.

"We have ruled out addiction," Prause explained. "The three best candidates at the moment to explain these behaviors are: high sex drive, social shame (i.e., behavior is normal, but they are shamed for it), or compulsivity," any of which requires "different predictions from addiction models and would require different treatment approaches."

Comparing it to someone who enjoys running 5Ks and therefore is more open to running longer races, Prause added, "There is no evidence that viewing 'needs' are actually escalating, but it seems reasonable from the one study that people who enjoy sex films might at times explore other material in a way normal to any entertainment interest."

If someone enjoys "Star Wars" and that leads him or her to start reading more in-depth science fiction, we don't characterize that person's interest as an addiction, even though the goal is clearly the pursuit of pleasure. Nor do we assume that person will continue to escalate until she or he embraces criminal behavior, like breaking into NASA to steal a spaceship. But the conflict between Christian expectations of strict monogamy versus people's lived realities — which inevitably include sexual fantasies — has created an incentive to label normal sexual appetites as "addiction."