Macy Gray turns back the clock: "I kind of learned how to sing listening to jazz albums"

The singer discusses her spare new album, her adoration of Prince, and her frustration with Black Lives Matters 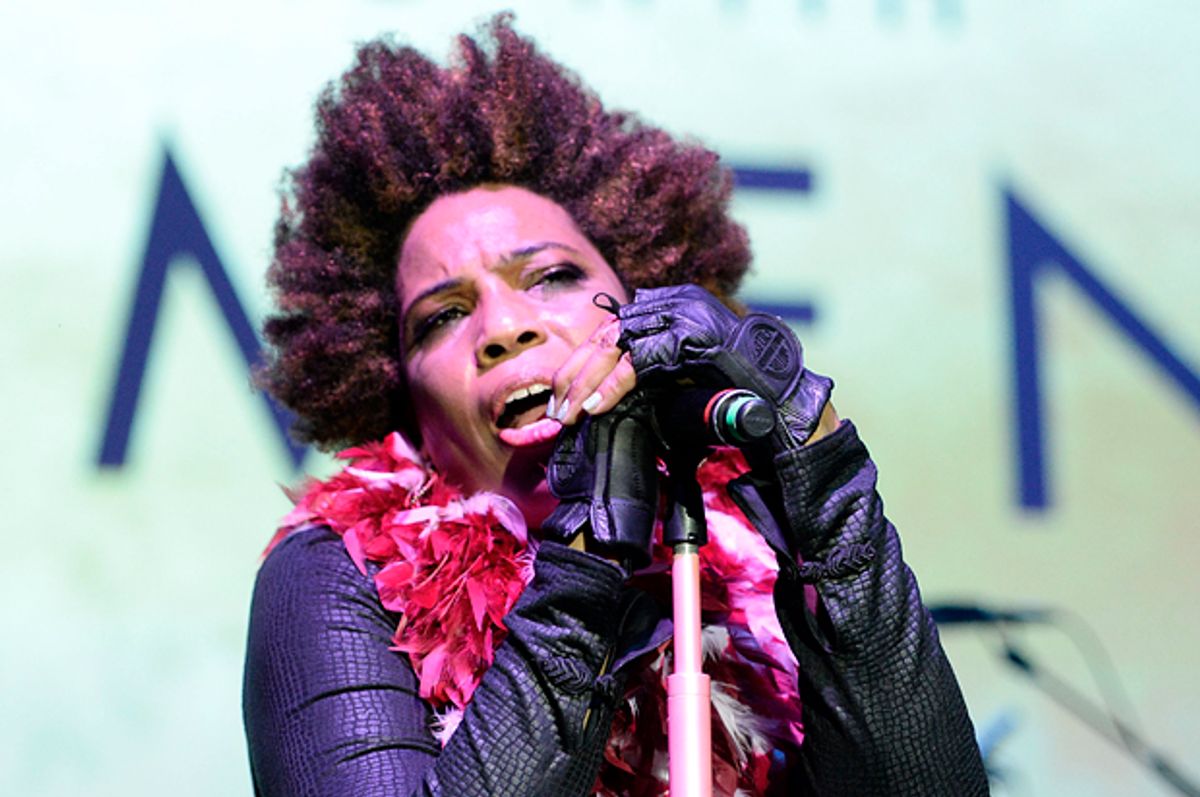 There’s always been something old-school about Macy Gray, but the new album from the eccentric R&B singer makes her traditional roots more explicit. “Stripped” shows Gray singing a range of material in a intimate, after-midnight style, backed by an understated bass-drum-guitar jazz group. (Trumpeter Wallace Roney also plays on several tracks.) “Stripped,” which comes out next week, is the closest she's come to making a Billie Holiday album.

Besides some new songs, the album contains a reworking of her biggest hit — “I Try” — as well as covers of Bob Marley’s “Redemption Song” and Metallica’s “Nothing Else Matters.” The distinctiveness of her voice (which she was teased about as a kid) make these songs sound like hers.

Salon spoke to Gray, who lives in Los Angeles, from New York, where she was traveling.

To a lot of listeners, “Stripped” sounds like a change in direction. Does it seem that way to you?

Not really — I kind of learned how to sing listening to jazz albums. I was in jazz bands starting out. And most of the singers I’m influenced by are jazz singers. So it was super-super natural for me — more natural than the records I’m known for. I could do jazz in my sleep.

It was weird to realize that, but it came more natural to me.

Besides liking the style, what made you want to go this direction and play with a jazz group?

It was just something I’d never done before. We did it at an old church in Brooklyn — live, with one mic. It was an interesting way to make a record. I’m a big music fan — it was another way to do it. I wanted to see what it was like.

Besides Billie Holiday, who are some of the other jazz singers you love?

I’m a big Sinatra fan, Nat “King" Cole, Nancy Wilson, Nina Simone — a ton of them. And back in the day Steely Dan was more jazz. I learned how to sing from all those people.. The way (Donald Fagen) sang was kinda jazzlike.

The group you have behind you is very understated and leaves a lot of space between the notes. What were you going for with the band you put together?

It was just me, a drummer, standup bass, and a guitar player. There were no overdubs, no one there but us. We had a trumpeter on a couple songs. But when you have records like that, that’s the whole point — just the song, just the chords, just the musicians. It’s not covered up with production. It’s sexy, it’s raw…. I really loved it; I had a ball doing it.

You’ve got two cover songs on this record, and you’ve made a covers record and an album that covers all of Stevie Wonder’s “Talking Book.” What makes you want to record someone else's work — when do you know it’s right for you?

When you can sing it and it means the whole world to you — you can put your whole heart in it. You can hear it in your vocals. You can sing it like it’s your own. You can close your eyes… It’s like a song you wish you had written.

“Redemption Song” seems like a natural for you. But Metallica is a less obvious choice. What drew you to that one?

I remember it from back in the day, but never paid that much attention to it until I saw it at a club, and a singer was doing a lounge version of it. I listened the lyrics and said, “Wow — that’s a crazy song! That’s all me.” We jazzed it up — it’s a whole different song.

I’m wondering if you’ve ever sung anything of Prince’s. Was he a big influence on you?

Yeah — he was huge for me, definitely my biggest influence. I never really covered his songs, but I know all of them. I know more Prince songs that I do anybody else’s.

What makes him important to you?

He was so unleashed — he did his own thing, dressed his own way, had his own way of singing. A different way to sing about love. He always had songs about God and sex, and a different way to translate it. And it was always backed up by this awesome musicianship. I’ll still say he was one of the best guitarists who ever lived. If you just listen to him play, it’s crazy.

Do you have a favorite period for him, or favorite album?

It seems like as a nation we’re talking about race a lot more than we used to. Does the Black Lives Matter movement mean anything to you?

Back in the day, when we discussed race, we had Martin Luther King, Angela Davis, and we had real progress. But right now it’s mostly people who are upset and arguing — it’s a lot of rhetoric. Now everybody's a racist, everybody's mad at everybody else. Everybody wants to blame it on Donald Trump.

I’m not so cheered up about it at the moment. I don’t know if it’s so important to discuss it so much if there’s no real change. Now it’s a lot of people’s opinions.