Now you can have sex with the eggplant emoji 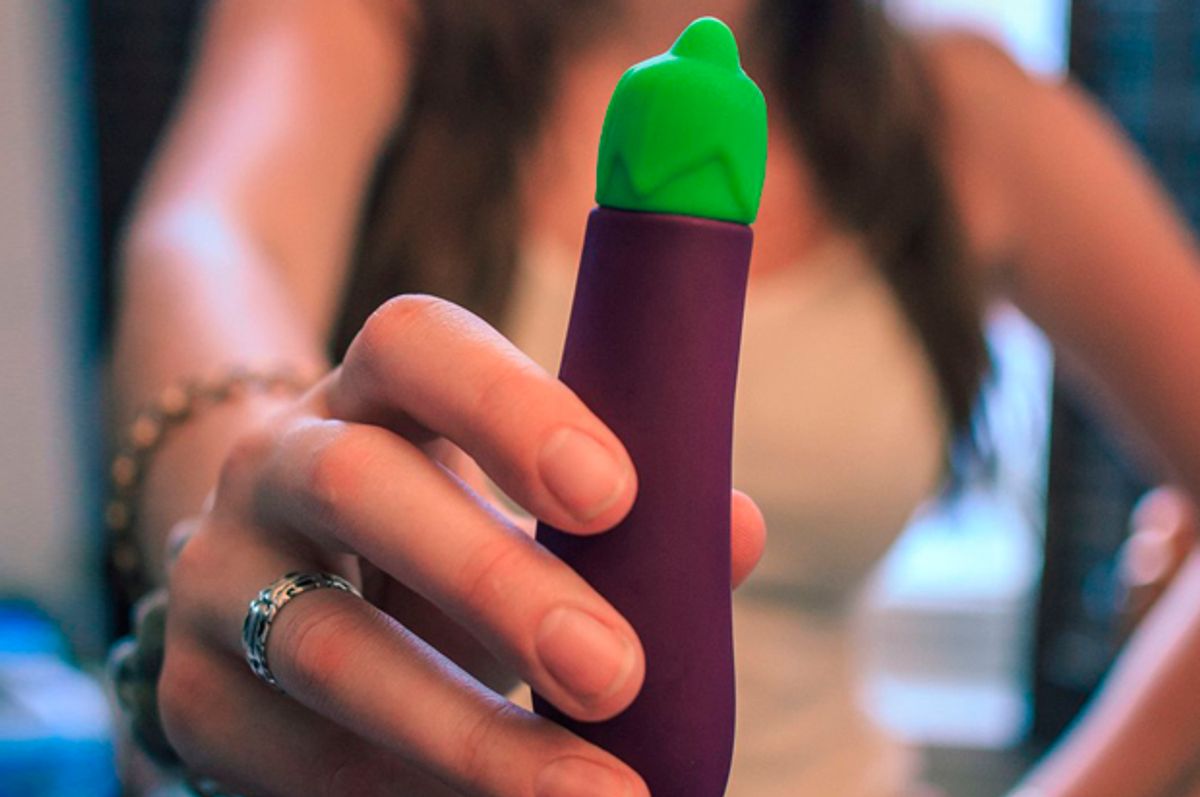 A product shot of the Emojibator. (emojibator.com)
--

There’s a New Yorker cartoon from a while back that depicts a group of researchers studying a focus group from behind two-way mirror. The demographic being studied is a group of millennials with emojis as head, suggesting that popular technology has invaded, and replaced, the space where their minds should be. The caption reads, “We may not understand millennials, but, God as my witness, we’ll take their money.”

It didn’t take long for companies to capitalize on the popularity of emoji. The clever little symbols used in texting and on social media have become ubiquitous within our culture. Companies are now opting to take that ubiquity, and market something much more intimate to tech-savvy consumers.

“Since the eggplant emoji has penetrated your texting conversations, it has been a definitive sex symbol,” reads the product description. The titillating description continues, “Sexting with yourself is an act that can become even more delightful with the perfect vibrator...finally you can enhance your sexual experience with the sleek eggplant emoji.”

Everyone wants to bang an eggplant, apparently.

The Emojibator isn’t only about a tumescent vegetable being used to achieve millennial pleasure. Rather, the researchers behind the product have tapped into cultural quirks specific to the millennial generation: we have fewer sex with partners than past generations and we’d rather not deal with people face-to-face. Obviously this is going to affect sex lives.

The product is designed to enhance this demographic’s propensity for, er, self-serving behavior, by celebrating what we’re often criticized for: our technological obsession with phones that has rendered social skills in real life all but a vestige. Researchers figured out there was opportunity to amuse and arouse between sharing, texting, scrolling, and liking. Instead of having millennials twiddle their thumbs while waiting for a text, why not encourage them to diddle themselves with something they’re already comfortable using? It’s actually almost brilliant.

The Emojibator’s aim is not romance, intimacy or pleasure, but rather to ensure the experience is “fun,” “easy” and “accessible” for users, allowing the eggplant emoji to penetrate unchartered territory. As novelties go, it’s fine. But if we’ve truly come to the point where millennials prefer plastic vegetables to human partners, suffice to say we’re all screwed.