The Drudge factor in 2016: Providing the rumors, scandals and chatter the mainstream press eagerly eats up 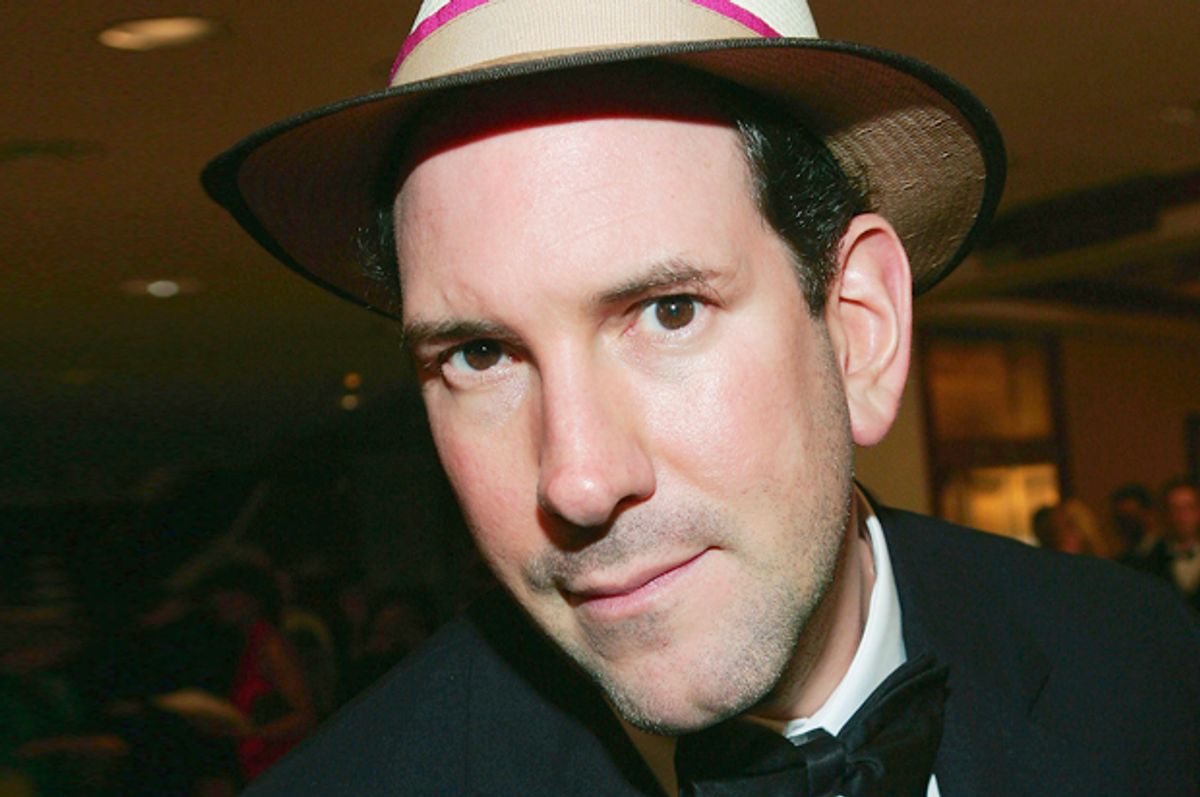 Facebook
Twitter
Reddit
Email
view in app
Some years back, Washington Post reporters Mark Halperin (currently of Bloomberg News and MSNBC) and John Harris (now editor in chief of Politico) wrote a book about political journalism called "The Way to Win: Clinton, Bush, Rove and How to Take the White House in 2008." In it, they made a famous admission about how Beltway journalism works in the digital age:

Matt Drudge rules our world ... With the exception of the Associated Press, there is no outlet other than the Drudge Report whose dispatches instantly can command the attention and energies of the most established newspapers and television newscasts.

So many media elites check the Drudge Report consistently that a reporter is aware his bosses, his competitors, his sources, his friends on Wall Street, lobbyists, White House officials, congressional aides, cousins, and everyone who is anyone has seen it, too.

Mitt Romney's former spokesman called Drudge the political media's assignment editor. And in 2012 on the day after the election, Halperin gave credit in where credit is due in a tweet:

When John Harris & I wrote "Drudge rules our world," we were describing what IS, not what ought to be. Doubters already proven wrong today

I had assumed that Matt Drudge's star had faded a bit in the intervening years as fresher, sexier right-wing sites like Breitbart and The Blaze had emerged. But as Politico has reported, Drudge is doing better than ever:

For the first time, The Drudge Report moved into second place on Similar Web's top U.S. Media Publisher rankings, placing just behind MSN.com with about 1.47 billion page view for the month of July. The Drudge Report's traffic beat out the likes of news sites from Disney Media Networks (which includes ESPN.com and ABCNews.com), Yahoo, Google, Time Warner and Fox Entertainment Groups.

In an article last month called "The Man Who Could Have Stopped Donald Trump," Oliver Darcy of Business Insider noted Drudge's still-dominant role:

Drudge was the top traffic referrer to The New York Times, The Wall Street Journal, Fox News, and other news outlets in 2015, according to a Vocativ report. The report said the site accounted for a staggering 52 percent of referral traffic to the Associated Press.

All those organizations are very well aware of the potential for clicks from a Drudge link, and they know what kind of stories he wants to flog. The incentives to please him are obvious.

As the last leg of the 2016 campaign approaches, it's worth remembering Drudge's original claim to fame:

The original post, which went on to name various publications that were allegedly holding the item, put journalists at the center of the story. Needless to say, they were excited. The rest, of course, is history. For years Drudge was fed news items by the media, which would often launder them through the foreign press. Then he would feature links with screaming headlines reporters that editors could use to show that a story was "out there."

Today such stories are still generated in the British tabloid press, but also in right-wing conspiracy sites and bigger operations like Breitbart News. Recently Drudge managed to disseminate the discredited story of Hillary Clinton's alleged ill health by posting a picture from a fringe website showing Clinton's slipping on the stairs some months before with this screaming headline:

That story is now part of the election campaign, with people demanding her full medical records and the press watching her every move like a hawk for signs of brain damage.

With the news this week that Clinton's right-hand woman Huma Abedin had separated from her husband, former Congressman Anthony Weiner, after yet another public humiliation, Drudge used the opportunity to tee up one of the right's favorite rumors — that Clinton and Abedin are secret lovers. Unsurprisingly, whispers among unenlightened right-wingers about the feminist harpy Clinton's being a lesbian go back decades. But the Abedin insinuations, which started in 2007, have taken off in this campaign.

Mainstream publications have fed the notion with click-bait stories like this slide show from Politico, which sat at the top of its "most-read" list for months this year, despite its having been originally published back in 2013. As it turned out, Drudge had been up to his old tricks. He had linked to a British tabloid story in which Abedin was quoted as saying that she thought Clinton was beautiful, which sent millions of drooling Drudge readers searching for "Clinton Huma lesbian."

There's no way of knowing if mainstream reporters were among those intrigued by Drudge's dirt. But we do know that The New York Times found this item worthy of a breathless front-page lead:

Among the trove of emails released from Hillary Rodham Clinton’s tenure as secretary of state was this instruction to a trusted aide who needed to brief her on a matter that could not wait:

“Just knock on the door to the bedroom if it’s closed,” Mrs. Clinton wrote in November 2009 to Huma Abedin, then her deputy chief of staff.

Drudge doesn't even try to find political relevance to his lewd, juvenile innuendo. But the mainstream media's reaction to this week's Weiner-Abedin story was hardly any better. Attempts to make it into a campaign story were downright embarrassing.

Yesterday under the headline "Weiner free!" Drudge insinuated once again that Abedin and Clinton are lovers with a picture allegedly showing the two of them hugging with joy now that they have vanquished one of their husbands. As it turned out, the other woman in the picture wasn't Abedin. It was Burmese opposition leader and 1991 Nobel Peace Prize recipient Aung San Suu Kyi, but whatever. He made his point.

We can be sure that Drudge's nasty little sex rumors aren't the end of it. The more scurrilous charges that Abedin is a secret Muslim agent are now breaking into the mainstream direct from the fever swamps, via none other than Donald Trump himself. And publications like The Hill and the New York Post, hungry for Drudge links and eager to give the monster what it wants in return, are already pushing it into the mainstream. As long as Matt Drudge is driving the news cycle, it will only get worse.