Veterans take to Twitter to share their support of Colin Kaepernick's right to protest: “I serve to protect your freedoms, not a song” 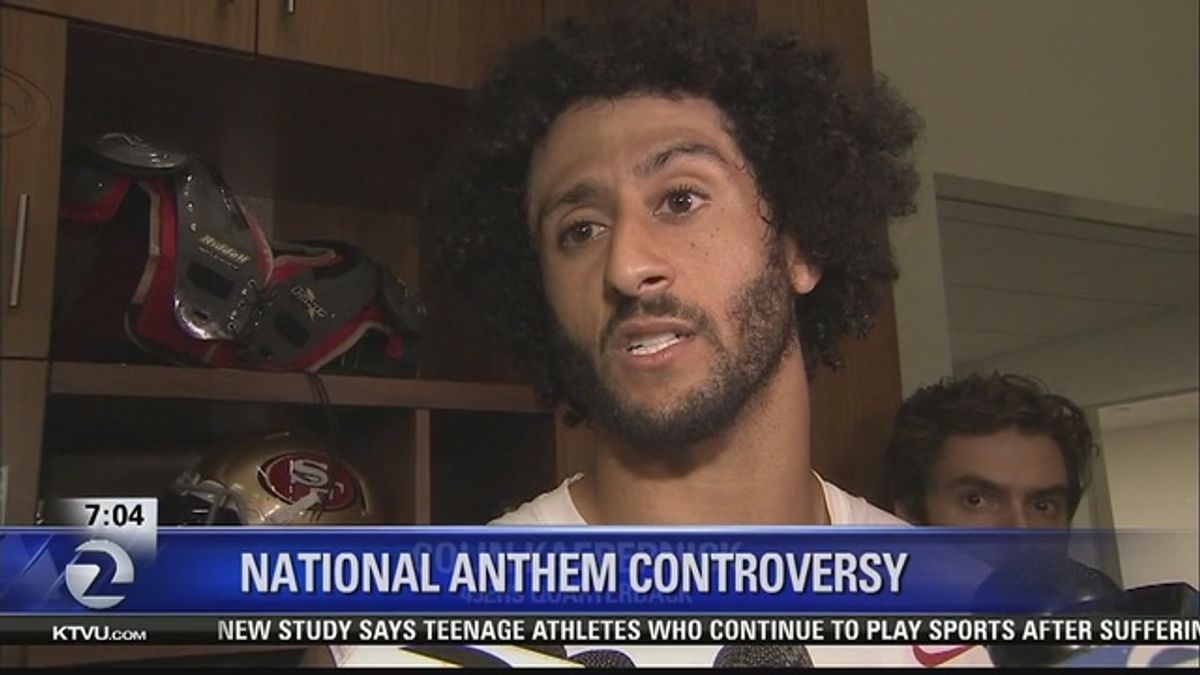 "Protesting is about forcing a conversation in public,” Deray McKesson, perhaps the most prominent face of the Black Lives Matter movement, told Stephen Colbert earlier this year.

After days of outrage nationwide directed towards 49er quarterback Colin Kaepernick for his silent of protest of police brutality during the national anthem, the other side of the conversation is finally beginning to emerge.

On Tuesday evening, The #VeteransForKaepernick hashtag began trending on social media, illustrating support for the African-American athlete from a community many contended he irrefutable offended by failing to stand in honor of the U.S. flag. The topic was still trending on Wednesday morning.

I encourage all veterans to make similar post to mine and show support for our brother Kaepernick. Its a misconception that every military member is furious at his protest when there are those that are proud. #veteransforkaepernick

To be sure, some critics of Kaepernick's protest took to the #VeteransForKaepernick hashtag to dismiss his support from black veterans: