"We thought we were moving in the right direction … we’re disappointed. We feel misled” 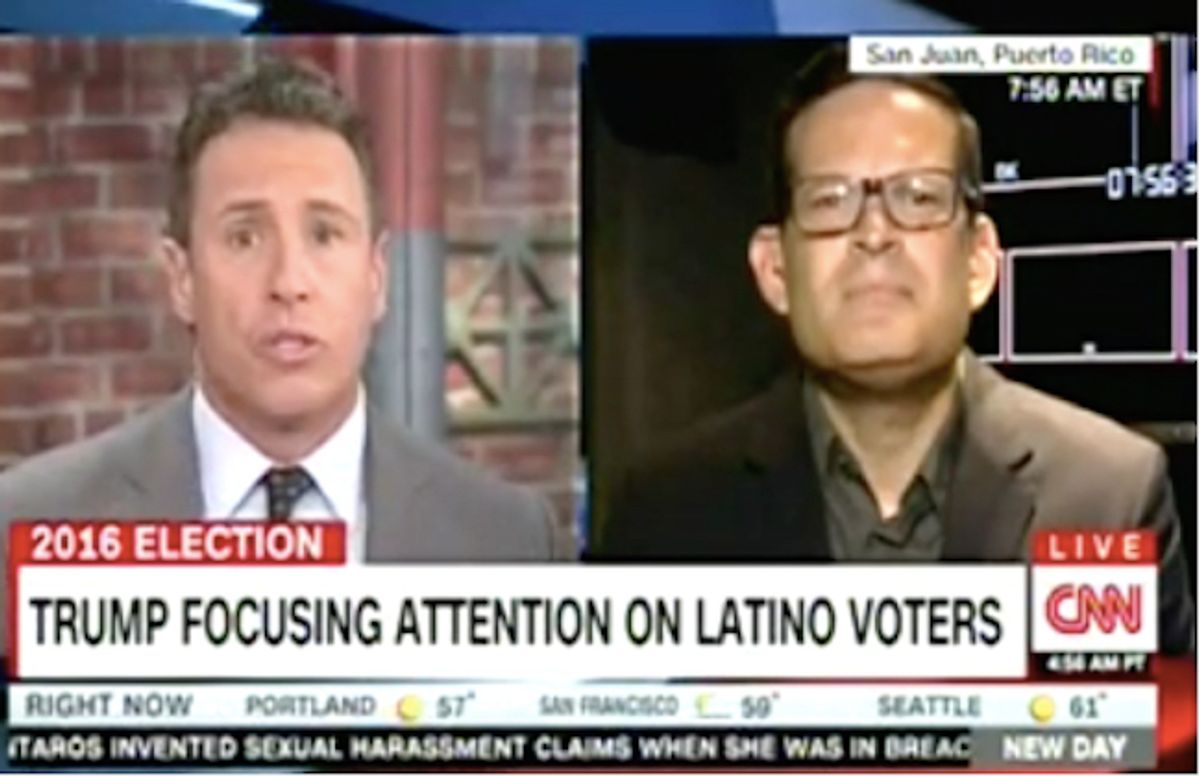 "We are not enamored with Donald Trump’s bombastic rhetoric and personality. But at least we know that Donald Trump won’t divide the country and fuel the flames of racial confrontation by accusing the police and the entire criminal justice system of being racist," a group of hesitant Hispanic Republicans wrote in July after a series of police shootings of African-American men, finally relenting and lending their endorsement to the controversial GOP presidential nominee.

But, now that Trump has made clear that he plans to do just that, failing to follow through with his flirtation with a so-called "presidential pivot" and "softening" on immigration policy and rhetoric, many prominent Latino Trump supporters are revoking their endorsement.

The letter's lead author, Alfonso Aguilar, said after Trump's big immigration speech in Phoenix Wednesday evening that he could no longer support the Republican nominee.

“When he became the nominee, I thought it was important to give him a second chance,” Aguilar, president of Latino Partnership for Conservative Principles, explained to CNN Thursday. “I’m terrified about Hillary Clinton. And so I decided to support him and I thought that we could work with him and the campaign to move him to the center on immigration. And the initial response was very good.”

“He said he was going to treat undocumented immigrants without criminal records in a humane and compassionate way, he said he was going to soften his position,” he noted. “And then we heard yesterday and I was totally disappointed, not surprised, but disappointed and likely misled. Because he gave the impression, the campaign gave the impression until yesterday morning that he was going to deal with the undocumented in a compassionate way. And in that speech, he’s basically saying, we deport you or we self-deport you. It’s even worse than what he initially proposed.”

“I’m so sorry, I just can’t be part of that,” he later explained.

In an interview with Politico, Aguilar revealed he felt betrayed by his party's presidential nominee. “It’s so disappointing because we feel we took a chance, a very risky chance,” Aguilar said. “We decided to make a big U-turn to see if we could make him change. We thought we were moving in the right direction … we’re disappointed. We feel misled.”

“So today I’m saying, not only am I considering withdrawing my support, I’m telling you today, Many like me think the same way,” he announced on CNN:

Jacob Monty, a member of Trump’s National Hispanic Advisory Council, resigned from the board following the hardline immigration speech, telling Politico that he was disappointed in the rhetoric Trump used in Phoenix.

"I was a strong supporter of Donald Trump when I believed he was going to address the immigration problem realistically and compassionately," he told Politico. “What I heard today was not realistic and not compassionate.”

“When we met he was going to approach this issue with a realistic plan, a compassionate plan, with a plan that was not disruptive to the immigrants that were here that were not lawbreakers," Monty said, referring to Trump's inaugural meeting of his National Hispanic Advisory Council at Trump Tower in early August.

“He didn’t deliver any of that.”

And following his impromptu visit to Mexico City earlier Wednesday, during which his regular bombast was replaced by cordial diplomacy (shock!), Trump returned to his usual bluster and inflammatory language in front of a friendly crowd in Phoenix.

"We will build a great wall along the Southern border," he said, returning to his original campaign vow only six hours after meeting with Mexican President Enrique Peña Nieto, "and Mexico will pay for the wall. One hundred percent. They don't know it yet but they're going to pay for it."

For his part, Peña Nieto responded to the Trump diss in-kind after facing overwhelming backlash from Mexicans upset by the cordial meeting.

"His policy stances could represent a huge threat to Mexico, and I am not prepared to keep my arms crossed and do nothing," Pena Nieto said in a late evening television interview, according to The Telegraph. "That risk, that threat, must be confronted."