Laws that hurt women: Dangerous anti-choice policies in Texas and Ohio may have damaged women's health

Maternal mortality is up in Texas and abortion complications are up in Ohio, thanks to perilous new laws 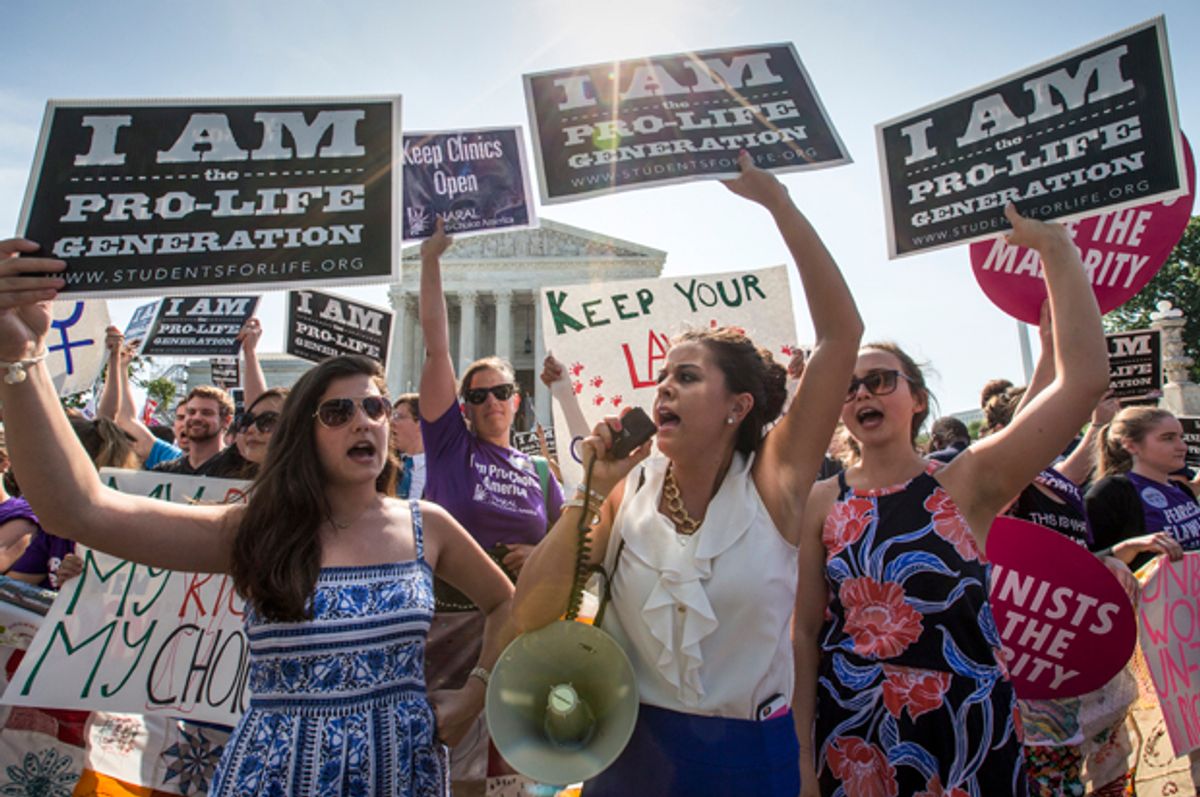 For more than a decade, opponents of reproductive rights have cited a need to protect women's health to justify their attacks on abortion clinics and reproductive health centers like Planned Parenthood. For years, anti-choicers have been passing medically unnecessary legislative restrictions on abortion clinics and attacking funding for Planned Parenthood, and claiming to do so to protect women from abortion, despite the fact that abortion is 14 times safer than childbirth.

This summer the Supreme Court rejected this argument, overturning a series of abortion restrictions in Texas on the grounds that the state had done nothing to show that these regulations improved the quality of women's health care. But now research in two states — Texas and Ohio — has gone a step further, showing that anti-choice regulations have caused substantial harm to women's health care, raising the rates of complications. These stricter rules may even be related to a surge in maternal mortality.

In 2004, under the guise of advancing women's health, Ohio passed a law requiring women who are seeking a medication abortion to use an outdated method that the Food and Drug Administration had recommended in the early days that it approved a drug regimen. While the original method that the FDA recommended worked to terminate pregnancies, doctors and then researchers quickly discovered a better, safer way to administer the drugs, one that lowered the dose of the first pill a woman would take (mifepristone) and raised the dose of the second pill she would need (misoprostol).

"The clinical research done since medication abortion was first approved in 2000 has really refined the best dosages, timing and administration of these two drugs," Dr. Ushma Upadhyay explained via email. "The updated protocol is more effective and leads to fewer side effects."

Dr. Upadhyay is the lead author of a new study, conducted by Advancing New Standards in Reproductive Health at the University of California, San Francisco, that explored the effects of Ohio forcing women to use an outdated abortion method instead of the more recently developed and safer methods.

Specifically, the rate of complications shot up, with three times as many women having to return to the doctor for extra treatment than before the law was passed.

Considering the bevy of other ways that anti-choicers have adopted to make the process of obtaining an abortion as difficult and painful as possible (from imposing waiting laws to requiring doctors to tell terrifying lies to patients to standing outside clinics to harass them), I don't believe it's accidental that they also passed legislation that raises the rate of complications and amount of suffering women have to endure. On the contrary, requiring women to use an ineffective and painful method over a quicker, safer one looks quite a bit like the behavior of religious fanatics trying to punish women for choosing abortion in the first place.

In Texas, ferreting out the specifics is a murkier proposition, but the situation there is also more alarming. While maternal mortality rates are falling around the globe, a new study published in Obstetrics & Gynecology finds that in Texas, they have nearly doubled. They started going up right around the time that Texas, in the name of "protecting" women from abortion, started to slash funding for reproductive health programs.

"In 2011, the legislature voted to cut the funding for family planning services by two-thirds, and it also excluded Planned Parenthood from the fee-for-service family planning program," said Dr. Daniel Grossman, the director of Advancing New Standards in Reproductive Health.

"We cannot draw a causal link between the family planning cuts and abortion restrictions and the rising maternal mortality in Texas," he added, noting that many factors, including access to "high-quality prenatal care and obstetric services," contribute to lowering maternal mortality.

That said, cutting off thousands of women from the contraception and other reproductive health services they need couldn't have helped.

Another study, published earlier this year, showed that the birth rate among low-income women surged after the cuts to Planned Parenthood, which robbed a lot of low-income women of their usual source of birth control. A surge in births among women who wanted to prevent pregnancy can't be good for maternal mortality rates, that's for sure.

After all, one reason some women delay or avoid pregnancy is that they don't think they have the access to health care necessary to bring a baby to term safely. The task force found, for instance, that many of the deaths were related to drug abuse and others were related to elevated blood pressure. For women who have these health problems, being able to prevent pregnancy until they can overcome these problems or at least be monitored more carefully by doctors is a critical tool for staying alive.

Overall, these grim findings point to a fact that the Supreme Court's recent abortion decision barely touched: Anti-choicers don't actually care about women's health. If anything, they are drawn toward policies that experts know for a fact will reduce the quality of women's health care. Which makes sense, if one thinks that the purpose of anti-choice policy is not protecting women but punishing them for making life choices conservatives don't approve of.