Get off of my cloud: Dell's $60 billion merger with EMC is all about challenging Amazon's dominance of cloud computing

Michael Dell is betting his newly formed company can be the market leader in private clouds. 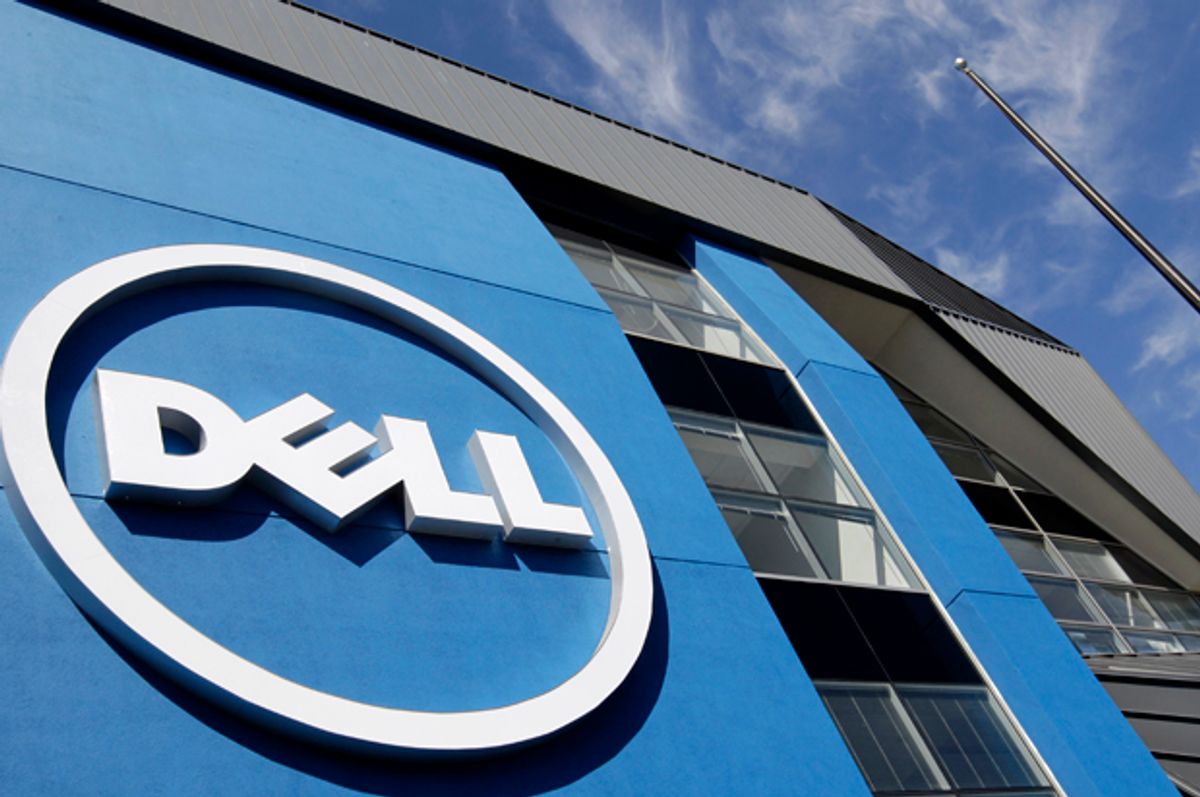 Just three years ago, the future was bleak for Texas technology company Dell Inc. Declining hardware sales and the rise of China’s contract manufacturing hammered the company’s core build-to-order hardware business model. After years of layoffs and restructuring, the company limped away from the stock market with a 2013 leveraged buyout, putting the company back into the hands of its namesake founder Michael Dell.

But if all goes as planned, by Wednesday Dell will start a new chapter for a company he founded more than 30 years ago from a University of Texas dorm room. And following its $60 billion merger with Massachusetts-based EMC Corp., a leader in data storage,  slated to be officially sealed next week, Dell Inc. will soon be renamed Dell Technologies.

This deal — the largest-ever technology merger — makes Dell the biggest supplier of the hardware and software used in building cloud-computing networks that centralize storage, applications, databases and other elements delivered to numerous users on demand. The cloud, as it’s known, is the most vital platform on the internet right now. It’s what Netflix and Instagram use to deliver on-demand content, and it’s what corporate titans like General Electric and McDonald’s tap to store and process data globally.

Currently, the industry leader in cloud computing is Amazon Web Services, which offers dozens of cloud-based services to companies and government agencies worldwide, generating $10 billion in sales last year, a 10th of Amazon’s total revenue. Thus, Amazon controls nearly one-third of the global cloud-computing market, dwarfing its closest competitor, Microsoft’s Azure, which has a 10 percent market share. Other players include IBM, Google and Salesforce, but all of their cloud-computing market share combined make up just a little more than half of Amazon’s.

Although it might look like Dell is David going after a Goliath by challenging Amazon, the reality is a bit more complex. By acquiring a leader in data storage and related software, Dell Technologies is priming itself to become a leader in private and hybrid cloud services, said Raj Thangavelsamy, vice president of SSA & Company, an advisory firm specializing in corporate mergers and IT strategies.

“Amazon and Microsoft have made it very hard for companies like Dell, HP and Oracle to get into cloud computing,” Thangavelsamy told Salon. “But even though Amazon and Azure are pretty secure, there are companies and industries that are reluctant to put sensitive data on public clouds.”

Unlike public clouds, private clouds are used by companies to share data internally. They are used by banks, health care providers and governments –that prefers to keep sensitive or proprietary data on their own company-owned servers and not on off-site servers. Hybrid clouds use both public and private clouds, with stronger internal security systems guarding more sensitive data.

Amazon isn't a big player in the private cloud game. And by acquiring EMC, Dell is setting itself up to be the Amazon of private and hybrid clouds.

According to information technology research firm Gartner, the overall market for data centers (including servers, storage and networking) will grow to be a $156 billion industry by 2018, from $119 billion in 2013. By 2018, public cloud services are expected to grow 22 percent to become a $60 billion business. But private cloud service is growing faster as companies upgrade their outdated internal data centers. From 2013 to 2018, private cloud services will grow by 32 percent, to $45 billion.

“There is no clear leader right now in internal and hybrid cloud” computing, Thangavelsamy said. “And hardware companies have a natural advantage in private and internal cloud services because they can move their existing customers over.”

In other words, it sounds like Michael Dell is right to have his head in the cloud.