The "LoweBot" will be able to direct customers around the store, and check up on employees within it 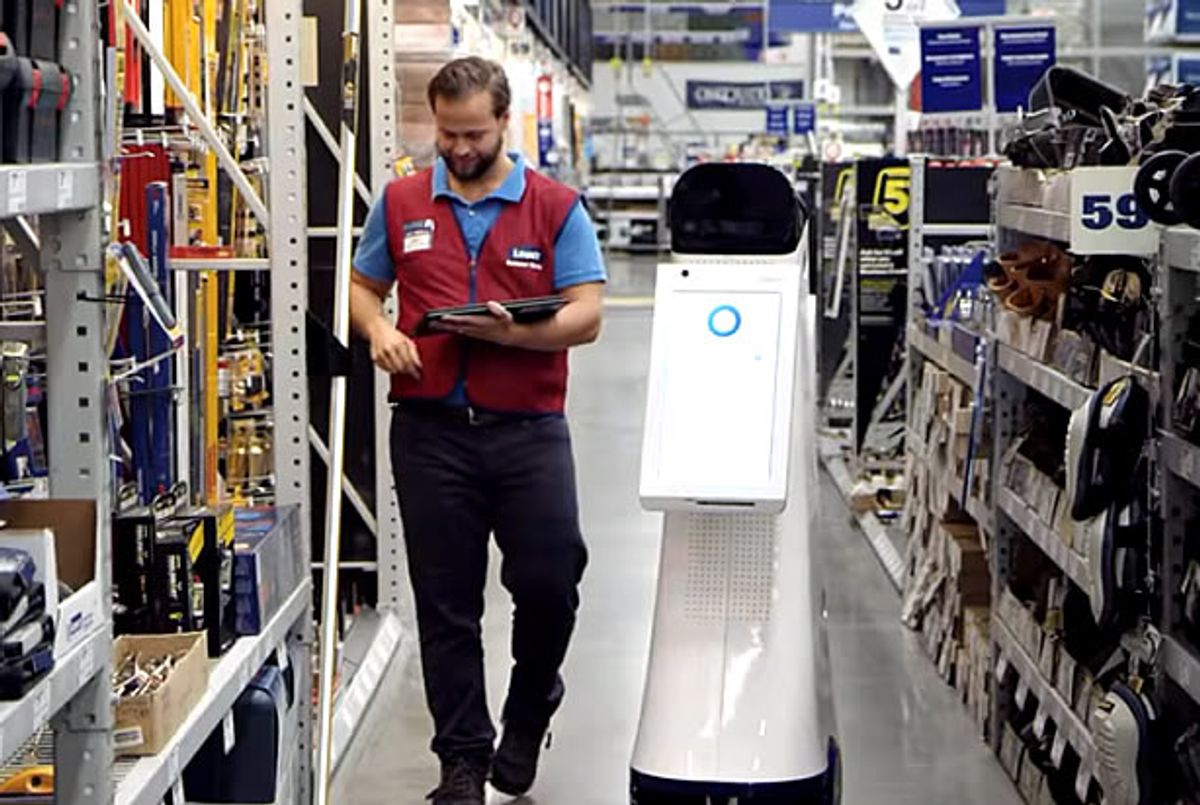 Lowe's home improvement retailers will begin "employing" what the company is calling "LoweBots" in select stores starting later this year.

The LoweBot, built by independent developer Fellow Robots, will not only be able to help customers navigate the company's labyrinthine warehouses and locate items, it will also aid similarly confused employees -- as well as check up on them.

In the advertisement introducing the LoweBot above, the company boasts of the robot's ability to "constantly monitor inventory" and shows the robot wandering around the store when "Inventory Scanning [is] In Progress."

Designing a robot to cover the basics of customer service does seem like an admirable endeavor for a chain like Lowe's -- the cliché about never being able to find a store representative in these retail warehouses is a cliché for good reason, especially since when one is finally located, he or she is invariably already engaged in some other task.

Freeing employees from the lumber department to shave planks and bevel edges instead of directing lost customers to the tiling aisle every five minutes is, in fact, not altogether a bad thing -- especially as the LoweBot will be able to direct them there in multiple languages.

However, it does seem such automatons are but the first step in some grander plan to eliminate human employees from the floor altogether, even if the LoweBots themselves don't have anything in the way of functional arms.