How I learned to love "adulting" — the word, if not the act

I love being an adult, but having my act together is often an aspirational goal 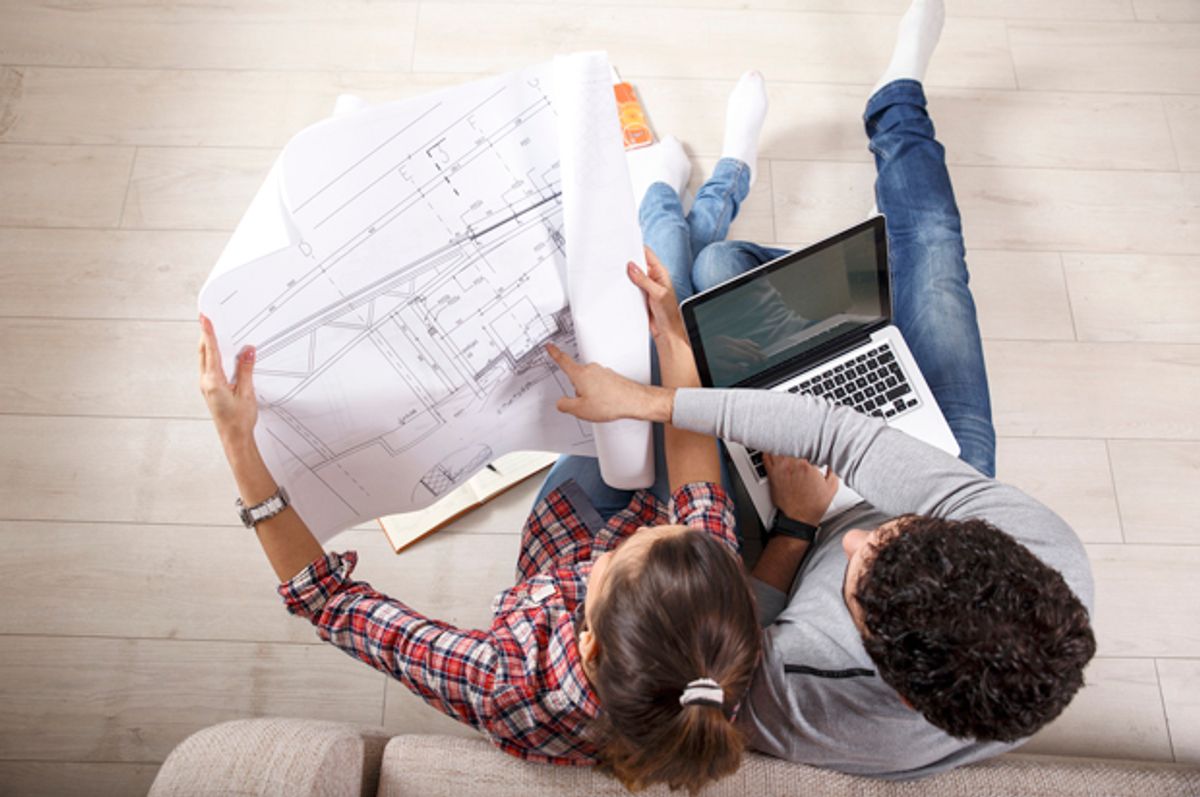 Depending on who you ask, "adulting" is either exactly the right word to describe modern life tasks or a scourge on the English language. Arguing for the latter is Danielle Tullo in Cosmopolitan, who wrote, "'Adulting' is a terrible fake word (that you will not find in the actual dictionary, for the record) that everyone should stop using. 'Adulting' implies that being an adult is not a necessary part of growing up, but rather a life choice you're hesitant to fully buy into. It's a singularly Millennial — especially female, at that — immaturity that reduces being a grown-up to a hobby. If nothing else you do makes you seem like a stereotypical Millennial living in an entitled fantasy land where actually growing up is, like your hobbies, optional, saying 'adulting' is sure to do just that. "

Madeline Rosenthal echoed Tullo's sentiment in an Elite Daily diatribe, writing, "Don't get me wrong; I get that some things really do represent a transition from dependence to independence. They're big steps: things like getting your own apartment or getting your own health and car insurance. . . . But this buzzword makes it all seem like a joke. It makes US seem like a joke." Rosenthal urges those inclined to use "adult" as a verb to substitute "productive member of society," concluding, "You ARE an adult. You've BEEN an adult. Act like it."

Time reports that the journal American Speech has traced the use of "adult" back to a 2008 Tweet:

It has, of course, taken off since then, with corresponding products like the popular Etsy coffee mug phrase, "Coffee because adulting is hard" and a popular blog turned into a book. As Merriam-Webster recently noted in a blog post about "adulting" in its "words to watch" section, "It's not a serious word, but it's increasingly used in published, edited text, and it keeps showing up in ad copy, which is a certain sign of some kind of linguistic arrival."

Let’s set aside the fact that I find it infantilizing to tell people what words they should and shouldn’t use, unless we’re talking about a case like naming your NFL team the Redskins or the politics of the n-word, when the very words themselves have a history of hatred behind them. Basically, if you’re against Sheryl Sandberg’s quest to ban “bossy,” you shouldn’t be in favor of trying to do away with “adulting."

Yet I understand the aversion to the word. When I first saw it all over Facebook, Instagram and my general online reading, I cringed. It sounded ridiculous, and I scoffed at it as a millennial aversion to doing any sort of adult task, as if people who proudly claimed their "adulting" status wanted a medal for getting up in the morning. But sometime over the last few months, I've found myself using it, if only in my head (I'm not quite at the stage of shouting it from the rooftops or emblazoning it on my clothes). What changed my mind? Well, the slog of some major adult tasks.

This year, perhaps because I feel the weight of being 40, a number that looms large in my mind, I've set about upgrading my life. I'm in the process of studying for a written driver's exam, the necessary step to take driving lessons in my state. The last time I drove a car was about 15 years ago, and I've lived with a huge phobia about cars ever since I got in an accident at 17. I hate feeling like my phobia controls me, so I'm planning to get my license, even though I doubt I'll drive more than a few times a year.

I also made a financial bucket list, including a numeric goal for my credit score and other specific monetary achievements I'm striving toward, like paying off all my credit cards and starting a belated retirement savings account. I've also quit drinking caffeine, in the hopes that doing so will help me conceive. I've forced myself to go to sleep at 10 p.m. and set my alarm for 5:30 a.m., so I can get as much work done as possible when I'm most alert. When I do mess up, like spilling seltzer on my couch, I've stepped up to the plate and hired a couch cleaner I found through much Googling.

That's not to say I'm a paragon of adulthood. Last week, on vacation in Martha's Vineyard, I left my rolling suitcase outside the airport. When I realized my mistake about ten minutes later, I promptly got off the bus I was on, called baggage claim, and thankfully, a half hour later was on my way, with all my luggage. In the past, when I messed up like that, I would spend umpteen hours berating myself. But part of being an adult is taking ownership of your mistakes, moving on and doing everything in your power not to make them again.

Some days, I'm more able to handle the ups and downs of real life than others. Plenty of mornings, I wake up feeling utterly unprepared for the day ahead. That sensation is, I believe, what lies at the heart of the "adulting" craze. We may know what we have to do, but often we just don't want to; instead, we'd rather stay in our pajamas, eat sugar cereals and watch cartoons. It's okay to embrace that feeling, as long as we don't devolve into actually ignoring what we should be doing in favor of what we wish we could be doing instead (unless it's the weekend or a holiday or a mental health day).

Here’s the thing: whatever name we call it, unless you can outsource of all life’s daily hassles, the reality of taking on adult responsibilities isn’t easy. Maybe some days it's straightforward and not much of a bother, but I dare anyone reading this to tell me that their every day as an adult is carefree and simple. That’s just not realistic.

I often feel like adulthood is more akin to playing whack-a-mole than anything else. Just when I take care of one pressing task I’ve been neglecting, like, say, going to the dentist or getting a state ID or making a will, another pops up. There’s no graduate school we can attend to figure out what to do when we get laid off or how to handle aging family members or which cell phone plan to buy. And those are just the more practical tasks; matters of the heart are another ordeal entirely. A breakup at 16 is different than one at 26 or 36.

So while I understand the frustration with the term “adulting,” I think it’s misplaced. There’s a difference between shirking responsibility by crowing over every washed dish or bill paid and simply acknowledging the fact that we all deserve a break sometimes. That desire is what has fueled back-to-childhood businesses like Michelle Joni’s adult preschool. This program is both a throwback to simpler times and, from what I can tell, a way to harness that childlike energy and worldview back into our daily lives; Amanda Devereux described one of the exercises she participated in as creating "a superhero that combines our strengths with what we hope to become better at."

Perhaps I've simply succumbed to a cultural zeitgeist originating with those a generation younger than me as a nod to my delayed adolescence, but I say, if you're using "adulting" as a way to be proud of your achievements, rather than a means of agonizing over them, go for it. We should acknowledge that being an adult isn't simply about having "freedom," and that sometimes that very freedom, along with its attendant responsibilities, is something we just don't want to deal with on any given day.

I love being an adult; I love earning my own income; I love setting my own schedule and planning my vacations; believe it or not, I actually love errands like grocery shopping. What I don't love is stress and hard decisions and feeling like my life is half over and I've barely scratched the surface of what I want to do with it. So when I give myself credit for "adulting," it's a way to simply pat myself on the back, and then move on to the next adult action.