Robert Reich: The reality of free trade deals — they don't benefit all

If we want the public to support free trade, we’ve got to ensure that everyone benefits from it 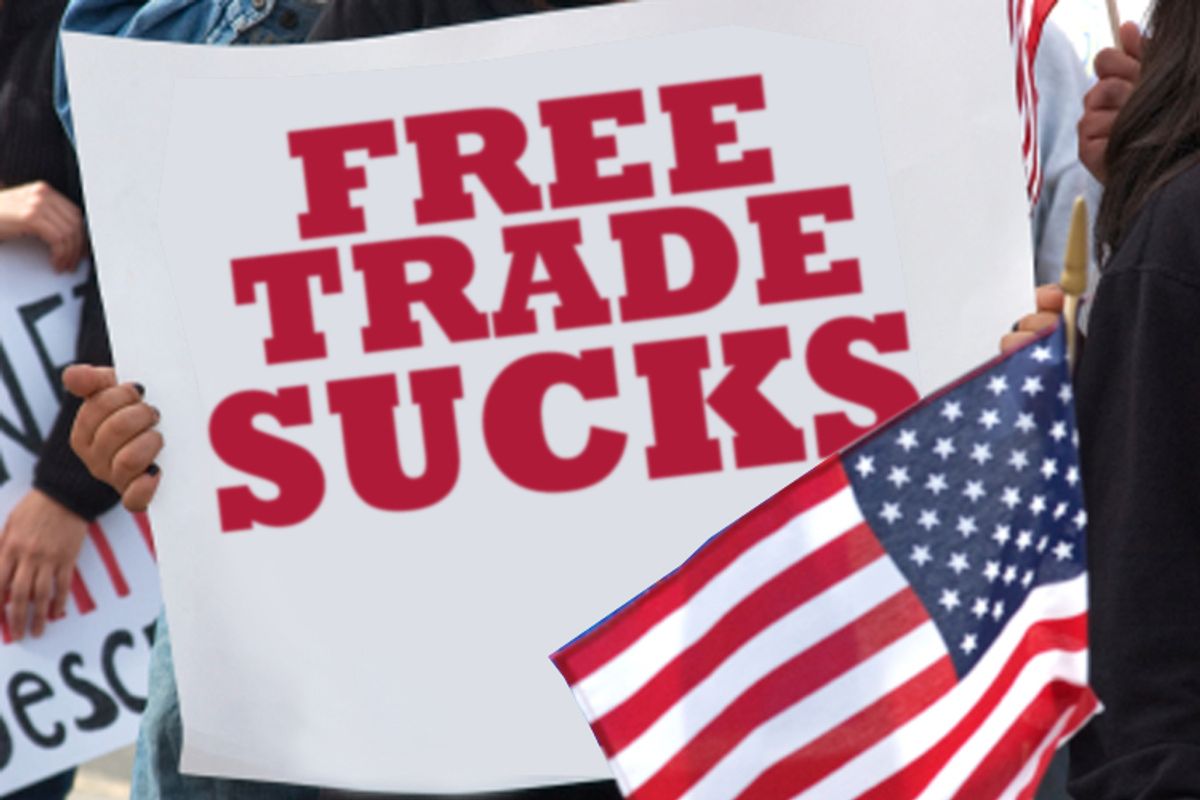 Free trade is figuring prominently in the upcoming presidential election. Donald Trump is against it. Hillary Clinton has expressed qualms.

Economists still think free trade benefits most Americans, but according to polls, only 35 percent of voters agree.

Because economists support any policy that improves efficiency and they typically define a policy as efficient if the people who benefit from it could compensate those who lose from it and still come out ahead.

But this way of looking at things leaves out three big realities.

1. Inequality keeps growing. In a society of widening inequality, the winners are often wealthier than the losers, so even if they fully compensate the losers, as the winners gain more ground, the losers may feel even worse off.

2. Safety nets keep unraveling. As a practical matter, the winners don’t compensate the losers. Most of the losers from trade, the millions whose good jobs have been lost, don’t even have access to unemployment insurance. Trade adjustment assistance is a joke. America invests less in jobs training as a percent of our economy than almost any other advanced nation.

3. Median pay keeps dropping. Those whose paychecks have been declining because of trade don’t make up for those declines by having access to cheaper goods and services from abroad. Yes, those cheaper goods help but adjusted for inflation, the median hourly pay of production workers is still lower today than it was in 1974.

So if we want the public to support free trade, we’ve got to ensure that everyone benefits from it.

This means we need a genuine reemployment system — including not only unemployment insurance, but also income insurance. So if you lose your job and have to take one that pays less, you get a portion of the difference for up to a year.

More basically, we’ve got to ensure that the gains from trade are more widely shared.