The slow sweetness of "Queen Sugar": Ava DuVernay's drama takes its time, but the journey is worthwhile

Beautiful as a confection, "Queen Sugar" asks us to know its characters before stirring the family drama to a boil 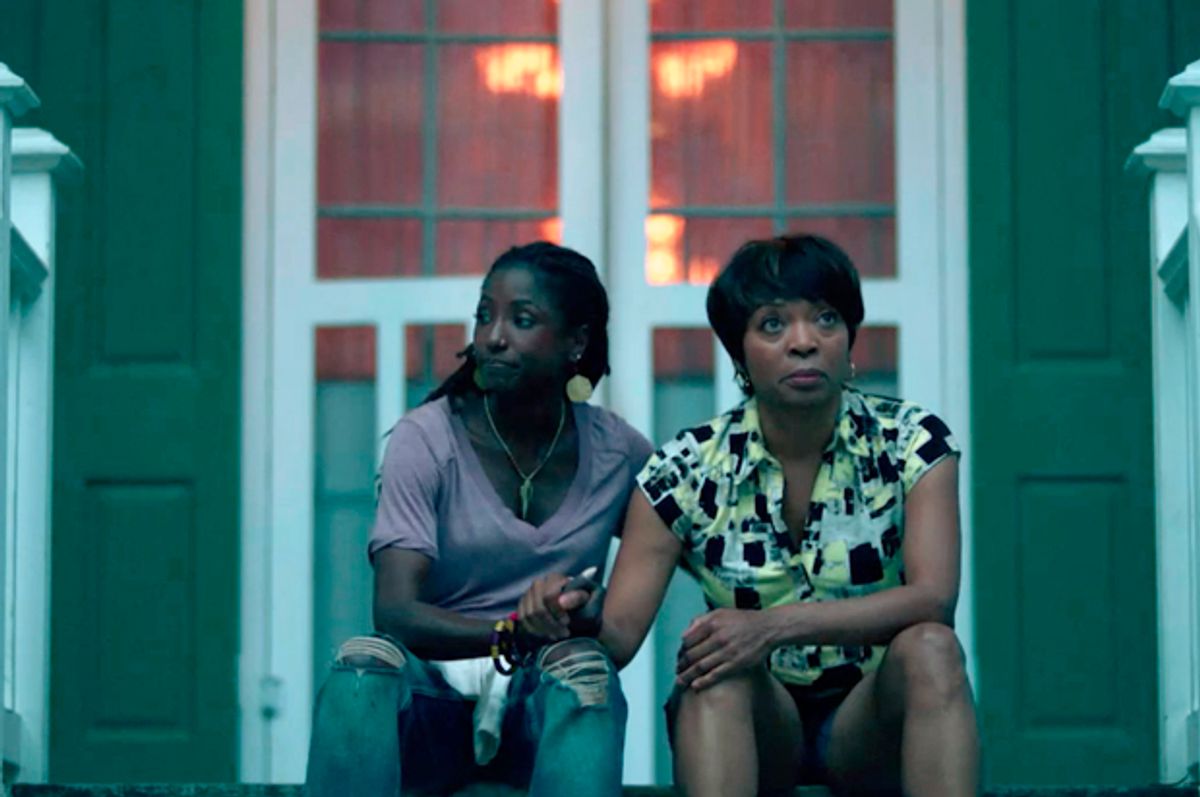 Not every film director makes the first leap to television as smoothly as Ava DuVernay, whose OWN drama “Queen Sugar” premieres in two parts tonight and tomorrow. From the opening scene on, the “Selma” director lends her creative strengths to the story, saturating every scene with the sumptuous visuals afforded by the story’s Louisiana setting.

Verdant fields stretch out for miles, and dreamy lighting augments the tenderness in the smallest conversational exchanges. A moment as simple and pure as watching a child’s face turn golden in the glow of birthday candles, cutting directly to the joyful radiance in his father’s eyes, holds its own weighty significance. Every character is granted a wealth of consideration within these frames, giving the viewer much to digest without growing overly full.

At the same time, “Queen Sugar” all but inches toward the inciting incident that brings together its estranged trio of Bordelon siblings to tend to their birthright, an ailing sugar cane farm barely run by their father Ernest (Glynn Turman). This is where DuVernay’s meticulous plot development snags the story's progression a bit, pushing its true starting line into episode three — which may a bit too far from the tale’s actual beginning.

Whether a person thinks that's indulgent depends on one’s point of view. Where other creatives see the jump into long-form storytelling as receiving license to stuff a feature length film into a TV pilot (see: Baz Luhrmann's “The Get Down”) “Queen Sugar” chooses to marinate each character's portrait in the slightest details, asking us to explore every piece of luggage before we embark on the journey. Our forbearance is rewarded, without question, but that’s a tactic that assumes the viewer has already bought in to the story — almost as if having purchased a ticket at the box office.

By then, the hope is that we’re well invested in the lives of the Bordelon children. Eldest daughter Charley Bordelon West (Dawn-Lyen Gardner) is the farthest removed from her Louisiana roots both economically and geographically. Having married professional basketball player Davis West (Timon Kyle Durrett), Charley lives a life of wealth and glamour and is on the verge of signing on to a “Basketball Wives”-style reality series when her life takes nasty turn.

That’s before another tragedy puts her on a plane to bayou country with her son Micah (Nicholas L. Ashe) to reunite with her sister Nova (Rutina Wesley), a journalist who observes spiritual traditions, and brother Ralph Angel (Kofi Siriboe), who’s been in trouble with the law.

Wesley’s Nova has the least amount of overt friction in her life, although a key aspect of her story hints that trouble is waiting down the road a bit. But her relative stability in relation to her siblings allows her to serve as the bridge between image-conscious Charley and the thrashing rage of Siriboe’s disregarded Ralph Angel. Known for playing the fiery Tara on “True Blood,” Wesley displays a quiet fortitude that underscores Nova’s drive for justice, which hides a delicate heart that may be easily hurt.

Gardner’s Charley gives “Queen Sugar” a familiar hook for viewers unfamiliar with Louisiana rural life, a highly intelligent professional woman afraid to let the cracks in her life show. Her problems lend a few suds to this family drama, helping sell (and occasionally providing distraction from) the drama’s thornier themes.

Underneath the sibling rivalry and family heartache, are a number of commentaries about the economic and political inequities African Americans face in the course of living. The contrast between Charley and Nova goes beyond that of exploring a rich woman in Los Angeles and a middle class journalist in New Orleans, whose passion for activism gives viewers a glimpse at protest movements and the plight of the wrongfully imprisoned.

It also invites us to consider the value the media assigns to spotlighting personal shame as opposed to exposing political corruption — an idea Nova has to face when her editor deflects her pitch on a story about water pollution. Instead, he’s hoping she’ll get the inside dirt on her sister’s very famous husband. The request is an affront to Nova personally — and on several levels at that — and professionally.

In a similar vein DuVernay, who directed two of the three episodes made available to critics and wrote the first, makes us move beyond the first impression we get of Ralph Angel to empathize with his struggle to make something of his life, in spite of the odds stacked against him as a single father and a recent parolee.

Siriboe’s character may end up being the show’s most important element as the story examines the inequities facing black farmers in an industry that makes it tougher to eke out a living with each passing season, which was a central thrust of Natalie Baszile’s book, upon which "Queen Sugar" is based.

Ralph Angel would also be challenging to embrace if not for DuVernay’s studious emphasis in affording dignity to all of her characters. Siriboe's onscreen chemistry with Ethan Hutchinson, who plays Ralph Angel's six-year-old son Blue, softens his character's edges, just as interactions with Blue’s troubled mother Darla (Bianca Lawson) underscore his right to his anger.

DuVernay and Oprah Winfrey, who also executive produces “Queen Sugar,” have assembled a captivating core ensemble, aided by Dondré Whitfield's formidable performance as family friend Remy Newell, and Omar J. Dorsey, who plays the devoted partner of their Aunt Violet (Tina Lifford), the family’s respected elder. Winfrey was originally intended to play Violet, and though one can visualize her in the role, Lifford is so superb that one doesn’t miss her.

Large though its cast may be, the story grants “Queen Sugar” a broad landscape and a galaxy of emotional palettes to absorb, and there’s a lot to appreciate in the atmospheric spaces the show explores and its emphasis on allowing these characters and the setting to simply be, and to breathe.

All of this makes “Queen Sugar” a luxurious viewing experience, one that invites us to savor the odd stops at a roadside stand to shop for fish, or sigh over the sensuality of witnessing a love scene that culminates in a man helping a woman put on her clothes as opposed to undressing her. These pauses don’t expressly forward the plot, but they add a such a perfect amount of sweetness that it’s hard to imagine the tale satisfying as deeply without them.