DOJ will stop using private prisons, but most facilities are operated by states and ICE — an ACLU attorney explains 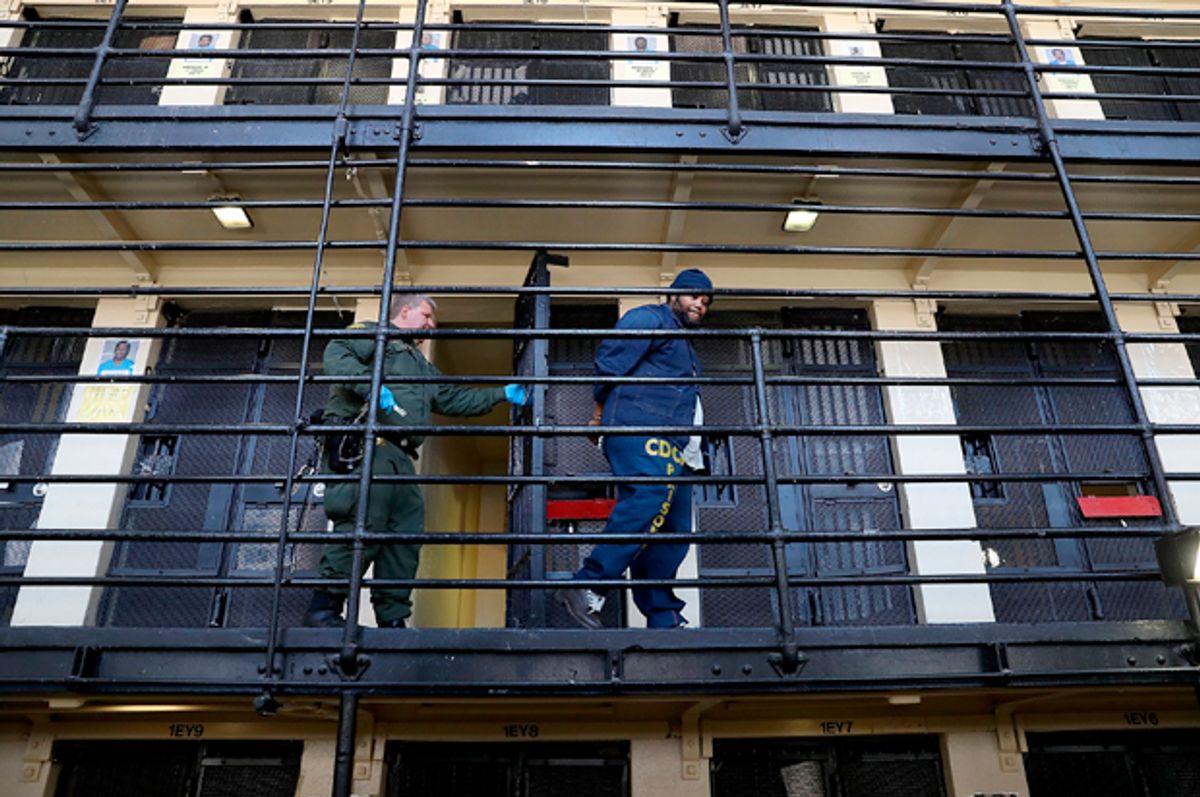 The U.S. Department of Justice announced in August that it will phase out its use of private prisons. The decision was widely celebrated as a move away from exploitative and dangerous for-profit facilities. Rights groups have for years pressured the U.S. government to halt the growing trend of prison privatization.

Legal advocates say the decision is just one step in the right direction, however. There is still a long way to go to end the use of private prisons in the U.S.

For starters, the announcement will apply to just a fraction of people incarcerated in the U.S. The DOJ only has authority over federal prisons, while the vast majority of prisoners in the U.S. are in state facilities. The department can provide informal guidance to states, but its decision to move away from private prisons is not binding for individual states.

Moreover, the Federal Bureau of Prisons does not have jurisdiction over the detention centers run by Immigration and Customs Enforcement, where privatization is increasingly common. Private prison companies oversee roughly three-fourths (73 percent) of the roughly 34,000 people detained in facilities run by ICE, which is part of the Department of Homeland Security.

Salon spoke with Carl Takei, a staff attorney at the National Prison Project of the American Civil Liberties Union, or ACLU, who focuses on the U.S. criminal justice system. He applauded the decision, but noted that there is still a lot of work to be done.

"I think this is a turning point," he reflected. Takei pointed out that, before the DOJ's announcement, ICE and state correctional agencies had pointed to the Bureau of Prisons to justify using private prisons.

"It's going to be very hard for state correctional agencies and ICE to essentially say, 'The Department of Justice said that private prison companies do a terrible job, but we think they're doing a great job for us,'" he explained.

Takei added, "It is as clear an announcement that the Justice Department could have possibly made that they are ending their experiment with private prisons and that it was a failure."

The DOJ's Aug. 18 memo, signed by Deputy Attorney General Sally Yates, calls for "reducing — and ultimately ending — our use of privately operated prisons."

It notes that private facilities "compare poorly" to those operated by the government: "They simply do not provide the same level of correctional services, programs and resources; they do not save substantially on costs;  and ... they do not maintain the same level of safety and security."

The privatization of prisons has become a hot topic in social justice movements and in the Movement for Black Lives, particularly for the ways in which the profit motive fuels mass incarceration. Many private prisons, depending on their contract, are paid to fill a specific number of beds in their facilities. The more people incarcerated, the more money they make.

The U.S. has less than 5 percent of the world's population, but nearly one-fourth of its prisoners — more than 2.2 million people, or nearly 1 percent of the U.S. population. Close to 1.6 million Americans are incarcerated in prisons, with another 700,000 in jails.

Given most prisoners are in state facilities, an end to the use of private prisons would take action at the state level; the DOJ could not take executive action. Takei said Congress could potentially address the issue, but the issue of federalism would have to be discussed.

A ban on private prisons is something that some states have already considered, Takei noted. And more state officials are discussing it in the wake of the DOJ announcement. "These discussions are only beginning at the state level in many places, however," he said.

The use of private facilities to detain refugees and migrants is another growing problem. The Obama administration has deported more than 2.5 million people — more than any other U.S. presidential administration — and detention rates are soaring as refugees and migrants flee violence primarily in Central America — violence that was often fueled by the Drug War and U.S. policy overall in the region.

Just before the DOJ's announcement, in fact, The Washington Post revealed that the Obama administration had quietly signed a $1 billion, four-year contract with Corrections Corporation of America, or CCA, the largest private prison company in the U.S.

CCA gets 28 percent of its revenue comes from ICE detentions. California Rep. Zoe Lofgren, a ranking member of the House’s immigration and border security subcommittee, told the Post, “For the most part, what I see is a very expensive incarceration scheme. It’s costly to the taxpayers and achieves almost nothing, other than trauma to already traumatized individuals.”

The Department of Justice and the Department of Homeland Security are sister agencies. The DHS can look at the DOJ's decision to move away from private facilities as an example, but the DOJ does not have authority over it.

Advocacy organizations are already pressuring DHS to follow DOJ's lead and end private prison contracts, Takei said. Some members of Congress have also joined in this campaign, and it looks like the pressure is increasing.

After the DOJ's decision was made public, Homeland Security Secretary Jeh Johnson announced that he will set up a committee to review whether or not to continue using private prisons for immigration detention.

Takei argues that a review committee is not necessary. "It doesn’t take a study to figure out that the system Secretary Johnson runs is costly and causes needless human suffering," he wrote. "We should stop filling for-profit prison beds with asylum-seekers, children and thousands of others who never got a fair day in court."

The private prison industry is nervously watching the new developments. After the DOJ's announcement, CCA's stocks fell precipitously. They later bounced back a bit, but not to the same level.

What happens next will depend partially on the next president, he said. The industry appears to be optimistic at this level, nevertheless. In June, The Intercept reported that Damon Hininger, the CEO of CCA, reassured investors that, regardless of whether Donald Trump or Hillary Clinton is in the White House, his company will be “just fine.”

The prison private industry is likely going to try to adapt, Takei speculated. "It can't keep going on the path that it has relied on for three decades — of just depending on state governments and the federal government rewarding them fat contracts to keep people locked up."

When asked what he thinks is behind the DOJ's decision, the ACLU attorney named three major factors. The first, and most important, was the years of advocacy work done and pressure put on the DOJ.

The ACLU released a lengthy, 104-page report in 2014, "Warehoused and Forgotten: Immigrants Trapped in Our Shadow Private Prison System," which exposed many of the abuses committed by private facilities. Investigative journalists like Seth Freed Wessler and Shane Bauer also detailed what goes on inside.

The second factor, Takei said, was the "quiet but in-depth and dogged" work of the Justice Department's inspector general. It audited the private prison contracts and spent years working on the report it published in August.

The watchdog's report, which was cited by the DOJ memo, consistently found very poor performance, higher levels of violence, nine times the number of lockdowns, the arbitrary use of solitary confinement and more in private prisons.

Third was the fall in the federal prison population, Takei said. In the past few years, the number of Americans incarcerated by the federal government has slightly decreased. In 2013, there were nearly 220,000 people in federal prison; now there are less than 195,000. The reduction in the prison population made it possible for the DOJ to phase out private prison contracts without the need for building new facilities.

Takei named two primary reasons for the slight fall in the federal prison population: the reduction of the crack-powder cocaine sentencing disparity and the decision to make drug sentencing retroactive.

After years of pressure, some things are slowly improving. But there is still a long way to go.

Asked what he thinks it will take to completely stop the use of private prisons, Takei replied, "It's going to require a lot of advocacy and organization, but I'm hopeful that it can be accomplished."