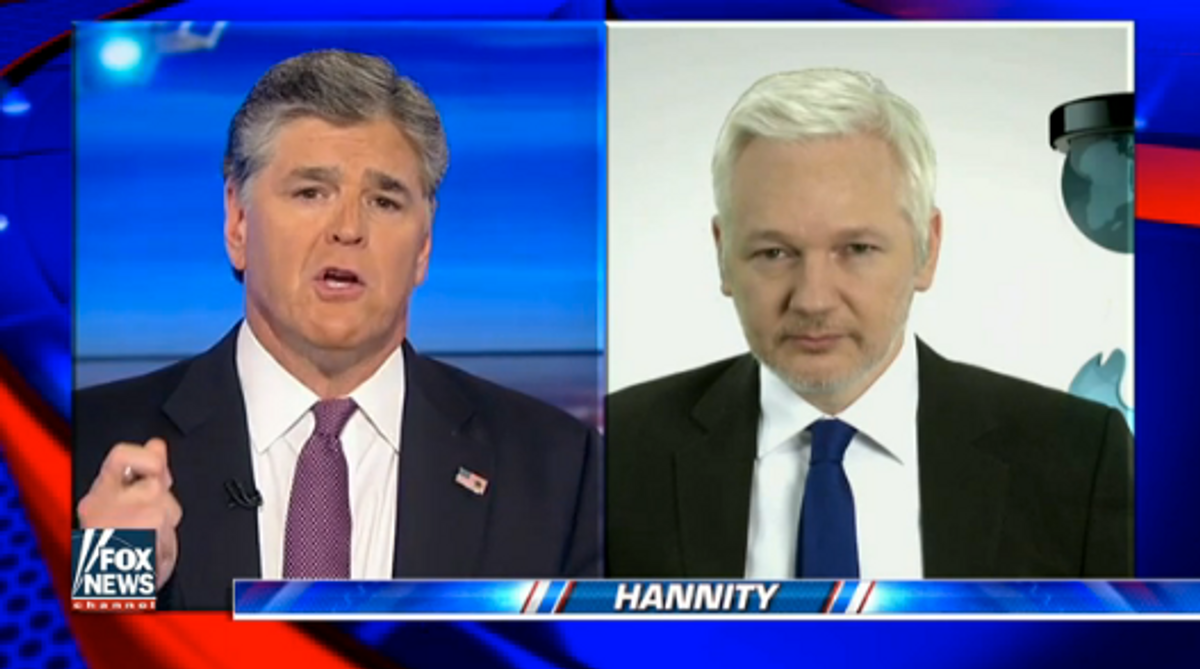 Continuing a media tour that has included interviews on “Meet the Press” and “Real Time with Bill Maher,” WikiLeaks founder Julian Assange appeared on Fox News’ “Hannity” last night to criticize Hillary Clinton’s handling of classified documents when she ran the State Department.

Never afraid of brazen proclamations, Assange told Sean Hannity that WikiLeaks has released thousands of emails from Clinton that used the classified marking she once pleaded ignorance to.

“It’s absolutely incredible for Clinton to lie, she is lying about not knowing what that is,” Assange said.

In a twist of irony, Assange also blasted the FBI for dumping the newest report on the Friday before a holiday weekend, “I do think it poses questions as to what sort of game the FBI is trying to play,” Assange said.

WikiLeaks, of course, faced similar backlash in July when critics questioned the convenient timing of the hacked Democratic National Committee emails that leaked on the eve of the party’s convention.

The biggest irony of all, however, is that Hannity invited the controversial guest in the first place. Back in 2010, Hannity accused Assange of “waging war against the U.S.” by publishing sensitive documents obtained by U.S. Army private Chelsea Manning.

In 2016, the game Assange and Hannity are playing is fairly recognizable: Both want to see Hillary lose in November.

Never afraid of hypocrisy, Hannity now finds solidarity with the WikiLeaks founder, “I hope you do get free one day. I wish you the best,” Hannity said to close the interview.