No wonder Kanye West's "Famous" video has so much nudity: His clothing line is underwhelming — yet still a must-see 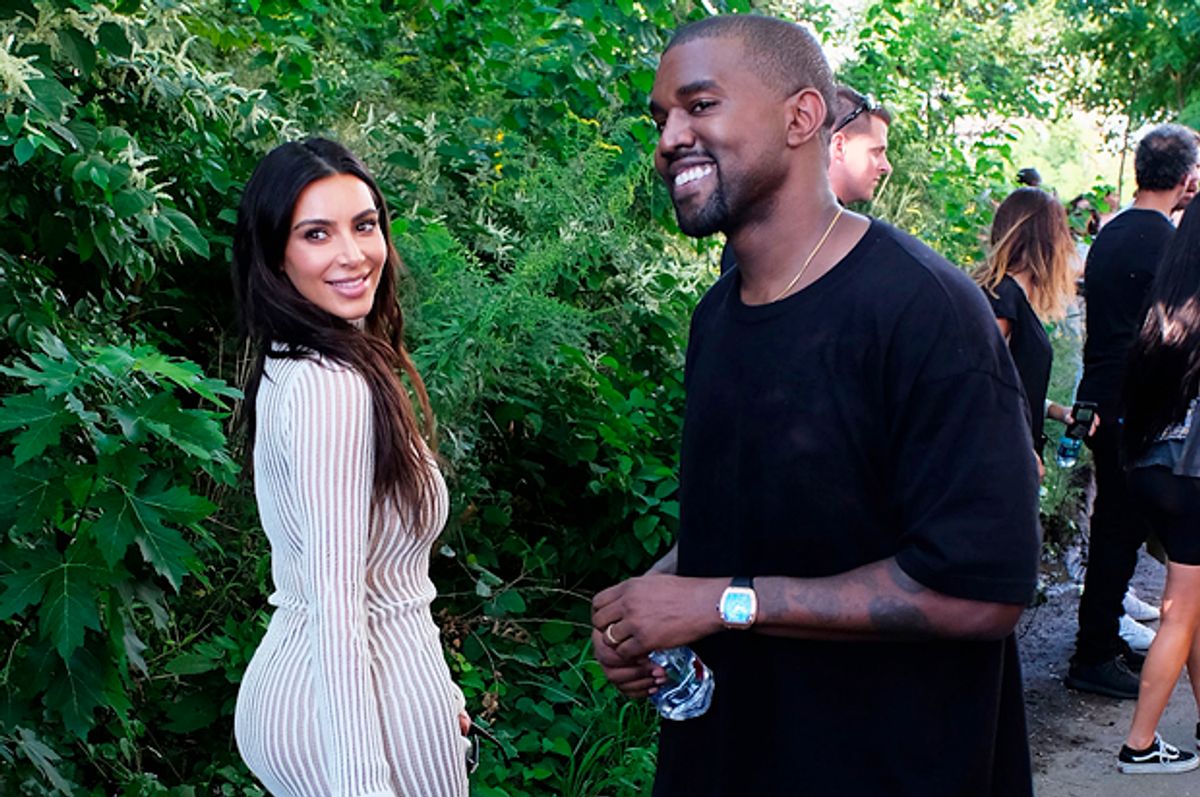 Kanye West is a terrific performer — just ask the attendees of his back-to-back sold-out concerts in Madison Square Garden earlier this week, who threw their hands up in rapture as West floated above them, alien-like, on a suspended stage. He is more than just a musician, of course: Kanye's also a mega-celebrity, a style influencer, a reality show star, the multi-hyphenate definition of a modern pop culture icon.

But West isn’t content to fill our playlist, DVRs and  Instagram feeds — he also wants to design the clothes we put on each and every day. You must give him this: He's persistent. The 39-year-old hip-hop star has been trying to hack it as a fashion designer for nearly a decade, launching a small line of jackets and a hoodie, Pastelle, in 2008, which never made it to stores; collaborating with Louis Vuitton on a line of sneakers in 2009; and showing two high-end designer collections under his own name at Paris Fashion Week in 2012. On both those occasions, his eponymous lines was thrashed by critics, and yet West has soldiered on. His big break finally came at the end of 2013 when he signed on with Adidas to produce not just sneakers, but a full-fledged apparel line, complete with biannual New York Fashion Week shows choreographed by of-the-moment performance artist Vanessa Beecroft. While the clothes themselves haven’t been a commercial success, they’ve been influential enough to merit knock-offs at Zara.

West’s fourth show with Adidas took place on Wednesday afternoon. All of the major power brokers in the fashion industry were there, plus a smattering of the Kardashian-Jenner clan (Kim, Kylie and Vogue's September cover girl Kendall), Kylie’s boyfriend Tyga, Pharrell Williams, Lala Anthony and the aptly named hip-hop artist Desiigner. All in all, it was a decent pull, but nothing like the front row he assembled for his very first show for the German sportswear giant.

By and large, this year's attendees did not have a good time. As the show was held on Roosevelt Island — a somewhat hard-to-access location — guests were instructed to load onto half-a-dozen shuttle buses on West 26th Street that ferried them, ever so slowly, through mid-town traffic. Long lines, broken toilets and a shouting match between one magazine editor and security ensued. West did not even show up until several minutes after the show scheduled start of 3 PM. His wife? Not until 4:15.

The models, wearing various cuts and shades of nude bodysuits that could have passed for a collaboration between West and Spanx, stood on an expanse of grass in the middle of the island’s southernmost park, fenced in by a triangular-shaped runway and metal benches where guests sat to watch. With the temperatures hovering in the mid-80s, the models stood in the sun for nearly an hour and began sweating through their bodysuits. No one offered them water. Several sat down, and one appeared to faint — an event that enraged various members of the audience. Occasionally, a siren-esque howl emitted from the loudspeakers, a riff on the sound that has made West's song “Wolves” such a hit. A friend texting from several benches down summed up the response: “Is this it?”

Finally, at 4:39, the first model stepped onto the runway, wearing slouchy thigh-high boots and a slinky, chalk-colored mini-dress that, on closer inspection, was made of a nubbly knit. It set the tone for the rest of the collection, which offered (occasionally luxe) takes on basics like hoodies, cargo jackets and pencil skirts in muted hues, occasionally featuring an interesting detail — like a flounced sleeve on a hoodie — but offering nothing new or innovative. (In fairness, though, that isn't West's goal: ”I don’t want the clothes to be the life,” he said at his first show. "I want the clothes to help the life.”) But what drew far more attention than the clothes was the footwear — he put his all-female model cast in tricky stiletto heels and boots, not sneakers — which were so poorly made that the model Amina Blue took off her heels mid-runway, and another wobbled so badly that she was compelled to stop before an audience member jumped up to help her off the stage.

There was nothing the clothes could do to compete, attention-wise, with that. The mood, as guests exited, was dour. At the venue’s exit was a small stand selling commemorative t-shirts, printed simply with the name and location of the show, priced at $75 a pop.

The line was not long. As she passed by, one fashion editor quipped: “No one wants a shirt from a show they want to forget.”