Trump lavishes praise on Putin during Commander-in-Chief forum: "He's been a leader far more than our president has been a leader" 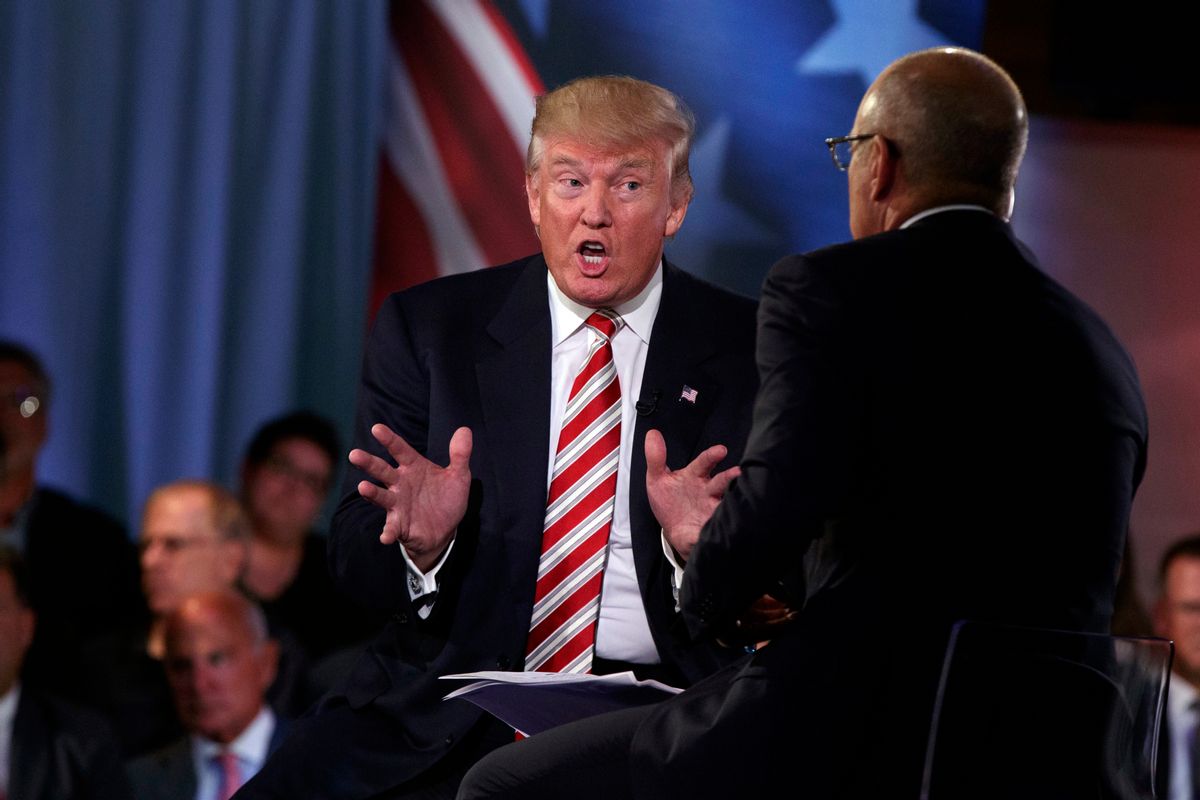 In between repeatedly lying about his past support for U.S. military intervention in the middle east and refusing to back down from his victim-blaming tweets about sexual assault in the military, Republican presidential nominee Donald Trump defended and praised Russian President Vladmir Putin during the first ever specifically dedicated commander-in-chief forum for presidential nominees.

At Wednesday's Commander-in-Chief forum, co-hosted by NBC News and the Iraq and Afghanistan Veterans of America, moderator Matt Lauer miserably failed to hold the political neophyte turned White House aspirant to account for his well documented support for both the 2003 invasion of Iraq and U.S. intervention in Libya, but did press Trump on his recent praise for Putin.

Calling him a ‘‘leader’’ who has ‘‘great control over his country,’’ Trump cited Putin's 82 percent approval rating in Russia as a shield from an array of hostile international actions carried out by him.

"But do you want to be complimented by that former KGB officer," Lauer grilled Trump.

When Lauer continued to press Trump on his support for Putin, the GOP nominee compared the Russian leader to U.S. President Barack Obama.

Watch below, via NBC News: