Bloodwashing: Why won't the gun lobby support a halt on instant gun purchases?

The faster you can buy a gun, the higher the suicide rate. But the gun lobby only cares about selling guns 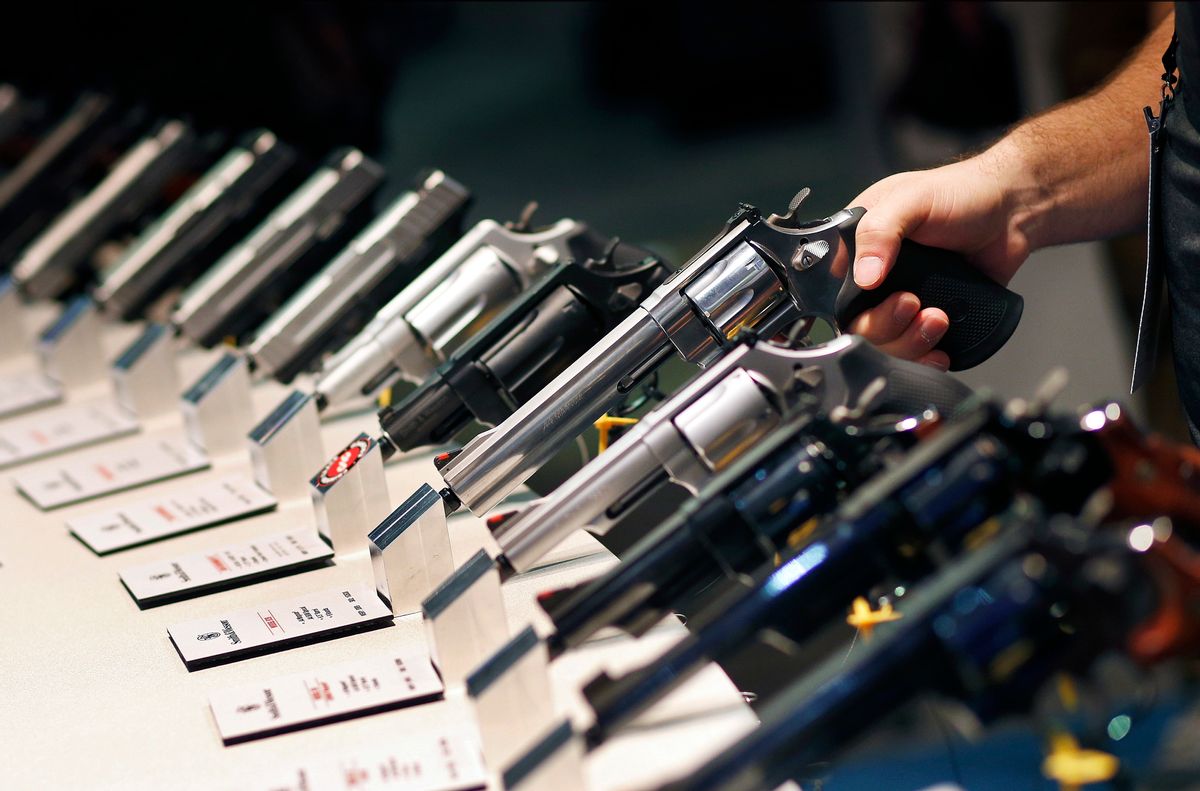 FILE - In this Jan. 19, 2016 file photo, handguns are displayed at the Smith & Wesson booth at the Shooting, Hunting and Outdoor Trade Show in Las Vegas. (AP)
--

The environmental movement calls it greenwashing: A big polluter plants a few trees in the rainforest in hopes that they can get some good publicity to leverage for their next bad move. It’s a sham and everyone knows it.

In the gun violence movement we don’t have a word for it, but the latest move by the National Shooting Sports Foundation, or NSSF, suggests we need one. Maybe redwashing? Bloodwashing?

The NSSF is a trade association for gun dealers, just like the National Rifle Association, or NRA, although that group pretends to actually represent people, not businesses.

Recently these merchants of murder announced their new plan to help prevent 10,000 gun suicides. They want the public to believe they did so out of deep abiding commitment to saving lives. They didn’t. I know this not because I can read the minds of the gun-toting elite but because we already know what can be done to prevent thousands of suicides by gun.

States with firearm waiting period laws have a significantly lower rate of suicide — 27 percent fewer suicides per capita and 51 percent fewer firearm suicides. Yet gun groups, including the NSSF, have consistently opposed any law mandating a reasonable amount of time pass between the decision to purchase a gun and actually getting your hands on one.

Mike Lewiecki, whose son’s suicide is featured in Making a Killing: Guns, Greed, and the NRA, knows this all too well. Kerry Lewiecki was just a few weeks from his wedding when he was overcome with pain and made the fatal decision to buy a gun and take his own life within the space of just a few hours.

As Mike later learned, and wrote about, Kerry’s story is all too common. Suicide is rarely a well-thought-out plan but rather an impulsive act with deadly consequences. Whether a suicide attempt results in death depends largely on how it is attempted. Guns are particularly deadly. Nine out of 10 suicide attempts using guns are lethal. Compare that to intentional overdoses, in which one in 50 suicide attempts result in death.

Restricting access to the most lethal means of suicide, such as guns, can reduce suicides. Studies have proven this.

But restricting access also means fewer gun sales, and the National Shooting Sports Foundation and National Rifle Association will do whatever they possibly can to sell guns. Indeed, selling guns is their whole reason for being and the reason our gun laws in this country are so warped.

So instead, they promise to train people to recognize the signs of the potentially suicidal. It can’t hurt, but it’s not enough to save lives nor is it enough to change the sad reality that the National Shooting Sports Foundation and the NRA are committed to one thing only: Profit.