Dispatches from the condom war: Democrats fight to keep women's access to contraception during the Zika virus crisis 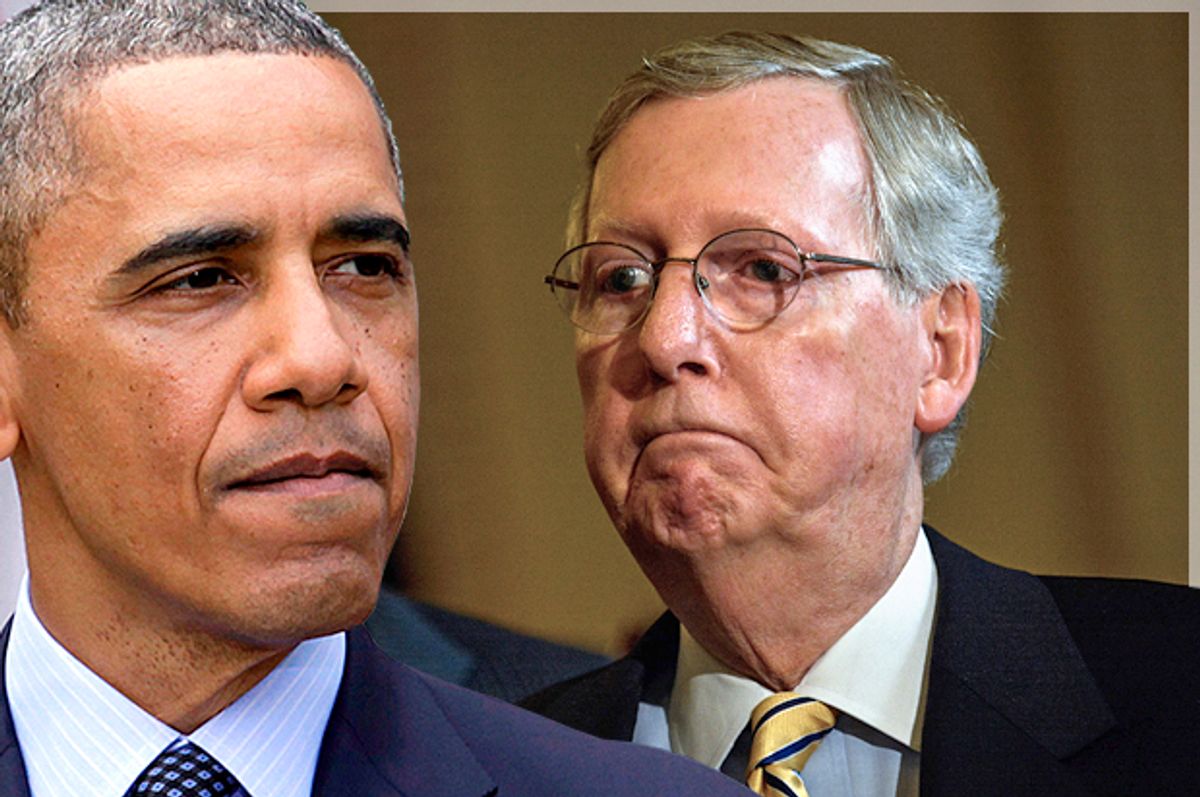 As most of the media is riveted to the presidential election, Democrats and Republicans continue to battle it out in the escalating war between the parties over contraception and other reproductive health care access. Cutting funding for affordable contraception for low income women remains a major Republican priority — this week suggests it is the major Republican priority — but Democrats are fighting back, and hard.

The headline-grabbing news this week is that Republicans have yet again slipped an anti-contraception rider to a bill that's supposed to be about funding efforts to fight the Zika virus, even though the CDC advises that the public needs "access to the full range of contraceptive methods to prevent unintended pregnancy is an important way to prevent Zika-related birth defects." The move forced the Democrats to block the bill again, and demand one that funds contraception services at Planned Parenthood, the organization that is the best equipped in the country to distribute contraception safely and effectively.

But while this fight is taking up the headlines, the Obama administration has been making moves to protect contraception access more generally. The HHS proposed a new rule for Title X funding that would make it much harder for state level Republicans to strip contraception funding from health care organizations, like Planned Parenthood, for purely ideological reasons.

Title X is a program that funds contraception and other non-abortion reproductive health services, like Pap smears and STI testing, for low income people who don't qualify for Medicaid. One and a half million women who use the program do so through Planned Parenthood, which means that roughly a third of all Title X patients are Planned Parenthood patients. But in 24 states, Republicans have tried to shut off government funding at Planned Parenthood, efforts which often include attacking Title X funds.

The Obama administration is fighting back, however. The proposed rule "precludes project recipients from using criteria in their selection of subrecipients that are unrelated to the ability to deliver services to program beneficiaries in an effective manner," as the Federal Register summary explains. In other words, providers can be cut off for incompetence, but not because Republicans have decided they are politically convenient scapegoats.

"The Obama Administration is protecting access to health care for millions of people," Planned Parenthood head Cecile Richards said in a statement. "This rule makes it clear that politicians cannot ignore the law as they pursue their agenda to stop women from getting the care they need."

"We’ve known all along that the Obama Administration will go to untold lengths to protect its friends in the big abortion industry," Rep. Diana Black (R-Maryland) told LifeNews. She called Planned Parenthood "scandal-ridden" and accused the organization of "trafficking in baby body parts".

Roughly every word of that is nonsense. Planned Parenthood is a non-profit, not an "industry," and abortion constitutes about 3% of its services. There is no "scandal" around Planned Parenthood, unless you want to count all the conservatives who continue to be scandalized that people have sex even when they're not trying to get pregnant. The claim that they are "trafficking in baby body parts" has repeatedly been exposed as a blatant lie concocted by anti-choice fanatics.

Perhaps most importantly, Title X funding doesn't have anything to do with abortion. Federal law prohibits the funds from covering abortion services. Instead, the money is there to subsidize reproductive health services for low-income women. For instance, if Planned Parenthood normally charges $30 for a packet of birth control pills, they might be able to offer them at $10 to a woman who qualifies for Title X funding, with the government covering the rest of the cost. (These numbers are estimates. Prices range widely depending on geography, income level, and form of contraception.) At no point does abortion factor into the equation.

While affordable contraception access is always a critical part of women's health care, the issue is especially salient right now, as the number of Zika cases grows and the CDC is recommending that women delay or avoid  pregnancy if there's a risk that they were exposed. In an unhappy coincidence, some of the states that have been most avid about cutting women off from affordable contraception at Planned Parenthood are also states that happen to have Aedes aegypti, the species of mosquito that can carry the Zika virus.

In Florida, for instance, Gov. Rick Scott signed a bill that would end Title X funding to Planned Parenthood, effectively cutting thousands of women off from birth control access right as the Zika virus is spreading in the state. Luckily, a court order has halted the bill and hopefully the proposed rule at the HHS gets adopted, making it even harder for Zika-afflicted states to deprive women of the best tool they have for preventing Zika-related birth defects.

Republicans often dismiss these concerns by saying that women should simply switch to "community health centers," but this is a disingenuous ploy. You can't cut off millions of women from their reproductive health care provider and simply expect other clinics, most of whom don't have a gynecologist on staff, to absorb their patients.

"For the millions of poor women who depend on Planned Parenthood clinics, this scenario would mean the loss of affordable and accessible contraceptive services and counseling, as well as breast and cervical cancer screenings and testing and treatment for sexually transmitted infections (STIs)," Sara Rosenbaum, the founding chair at the Department of Health Policy at George Washington University Milken Institute School of Public Health, wrote last year. "The assertion that community health centers could step into a breach of this magnitude is simply wrong and displays a fundamental misunderstanding of how the health care system works."

Due to the ongoing drama in Congress, it's safe to conclude that Republicans are far more worried about cutting women off from this reproductive health care than they are about preventing Zika transmissions or birth defects. But the Democrats are doubling down on efforts to protect women's contraception access, both in Congress and in the White House. It's a reminder that there are real, substantive differences between the parties, something that we need reminding of periodically in an election season driven more by horserace drama than real discussion of the issues.