White people who acknowledge privilege are more supportive of racial justice; the problem is there aren't many 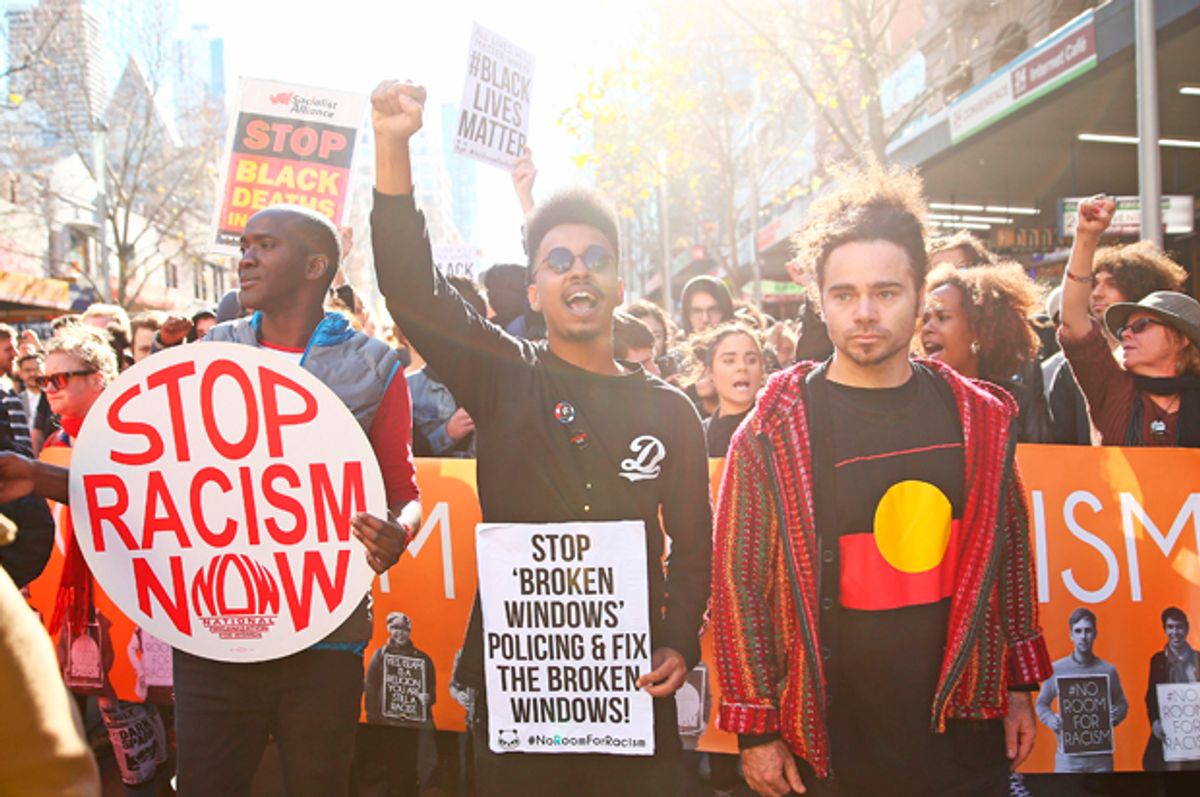 Barack Obama’s presidency has been defined by a new understanding by Americans that the country has yet to truly confront racism. His nomination was greeted with optimism which quickly turned sour, with 69 percent of Americans saying race relations are generally bad, levels equal to those following the Rodney King acquittal. Police violence and structural inequities have led to the Black Lives Matter movement, while on the right, racism propelled Trump to the GOP nomination. It’s clear that solving America’s many problems, from rampant levels of inequality to unemployment to lagging education systems to rising health care costs, will require us to understand how racism and privilege plays out in our society.

Whites Don’t Believe They Have Privilege

How do Americans understand concepts like “white privilege” in our society? The American National Election Study (ANES), a 1,200-person survey performed this past January, is an ideal source of data because it asks questions about privilege that aren’t often included in academic surveys. We analyzed the dataset to explore how views of privilege relate to other views on race and ideology. The question we examine asks respondents, “How many advantages do white people have that minorities do not have in this society?” Respondents can answer, “A great many,” “A lot,” “A moderate number,” “A few” and “None.” We collapsed these answers into three categories.

We find, perhaps unsurprisingly, whites are less likely to accept white privilege (although there is evidence that younger whites are more likely to say they have privilege). Only 25 percent of whites say white people have a great deal of or many advantages, compared with 66 percent of people of color. There were partisan gaps as well, with white Democrats more likely to say white people have privilege than white Republicans. White Privilege and Other Views

We also find evidence that a major barrier towards social progress is that people disagree about whether or not white privilege exists in society, and views on white privilege are strongly associated with racial resentment. As the chart below shows, whites who deny privilege also score higher on the battery of questions known as racial resentment (see chart). This relationship remains true even after controlling for party, ideology, gender, age, education and racial stereotypes. Racial stereotypes (the belief that people of color are violent or lazy) among whites aren’t linked to views on white privilege.

Resentment is measured by the following four questions, which were turned into a scale from 0 to 1 (political scientist Jason McDaniel generated the code for the scale):

Views of white privilege have a lot to do with attitudes of resentment against racial minorities. People who acknowledge white privilege are much less likely to blame blacks’ work effort for racial disparities, for example. The chart below shows that whites who deny white privilege also score higher on the resentment scale. Racial resentment measures how sympathetic whites are to the continued existence of structural inequities. Our analysis suggests these views are connected. Whites who believe they have advantages are more likely to accept more structural views of the persistence of racial inequalities. Those who acknowledge white privilege are also much more likely to recognize that blacks are stopped disproportionately often by police for no good reason: Why Talking About Privilege Matters

Acknowledging white privilege could present an opportunity for making progress on racial justice. But the problem is that when most pundits talk about race in America, they don’t focus on the complicity of whites in creating racial inequality or the equal stake of whites in eliminating it. They focus instead on nonwhites, so that race gets portrayed as a “people of color” issue instead of as everyone’s shared issue. Race gets pushed to the side as if it’s a specific identity group problem, when in actuality, it is relevant to white and nonwhite alike, because whites are implicated in producing racial inequality and also equally suffer from its existence in society. Spoken word poets, DarkMatter, have aptly captured the flaw in this logic: "Trans problems are not trans people's problems at all. They're straight people's problems with trans people." Similarly, race problems aren’t people of colors’ problems; they are white people’s problems with people of color, and they are the negative effects of this on everyone through racism and inequality in society.

Our discourse of focusing on people of color instead of on the dominant culture that marginalizes them places the burden of improving race relations on the marginalized themselves, as Toni Morrison has explained. If whites are not explicitly implicated in creating and perpetuating racial inequality — through systemic racist practices like white flight and political elites concentrating resources in white neighborhoods and away from nonwhite neighborhoods, resulting in disasters like Flint, Michigan — then they will not feel equal responsibility in combating it. This will necessarily stall progress, because people of color cannot end the discrimination against themselves; whites will have to join the fight to make progress. And this data suggests that encouraging people to acknowledge white privilege is one way to do it.

This is a barrier to progress on the left and the right, in different ways. The right suffers from not outwardly acknowledging that racism prevents us from achieving a free and equal democracy and instead attempts to treat everyone “the same,” as if race does not exist. Major GOP leaders like Paul Ryan, for example, have criticized Trump for his racist comments about Judge Curiel, while also recently stating that America has a “real culture problem” of inner city men “not working,” which is an indirect yet very racially charged comment.  (Trump, of course, is the anomaly in his more blatant racism.)

The left suffers because, while it acknowledges that inequalities exist due to race, it still fails to acknowledge that whites are complicit in producing racial inequality. Many progressives will say without hesitation that black lives matter and understand the racism behind the phrase “all lives matter.” They acknowledge that blacks suffer disproportionately from violence in America. But progressives rarely push this further to explain why: because of the culture of white privilege and supremacy that marginalizes people of color to low-resource neighborhoods. This lens of implicating whiteness in the problem of racial injustice is critical for converting our politicians’ racial rhetoric into real progress on equality.

Until we start talking about race issues as being equally white people’s issues as people of color’s issues, we will fail to enlist whites actively against racism. However, the bright side that this analysis suggests is that if the left and right can successfully switch their racial discourse to acknowledge the role of whites and white privilege instead of solely focusing on people of color, we could see huge progress on racial equality.

Natalia Khosla is a medical student at the University of Chicago Pritzker School of Medicine and graduated from the London School of Economics with a master's in Gender, Policy, and Inequalities on a Fulbright Scholarship. Read her blog here.