Hillary powers through pneumonia — because that's what women do

Why is it surprising that the presidential candidate kept working even while ill? Women do it every day 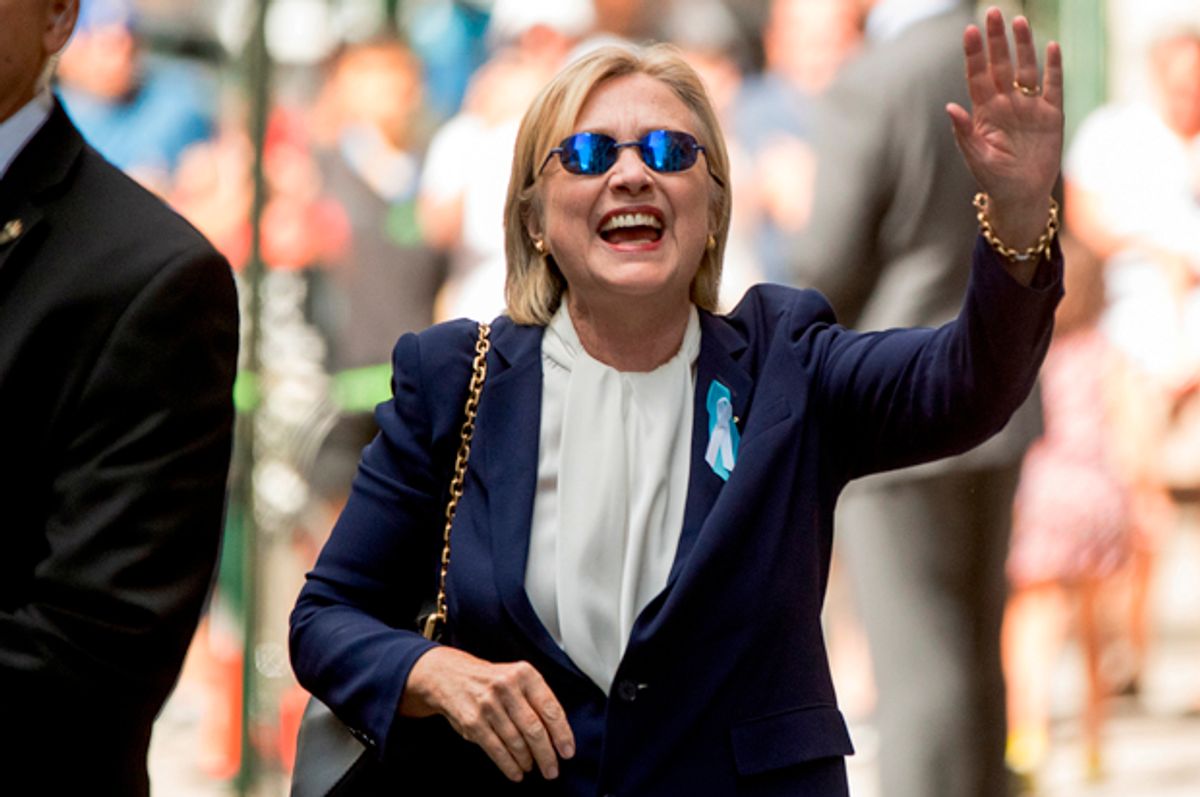 As the cover of nearly every newspaper and news site in America made abundantly clear Monday morning, Hillary Clinton, the Democratic candidate for president of the United States, cut short her appearance at 9/11 memorial ceremony on Sunday and later disclosed that she'd been diagnosed on Friday with pneumonia. In a more normal world and in a more normal year, that information might receive a public round of supportive get well wishes, and then we'd move on. But these, as we are painfully aware, are not normal times.

Clinton's health has been a front and center topic of public speculation and armchair diagnoses for several months now, all couched in the vague concern about whether this woman — this woman with actual political experience and knowledge — is less qualified to run the country than her Twitter-troll reality-show-star opponent. It's a popular old ploy: Ladies, aren't you too weak to do this stuff? Why don't you just sit down and have a lemonade and leave the heavy lifting of running the world to the menfolk, dear? To which I say: You have got to be kidding me.

Powering through is what women do. Last month, Chinese Olympic swimmer Fu Yuanhui managed to shock the world by admitting that she'd had her period and had been feeling "a bit weak and really tired" during a medley relay. It was as if the reality that most of the 12- to 55-year-old female population of the planet still manages to get stuff done every single month was a revelation.

Three years ago, Jennifer Lawrence was diagnosed with pneumonia at the height of awards season, and though she scaled back some on her public appearances, she still managed to show up looking stellar in time to pick up her "Silver Linings Playbook" Oscar. Tony Award winner Kristin Chenoweth has asthma — even if you might not have been able to tell from the lung power she exerts in her tireless stage and TV work.

Oh, and Olympian and skating star Kristi Yamaguchi has asthma, too. And earlier this year, Lena Dunham shared a candid Facebook post about her endometriosis and her need to take a brief beat to rest, while acknowledging, "So many women with this disease literally don’t have the option of time off and I won’t take it for granted."

That's a hugely important distinction. I don't know any woman who hasn't shown up for work through injuries and illnesses, or any mother who doesn't use her sick days for her children's illnesses instead of her own. Because I work from home, I have over the past few years kept working through a vile case of chicken pox, multiple bouts of strep throat and two occurrences of cancer, taking time off only for surgery and treatment days. There was a lengthy period in there when I worked with someone who still expected me to reply to emails and answer questions on those hospital days. That's just what's expected of women in the workforce, so that's what gets done.

Let it be noted that while Donald Trump got out of military service because he had bone spurs in his heels, for a woman to acknowledge illness or an existing condition or the routine rhythms of the female reproductive system often has serious negative career consequences. We fear being viewed as weak, so we hustle through the job, hiding or downplaying our diagnoses and hoping nobody notices.

Can you blame the Clinton campaign, which has been under absurd scrutiny for every head turn, every cough, for initially keeping Hillary's illness quiet? Could the Clinton team not know that if you're looking for an argument that someone is unfit for a job, having a treatable and temporary illness sure seems more credible than "is actually an ignorant, incompetent bigot but at least has a penis," right?

Yet Hillary's stamina, as anyone who's watched her over the past few decades should know, is a force to be reckoned with. And as writer Liz Meriwether pointed out Sunday, "If anything, the fact that she was campaigning with pneumonia proves that she's tough as balls."