Trump campaign manager dismisses calls to release medical records: "We all have a right to privacy" 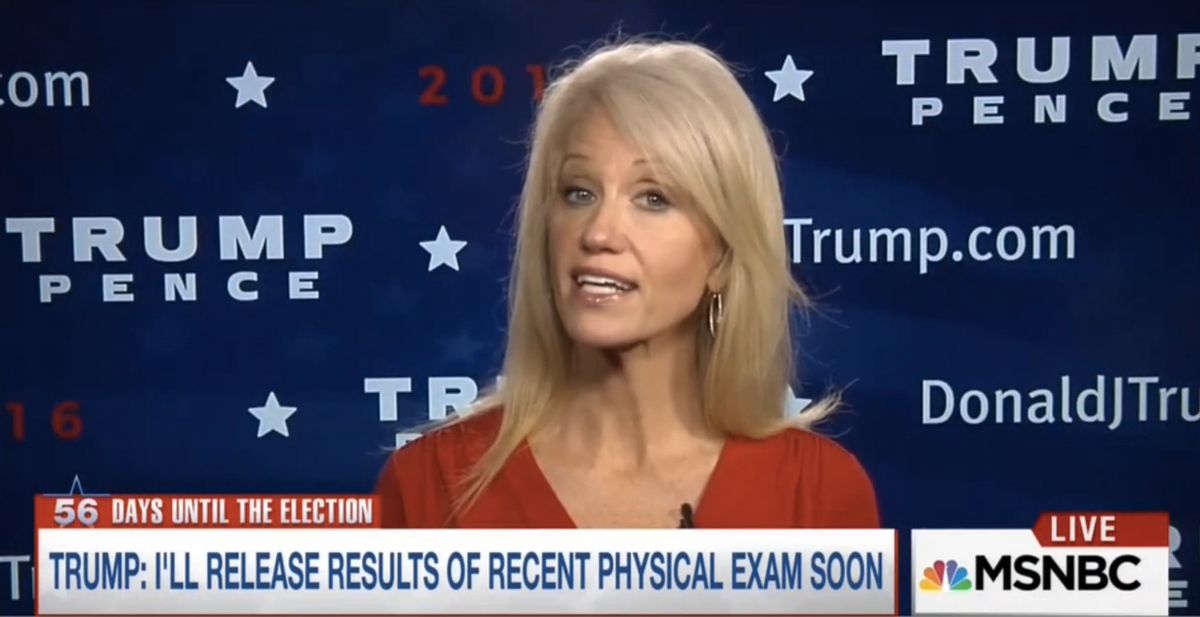 Donald Trump's third campaign manager has been universally praised as the most skillful political tactician of the bunch, but Kellyanne Conway's whiplash-inducing about-face on health disclosure in the span of two days should raise doubts about her political communication skills.

Eager to make hay out of Trump rival Hillary Clinton's recently revealed bout with pneumonia, Conway was quick to jump on the Democratic presidential nominee for failing to disclose her health sooner.

But when Axelrod, a Clinton supporter, shot back that transparency works both ways and called on Trump to release both his medical records and tax returns, Conway was suddenly singing a different tune.

Appearing on MSNBC's "Andrea Mitchell Reports" on Tuesday to preview Trump's upcoming discussion on his health regimen during a taping of the "Dr. Oz Show" this week, Conway dismissed pressure for Trump to release his own full medical records.

“Remember, I'm with Dr. Oz and millions of Americans on this. I don't know why we need such extensive medical reporting when we all have a right to privacy,” she told the host.

.@KellyannePolls: "I don't know why we need such extensive medical reporting when we all have a right to privacy" pic.twitter.com/UCzu5a2rFd