Trump's child-care policy: A combination of the useless and the inadequate 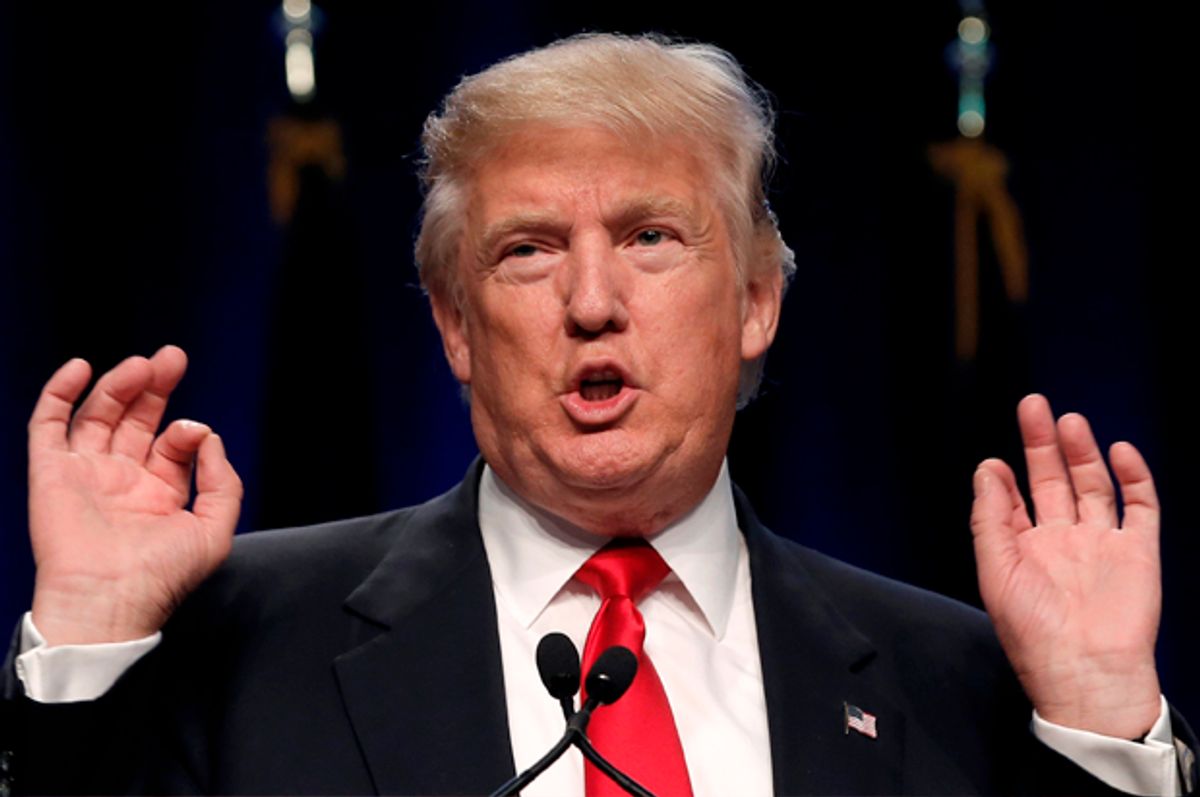 Donald Trump will stop by Aston, Pennsylvania, this evening to lay out a more fully developed version of the child-care policy he teased about last month. Going by early indications, it looks like the Republican’s proposal is a mix of useless and inadequate policies that won't really fix the problem of wildly expensive child care.

Let’s start with the useless. As Trump hinted last month, the centerpiece of his plan is a provision letting parents deduct the costs of child care from their taxes. The problem here is that people who need the most help affording child care — poor and low-income families — frequently don’t have any federal income tax burden. If they’re already paying zero dollars in federal income tax, an extra deduction won’t do them any good; they’ll still be paying zero dollars.

The only significant change Trump has made from his original proposal is that he’s planning to exclude high earners (individuals earning more than $250,000, families earning more than $500,000) from claiming the deduction. But that doesn’t alter the fact that the key component of Trump's child-care proposal seems to deliberately exclude the people who need the most assistance.

By contrast, Hillary Clinton's plan to cap household child-care expenses at 10 percent of income delivers a lot more in the way of savings. The Economic Policy Institute calculated the state-by-state impact of a 10 percent cap, and for states with higher populations and steeper costs of living, the numbers are dramatic. In New York, a family with an infant would save more than $7,400 annually. A Massachusetts family would save $8,300. And poor families in Washington, D.C., would save a whopping $16,272.

But the flashiest component of Trump’s child-care policy is his proposed six weeks of paid parental leave through unemployment benefits. Six weeks isn’t nothing, but it’s exactly half of what Clinton is proposing. And Trump plans to pay for it, per Politico, by “eliminating unemployment insurance fraud.” This is a common refrain from the Trump camp, which has insisted (against mathematical evidence) that all the candidate’s tax cuts and spending proposals can be paid for simply by eliminating “waste, fraud, and abuse” in the federal budget. It’s tough to get a handle on just how much fraud exists within the unemployment insurance system, but one study found that about $3.3 billion in fraudulent unemployment payments went out in 2011. The Trump campaign, meanwhile, has said the annual cost of its proposal is $3.4 billion.

Even with these massive deficiencies, Trump’s plan is ahead of his party's stance on the issue of paid parental leave. The Republican speaker of the House opposes paid leave, calling it an “unfunded mandate.” One of Trump’s chief rivals for the Republican presidential nomination, Ted Cruz, has said that he supports the idea of paid leave for parents, but “I don’t think the federal government should be in the business of mandating them.” The only other 2016 Republican presidential candidate who flirted with embracing paid leave as a policy was Marco Rubio, but his proposal was a weak tax incentive for employers that did little to nothing to guarantee paternity benefits for employees.

But while Trump is at least doing something to inch the GOP forward on paid leave, the policy he’s putting forth doesn’t appear to do much to adequately address the problem of increasingly expensive child care.