There's more resistance to Trump inside the GOP than you might realize; people are just too scared to come forward 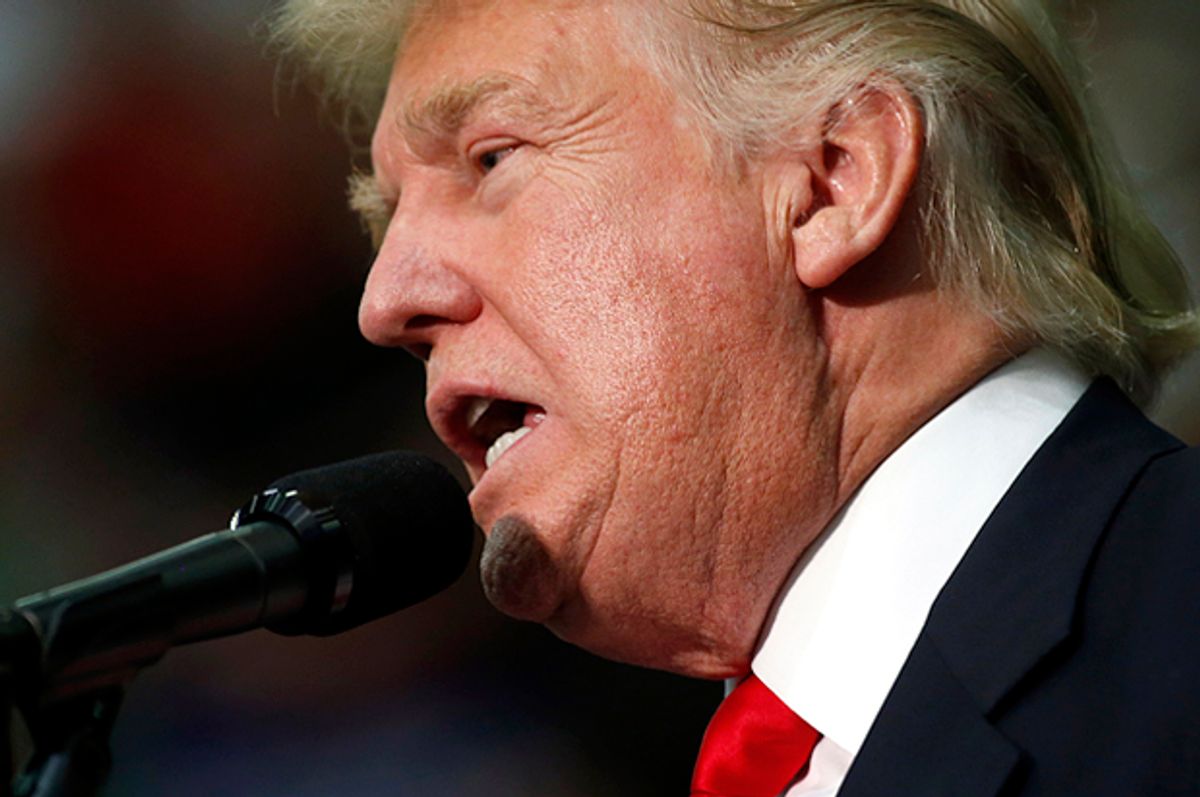 ASHEVILLE, NC - SEPTEMBER 12: Republican presidential candidate Donald Trump speaks to supporters at a rally on September 12, 2016 at U.S. Cellular Center in Asheville, North Carolina. Trump criticized Democratic rival Hillary Clinton for saying that half of his supporters belong in a "basket of deplorables." (Photo by Brian Blanco/Getty Images) (Getty/Brian Blanco)
--

There is no greater profile in courage this election cycle than the conservatives who will only speak out against Donald Trump from behind the comfort of anonymity. Unless it is the avowed #NeverTrump editors who will nonetheless turn over space on their website to a convicted felon for an incoherent defense of the xenophobic sweet potato and Republican presidential nominee that amounts to “He’s not really a right-wing reactionary and anyway it’s Hillary Clinton who keeps making all the gaffes.”

Consider the three examples just from the first two days of the week:

And that was just Monday and Tuesday. Who knows how much more of this kind of spineless hedging about the candidate we will see in the final eight weeks of the campaign.

Now, because the GQ and BuzzFeed stories relied on anonymous sources, it’s good to take them with a grain of salt. There is always the possibility that this is some high-level trolling from Republicans who like to wind up Democrats, a group notoriously prone to panicking.

But if we take them at face value, especially the BuzzFeed sources, then we should be nothing but contemptuous of them. By this point, it seems to be clear to any person to the left of Genghis Khan on the political spectrum that Trump is dangerously unqualified to occupy the Oval Office. (If it isn’t clear, here is a list of a mere 176 reasons why no one should vote for Trump.) Yet here are conservatives using terms like “terrifying” and “terrible for America and for the world” to describe a potential Trump presidency, and who still will only reluctantly vote for Clinton and will certainly not have the courage to publicly take a stand against their party’s candidate.

This is the ultimate expression of privilege, to assume that the presidential candidate equivalent of the Big One won’t destroy your house so long as you keep your head down and don’t let the San Andreas Fault know you’re there.

Added to the farcical nature of the anonymous whining is that these Republicans are apparently mad that Clinton has struggled to put Trump away. This after 25 years of often-baseless attacks and bad-faith complaints about and attacks against the Democratic candidate by the GOP have helped drive her unfavorable ratings with the public into sky-high territory.

In other words, the same people who have suffered from Clinton Derangement Syndrome for a quarter century are now upset that Clinton can’t destroy the candidate created by years and years of their own dishonesty.

It would all be hilarious if it wasn’t so craven and pathetic.