GOP Rep. Steve King slams Colin Kaepernick: "This is activism that is sympathetic to ISIS"

"I understand that he has an, umm, Islamic girlfriend that is his fiance and that this has changed him" 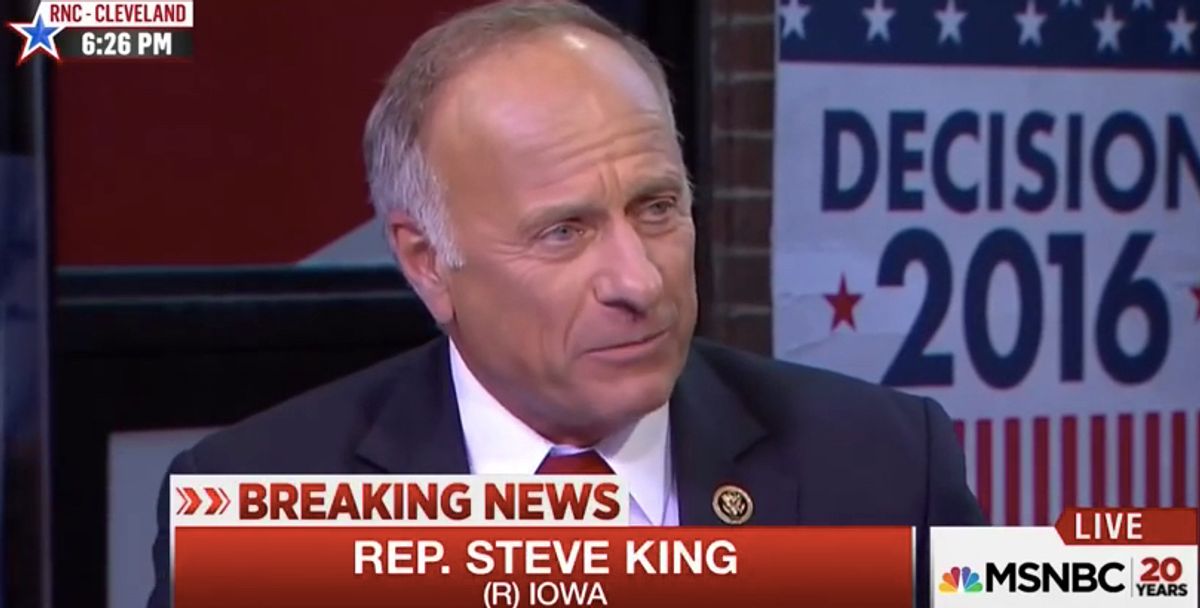 The Iowa congressman appeared on Newsmax's "Steve Malzberg Show" on Monday to slam the 49ers backup quarterback for his silent protest against the national anthem in an effort to raise awareness about police brutality against African-Americans. King piled on the criticism for Kaepernick, claiming that his "activism is sympathetic to ISIS."

After the host asserted that the 49ers coach was incorrect to claim that Kaepernick holds a constitutional right to protest "when you are working as a football player for a football team," King agreed and suggested that Kaepernick should be fired for his protest.

"I think Colin Kaepernick is representing the San Francisco 49ers when he puts on that uniform," he said.

"When he steps out on the stage, the world stage, he's taking advantage of that and he's undermining patriotism," King argued. “For me, if I’m the coach, I would say, ‘You’re done. Until you take a knee and beg forgiveness from the American people, you’re not going to set foot out on this field again.’”

King then turned to unsourced and questionable rumors running rampant in right-wing media.

"I understand that he has an, umm, Islamic girlfriend that is his fiance and that this has changed him and has taken on some different political views along the way," King explained, referring to MTV personality Nessa Diab.

The NFL athlete has denied any recent conversion to Islam but said he has "great love" for the religion.