No passes for stereotyping of any kind: Hillary might have stooped to Trump's level

Trump has made a "safe space" for bigotry. Opposing him shouldn't cause us to engage in a new brand of belittling 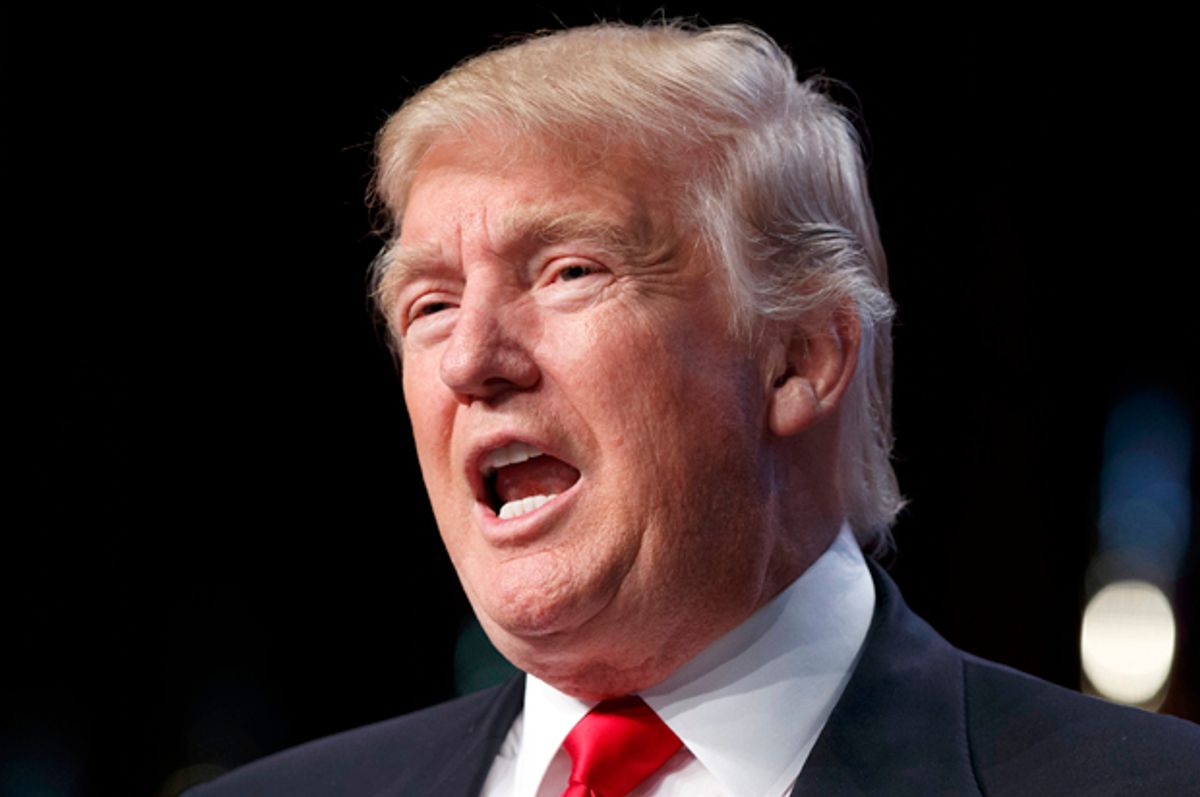 When Mitt Romney dismissed the 47 percent of voters who, he predicted, would support Barack Obama “no matter what” as “victims” who depend on government assistance, liberal critics called foul. The quote, caught on video by a bartender at a Florida fundraiser in September 2012, reinforced Romney’s image as an elitist whose interests were firmly aligned with the wealthy. Not surprisingly, Democrats repeatedly used the line against Romney, and while we can’t blame his defeat in that year’s election on that one line, it sure didn’t help, especially in Rust Belt states like Ohio.

You know, just to be grossly generalistic, you could put half of Trump’s supporters into what I call the basket of deplorables. They’re racist, sexist, homophobic, xenophobic, Islamaphobic — you name it. And unfortunately there are people like that. And he has lifted them up. He has given voice to their websites that used to only have 11,000 people – now have 11 million. He tweets and retweets their offensive, hateful, mean-spirited rhetoric. Now some of these folks, they are irredeemable, but thankfully they are not America. But the other basket – and I know this because I see friends from all over America here – I see friends from Florida and Georgia and South Carolina and Texas – as well as, you know, New York and California–but that other basket of people are people who feel that the government has let them down, the economy has let them down, nobody cares about them, nobody worries about what happens to their lives and their futures, and they’re just desperate for change. It doesn’t really even matter where it comes from. They don’t buy everything he says, but he seems to hold out some hope that their lives will be different. They won’t wake up and see their jobs disappear, lose a kid to heroin, feel like they’re in a dead end. Those are people we have to understand and empathize with as well.

You’d think Clinton would have learned something from Romney’s experience, but her description of many of Donald Trump’s supporters as “deplorables” at an elite Wall Street fundraiser is actually far worse than Romney’s comment, because hers wasn’t an off-the-cuff remark. She repeated the description a couple of times, at multiple events and in an Israeli news interview. Her intention, it seems, was to call out the racism, sexism and xenophobia of many of Trump’s supporters, but it apparently wasn’t enough for her to criticize voters’ prejudices. Channeling Sarah Palin, Clinton went on to label some of Trump’s supporters as “not America.” When criticized, Clinton expressed “regret” for suggesting that her remarks characterized “half” of Trump’s supporters, but she stood by her critique of Trump’s campaign.

Clinton isn’t wrong that Trump has fostered division and fear in this country, or that many of those supporting the Republican candidate do seem motivated by fear and blame of people who are not like them. And yes, the venom and violence we’ve seen at Trump rallies is deplorable. Trump has clearly tapped into an underlying current of division and resentment, much of it focused on differences of race, gender, religion or nationality, and his campaign has exploited a deep and hurtful weakness in American culture. He has created a “safe space” for hatred, dismissing political correctness, encouraging paranoia and modeling blame, denigration and hatred. As Ta-Nehisi Coates argues in The Atlantic, we do need to take seriously both Trump and Americans who take his campaign as permission to go public with attitudes about which they might otherwise express only in private.

But we also need to take seriously the prejudices of the other side. When Clinton dismisses some Trump supporters as “irredeemable” and “deplorable,” she is — like Trump when he describes Mexican immigrants as criminals or Muslims as terrorists — voicing the prejudices of many of her liberal and elite supporters. While white people who fear blacks and immigrants know — and resent — that openly expressing racism or xenophobia is not considered acceptable in the United States today, college-educated liberals feel no compunction about dismissing Trump supporters as idiots who are too foolish to understand how often their candidate lies and too poorly educated to recognize how thin or misguided his policy positions really are. If only they were as smart as we were, such comments suggest, they wouldn’t buy Trump’s promises.

This is classism, plain and simple. It reflects the assumption that “they” are fundamentally different from “us.” And while some of these comments suggest that these others are misguided because they don’t have “our” advantages, too often, as in Clinton’s all-too-easy sorting of people into baskets and her suggestion that some are “irredeemable,” the problem is defined as a matter of character.

Clinton’s comments crystalize the contradictions of this year’s campaign and the situation of many working-class and struggling middle-class Americans. We can’t give these voters a pass for their prejudices. Many refused to vote for Obama because he’s black, and some probably won’t vote for Clinton in part because she’s female. People are saying and doing things in this year’s election that make painfully visible the resentment and hatred that undermine civic life in this country. But they are also themselves victims — of corporate greed, of neoliberal policies forwarded by both parties and of class prejudices, often coming from those who steadfastly claim to care about inequality and injustice.

That Clinton made these comments at fundraisers, including one focused on LGBTQ voters in New York, highlights this last contradiction. As Glenn Greenwald argued in the Intercept, in their avid rejection of Trump and his supporters, some in the media and on the left are “jettisoning” their own core beliefs, giving Clinton a pass not only for her dismissive comments this weekend but also for her Wall Street cronyism and her history of neoliberalism.

If Clinton wins in November, as she seems likely to do, many of those who have dismissed Trump’s supporters will feel relieved and vindicated. And if this year’s election is like most, public discussion of the challenges facing the American working class will largely disappear. Worse, despite her campaign’s attention to inequality, Clinton will likely continue to promote policies that will leave many Americans further and further behind. And the “deplorables” will be all the more primed to rally behind the next demagogue.

If we want real change, we need to hold both sides accountable. We can’t give Trump’s supporters a pass for their attitudes. We can’t give Hillary a pass for dismissing a large number of citizens as “not America.” And we can’t give the media, liberals or the Democrats a pass for ignoring and denigrating the working class. Like it or not, they are America. They are us.