Alarm: This is not a joke 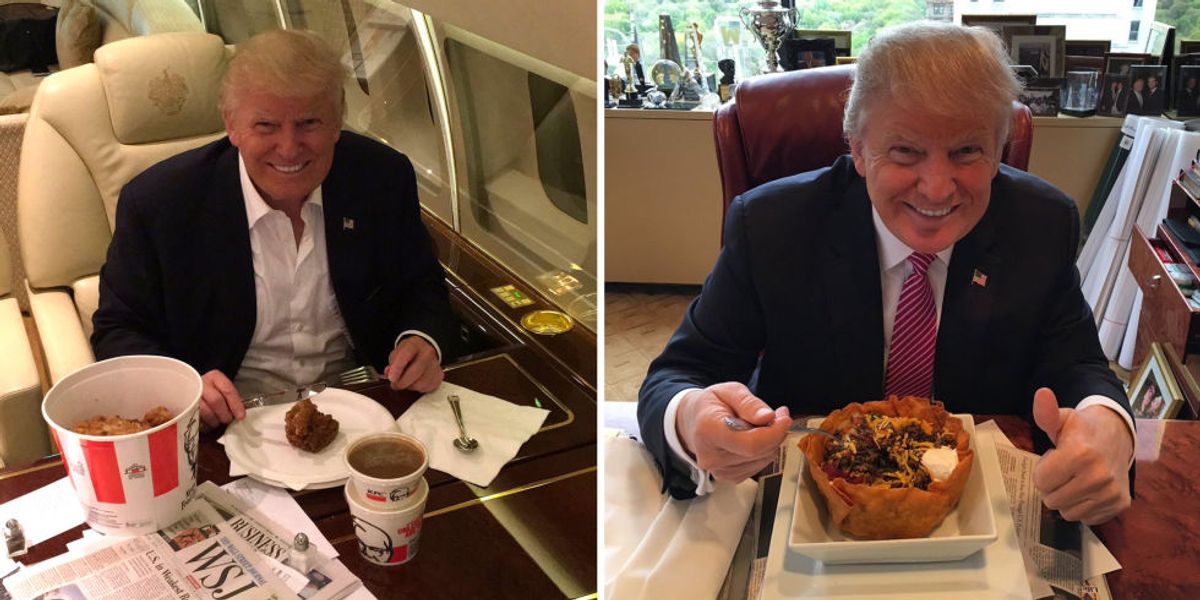 In a speech to the Economic Club of New York in Manhattan, Republican presidential nominee Donald Trump provided the latest iteration of his tax plan. And according to an accompanying fact sheet released by the Trump campaign, the businessman turned White House aspirant plans to dramatically scale back government regulations, including food safety and environmental measures, in order to save almost $1 trillion over the next decade.

While even Republican House Speaker Paul Ryan was telling reporters that he believed his party's presidential nominee should release his tax returns (Trump has refused to do so thus far, bucking a decades-long bipartisan tradition), the real estate mogul was telling a room full of Manhattan businessmen and economists that America no longer has any wealth and outlining his tax plan to "make America great again."

Besides increasing each of his three tax brackets from their proposed 2015 levels, Trump said in order to pay for his $4.4 trillion in tax cuts he would eliminate the Environmental Protection Agency’s Clean Power Plan, the Waters of the United States rule aimed at protecting America’s waterways and existing limits on carbon pollution from power plants.

But perhaps most shockingly, Trump proposed slashing the power of the Food and Drug Administration.

“The FDA Food Police, which dictate how the federal government expects farmers to produce fruits and vegetables and even dictates the nutritional content of dog food,” the Trump campaign fact sheet complained.

“The rules govern the soil farmers use, farm and food production hygiene, food packaging, food temperatures and even what animals may roam which fields and when,” the fact sheet continued. "It also greatly increased inspections of food 'facilities,' and levies new taxes to pay for this inspection overkill."

"My plan will embrace the truth that people flourish under a minimum government burden," Trump said on Thursday, arguing that slashing protections and regulations would raise the nation's economic growth rate to at least 3.5 percent.